Ronda Rousey’s Lip Now “Looks Awesome” Thanks to the Doctors 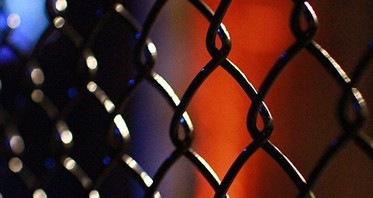 A deep split lip, suspected broken jaw and shattered pride was what UFC fighter Ronda Rousey faced as she was whisked away to hospital following her clash with Holly Holm. The UFC 193 fight held in Melbourne has been hailed as one of the biggest upsets in the sport’s history, as underdog Holm’s knockout head kick took Rousey down. The defeated Rousey has since been in hiding, not necessarily to avoid the media, but more likely to give her face extra time to heal.

Bloody and swollen, Rousey’s face was so damaged by Holm that the 28-year old required plastic surgery to repair her face after the intense clash. According to UFC President Dana White, the broken jaw was just a rumour and it was the lip which was more of a concern.

Enlisting the help of top doctors to repair the face of UFC fighters is not a new initiative, but it’s becoming more of a standard. White tells Hinchcliffe this is because doctors tend to focus their attention on stitching up and healing, but not on their overall appearance leaving the individual with a nasty scar.

Particularly now with more women fighters involved in the UFC, White says they are “big on the medical side”. Jessica Penne was another causality requiring the skills of a doctor earlier this year as she was defeated by Joanna Jedrzejczyk in UFC Fight Night 69. Penne was immediately flown to LA to get her nose repaired by a leading doctor as, according to White, a doctor would have stitched or stapled the wound with little regard to what her nose was going to look like after it healed.

Cuts in fighting are considered one of the biggest injury problems, suggests White. Cuts need to be sewn up properly to avoid them reopening again if they choose to continue to fight. For Rousey, her lip was carefully sewn with interior stiches from the inside out to minimise the likelihood of scaring.

Las Vegas doctor, Frank Stile, has made a name for himself repair the battered faces of fighters, particularly in the scene of mixed martial arts. Stile tells wired.com the injuries sustained by amateur or pro fighters are usually “closed by non-doctors, by emergency room physicians or some guy at the event.”

Stile agrees with White, repairing cuts in fighters can be difficult. This is because only the epidermis is usually stitched, instead of the cut being shut in layers. The next time there is contact in that area, the skin acts like tissue paper tearing easily and the cycle repeats every time the fighters enter the ring.

Meanwhile, Rousey has returned to the US keeping her face well hidden from the prying eyes of the media. Her medical suspension of six-months means she can allow the time for her face to heal before she spends the next eight months in front of the camera working on television and film projects like the 1989 cult classic, “Road House”.