Top 5 Countries For Performing The Most Cosmetic Procedures Revealed 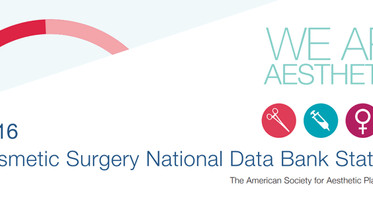 The International Society of Aesthetic Plastic Surgery (ISAPS) last month confirmed what we’ve known all too well: the demand for cosmetic surgery is on the rise.

Releasing the results of the annual Global Aesthetic Survey, it’s no surprise USA is at the top of the list performing the most cosmetic procedures in 2016. Following the USA was Brazil, Japan, Italy and Mexico.

At 2.2% of the worldwide total, France closed the top 10 countries. Australia ranked 18th performing 225,005 cosmetic treatments, a percentage of 1%.

The president of ISAPS, Dr Renato Saltz, wasn’t overly surprised by the latest statistics saying, “These results confirm something that most board-certified plastic surgeons already knew – that the demand for cosmetic procedures is stronger than ever. Around the world, we are seeing record numbers of patients looking to take advantage of the latest innovations in cosmetic surgery to look and feel better about themselves.”

Driving the demand for cosmetic surgery in women

While there has been an increase in popularity of cosmetic surgery amongst men, particularly with non-invasive treatments such as Vaser Liposuction, women remain the drivers of the industry. 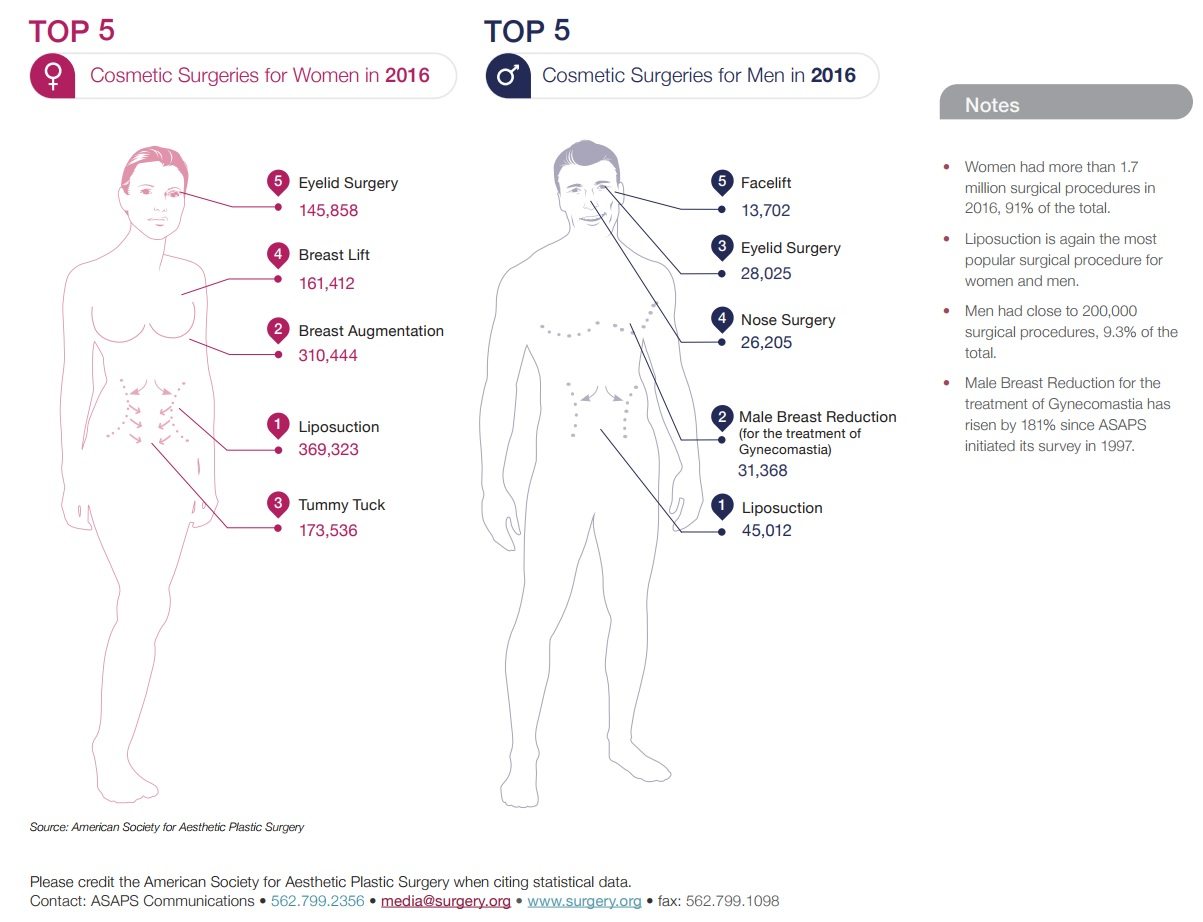 The fastest growing cosmetic treatment may surprise you

Whilst the world’s most popular cosmetic procedure continued to be Breast Augmentation, the fastest growing cosmetic treatment in 2016 may surprise you. Labiaplasty, a procedure designed to reduce the size or improve the shape of a women’s labia, saw the strongest increase.

The day procedure which is performed under general anaesthetic, experienced a 45% rise from 2015 as more women sort to address an area they were previously troubled with. At Cosmos Clinic, we’ve found Labiaplasty can help improve a patient’s self-confidence and body image, reduce discomfort and enhance her sex life.

Lower Body Lift also showed a rise in popularity with the number of procedures performed increasing by 29%. Upper Body Lift and Breast Augmentation through fat transfer equalled with a growth of 22%. Buttock lift also experienced a healthy growth by 20% in 2016.

The least popular cosmetic procedure of 2016 was penile enlargement, which experienced a 28% decline.

The latest survey produced by the ISAPS clearly shows people’s interest in cosmetic surgery is only growing stronger. With the advancement in technologies and the introduction of cutting-edge cosmetic treatments, we’d expect these numbers to continually grow into the future.