How Much Fat Can Liposuction Safely Remove?

The amount of fat you may want to remove through liposuction is likely to be different than someone else. Maybe you’re considering liposuction to sculpt your waistline or to enhance a breast augmentation procedure. While someone else may be wanting to transform their body shape entirely with liposuction surgery.

There is a general guideline that states the maximum amount of fat that can be safely removed from the body during plastic surgery is 5 litres per session. This limit applies regardless of your weight, percentage of body fat or your desired result.

There is some dispute in the medical community, however, about how many litres or pounds of fat can and should be removed with patient safety in mind. A 2015 study suggests that this guideline should be replaced with a sliding scale based on the patient’s Body Mass Index (BMI).

“The number is just picked out of a hat,” said Dr Gutowksi

Many doctors questioned this arbitrary guideline as there was no scientific data to support this absolute threshold. For years there was debate over how the volume limit was calculated.

“The problem is that this guideline seems like it was picked out of a hat”, said Dr Karol Gutowski a clinical associate professor at the University of Illinois at Chicago, “…there’s no data behind it. No science.”

Dr Gutowski and his colleagues established a database to record the outcomes of liposuction procedures performed over the previous fifteen years. The goal was to evaluate the correlation between liposuction volume and complication risk, taking into account the patient’s BMI.

The findings, published in the September issue of Plastic and Reconstructive Surgery, revealed that those with a higher BMI could have more fat safely removed by liposuction.

During the study, the investigators tracked over 4,500 liposuction patients most of whom were women; however, a considerable increase in men undergoing the cosmetic surgery was also noted. A large majority of the patients were treated as outpatients and were able to go home the same day following the procedure.

Did Risk Of Complication Rise When More Fat Was Removed?

The researchers did find a correlation between complication risk and increased fat removal. Patients who experienced complications had large liposuction volumes, on average 3.4 Litres and higher BMIs.

Those who had more than 5 Litres of fat removed increased their complication rate by 3.7 per cent.

After analysing the information gathered, Dr Scot Glasberg said, “the reality is liposuction surgery is incredibly safe”. In fact, the total complication rate was less than 1.5 per cent, with most of the side-effects not deemed serious and no deaths occurring.

The Risks Of Complication From Removing Too Much Fat

What are the risks? The body’s normal response to the trauma of the surgery is to swell, and excess fluid can build-up in the cavities where the fat has been removed. Most of the fluid will clear within six to eight weeks, however, sometimes seroma will form.

Generally, seroma is not considered a serious complication, and usually will resolve slowly on its own. Depending on the severity, however, the doctor might remove it by draining the excess fluid to speed up recovery.

Possible complications of removing excessive amounts of fat include the following;

Dr Gutowski said that through their research they identified the key factor in the liposuction complication risk relating to be the patient’s BMI. Those with the higher BMI were better able to tolerate large-scale fat removal during the procedure than those with a lower BMI.

This prompted the authors to introduce the concept of a “relative liposuction volume threshold” which is based on BMI. This tool enables doctors to have a sliding scale to assess complication risk and how this would increase for each individual patient.

This makes sense considering that for a patient weighing 50 kg, removing 1 litre of fat may be excessive, whereas removing 4 litres of fat during one liposuction procedure in a patient of 100 kg might not be excessive.

Each Patient’s Individual Risks Must Be Considered

In addition to the BMI sliding scale approach, each patient’s own individual risk factors must be considered. Factors such as the length of the surgery, adjunct cosmetic procedures and the patient’s overall health before surgery should all be taken into account when evaluating the liposuction risk.

Cosmos Clinic doctors use this tool and consider the patient’s desired results to determine the safety and most effective body contouring treatment for the patient. “Our risk assessment tool can further aid shared decision-making between the doctor and patient by linking BMI and liposuction volumes,” adds Dr Mitchell Kim of Cosmos Clinic Gold Coast.

This is your typical liposuction used to remove stubborn fat deposits from problem areas such as the tummy, love handles, arms, back, flanks, legs and even the chin. Here is an example of a Cosmos Clinic patient’s results from Vaser liposuction performed in the abdominal area. 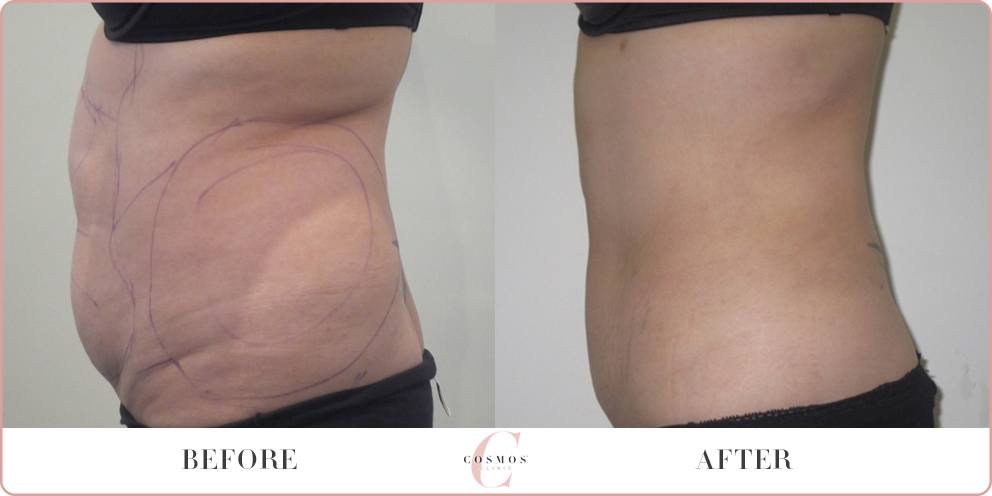 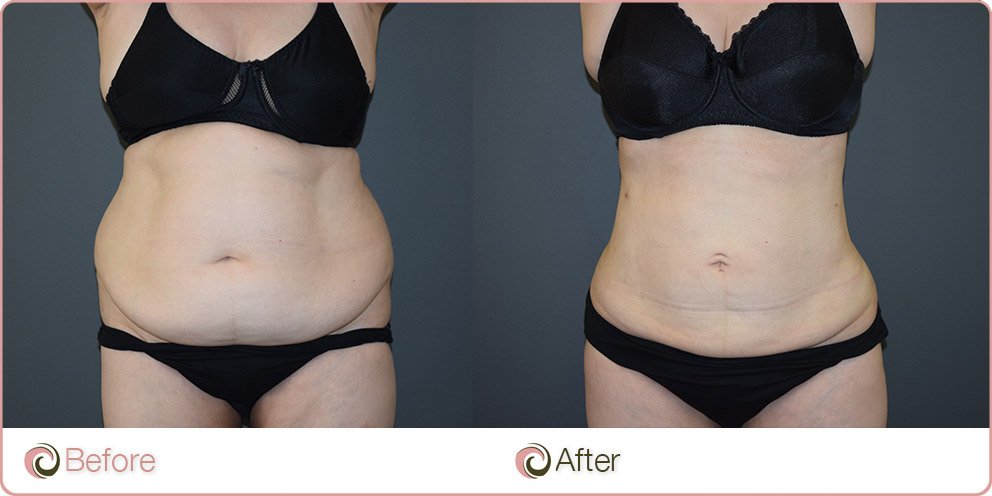 Vaser Hi-Definition Liposuction is for patients who already experienced weight loss or have a relatively athletic physique and want to achieve a more defined look. 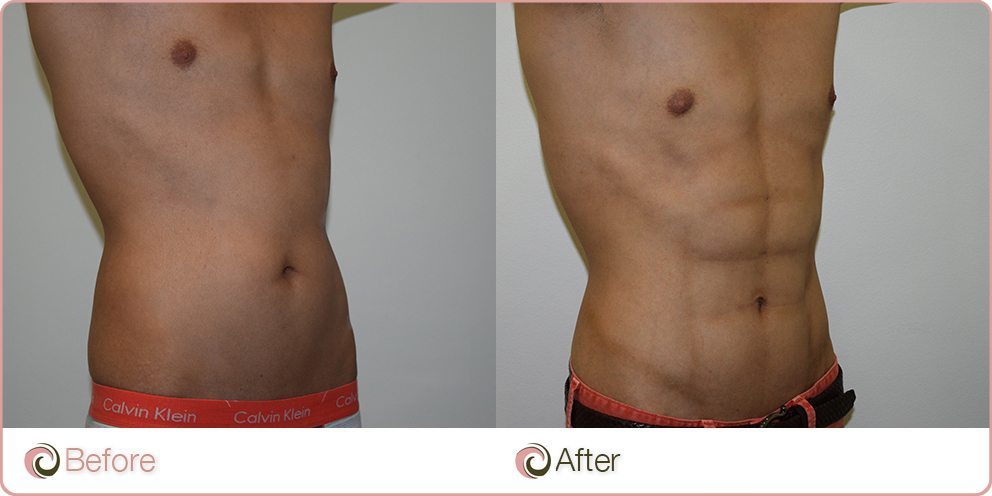 Liposuction May Not Be The Answer

It is important to note that liposuction is a cosmetic procedure and not a weight loss procedure. You will lose some excess fat and weight, yes, but think of liposuction more like a body contouring tool to help remove stubborn fat that is resistant to a healthy diet and exercise. Liposuction surgery also does not address cellulite or resolve body weight issues.

A major benefit of Vaser liposuction is that it causes the skin to tighten; however, if an excessive amount of fat is removed patients can be left with additional sagging skin. Dr Ajaka, explains that patients requiring greater amounts of fat removal may be better candidates for procedures such as a tummy tuck or thigh lift if they have excessive skin.

Those who are overweight and want to undergo liposuction may see better results by beginning with making some lifestyle changes and committing to losing some of the additional weight through exercise and diet before the treatment.

To get a better idea of how much fat can be removed through liposuction, it’s often better to see results than think about the volume of fat that will be removed. Check out more before and after photos and learn about Vaser Liposuction here, also read our article about life after lipo which offer tips on how to optimise liposuction results and maintain your post-liposuction physique over the long term.