After Liposuction – 20 Common Complaints From Around The Web 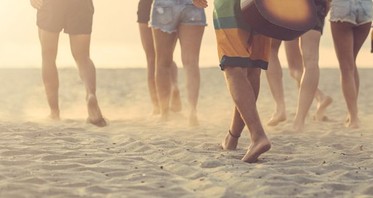 If you are considering liposuction, you should approach it with as much information and knowledge as possible. If you’ve invested your time in researching the best clinic and doctor, it’s now time to gen-up on some of the common post-lipo problems.

High expectations are valid; unrealistic ones lead to disappointment. In this case, honesty is the best policy. Your doctor will ask you about the kind of results you expect to see and having answered honestly they will tell you whether they’re achievable. 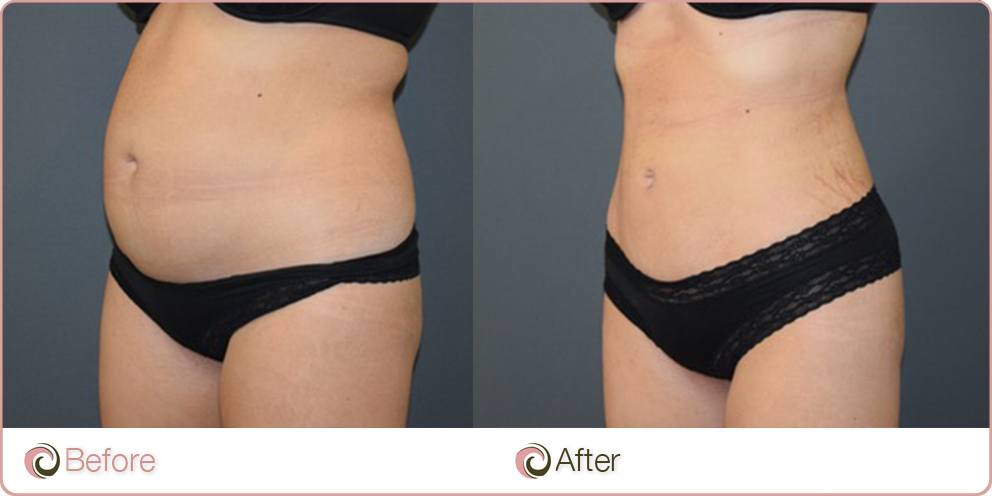 What should be smooth skin can sometimes appear to have dips (lipotrops) and other irregularities such as bumps or lumps (liponots). There are a variety of reasons why these appear, but most commonly it the size of a cannula used or lack of attention to detail.

3. Too much fat from one area

When a doctor takes too much fat from one area (focal excessive liposuction), the results can be unattractive, chiefly because they look unnatural. Excessive removal of fat from one area will most likely result in skin looking uneven, dented and bumpy.

No matter how tempting the thought of absolutely zero fat in your problem area, a human body needs a certain amount of fat. We are all about embracing natural-looking results that please rather than shock.

4. Damage to blood and lymphatic vessels

The word excessive should never factor in a discussion about liposuction. In the case of ‘Excessive superficial liposuction’, the under surface of the skin is overly irritated through microcannulas to tighten the skin. However, this is not a clinically proven method, and the results often lead to damaged blood and lymphatic vessels on the underside of the skin. Maltreatment leads to scarring, lumps, discolouration and sometimes kills the skin in this area.

In reality, our skin will naturally retract after liposuction because of its natural elasticity properties and because the weight of subcutaneous fat that was previously dragging it down has gone.

Superficial liposuction (the removal of fat closest to the skin) can produce a skin-blotching effect that will neither disappear nor fade over time. This discolouration is caused by the rasping the surface and damaging the superficial vascular network.

While the tumescent technique (the use of local anaesthesia to solidify fat for ease of removal) has nearly entirely eradicated cases of hematomas, it is still worth discussing. A hematoma forms when blood escapes from an injured blood vessel and collects in a ‘pool’ within the body. A seratoma acts similarly but is made up of a pool of blood serum.

If excessive superficial liposuction damages the body’s vascular supply, the skin will die. In particularly severe cases it will lead to full thickness skin necrosis. Other issues that can lead to skin necrosis include infection, thrombosis and inflammation of the blood vessels.

Despite the manufacturer’s warning against using it for these purposes, some doctors apply Reston foam to skin after liposuction. Not surprisingly, many patients are allergic to the adhesive in the foam with complications ranging from blistering to, at worse, lethal infection.

For some people those with darker pigmented skin, the site where a doctor inserts the liposuction cannula and moves it around can inflame and injure the skin leaving an incision mark that takes time to fade. A good doctor will consider this and use incision entry points that can be covered up with clothing.

With darkly pigmented skin the marks can still be seen for some years whereas it will be closer to six months for those with lighter skin pigmentation.

Better known as fainting, vasovagal syncope occurs when the heart reduces blood flow to the brain resulting in the person losing consciousness. Typically, a person is standing or sitting when this happens, the resulting fall usually causes head and neck injuries.

Many people are prone to fainting or feeling faint. While fainting in the operating room is unusual (as you are flat), some patients will tend to drift towards feeling light-headed at the thought of undergoing an operation or the sight of blood.

If a patient begins to feel faint or nauseous, it is possible to use atropine to combat the unpleasant symptoms. Your doctor and the operating staff will check whether you are prone to or have experienced fainting or bouts of feeling light-headed.

The most common time for a person to faint or feel light-headed post-liposuction is the following morning, especially after they have urinated and then attempt to stand up. Other triggers can be the sight of blood on absorbent pads or decompression caused by the removal of post-surgery garments.

To avoid fainting or light-headedness

You need to ensure that you and your doctor are ‘on the same page’. Agree on treatment areas before surgery and ask the doctor to write these in a list or document to avoid any possible confusion or misinterpretation. Written confirmation is particularly important if your consultant and doctor are not the same people.

It is essential that the body drain all tumescent anaesthetic from the body post-surgery. Otherwise, Post-Liposuction Panniculitis (a type of inflammation) can occur. If you experience feelings of localised heat, redness or swelling, you should tell your doctor, so they can distinguish between this condition and infection.

Mild to moderate swelling on the lower body can happen after liposuction, with the most common areas being the legs and ankles. If a doctor treats a large circumferential area of the legs or thighs in one day, this often leads to swelling. Open-drainage and bimodal-compression can help to reduce any swelling. Our article on Post Liposuction garments will explain what you will need.

After liposuction to the abdominal area, it is common for gravity to push blood-tinged fluid towards the genitals. This movement creates a bruising and swelling that usually lasts for two to three days. Using a compression garment can help alleviate and reduce symptoms. 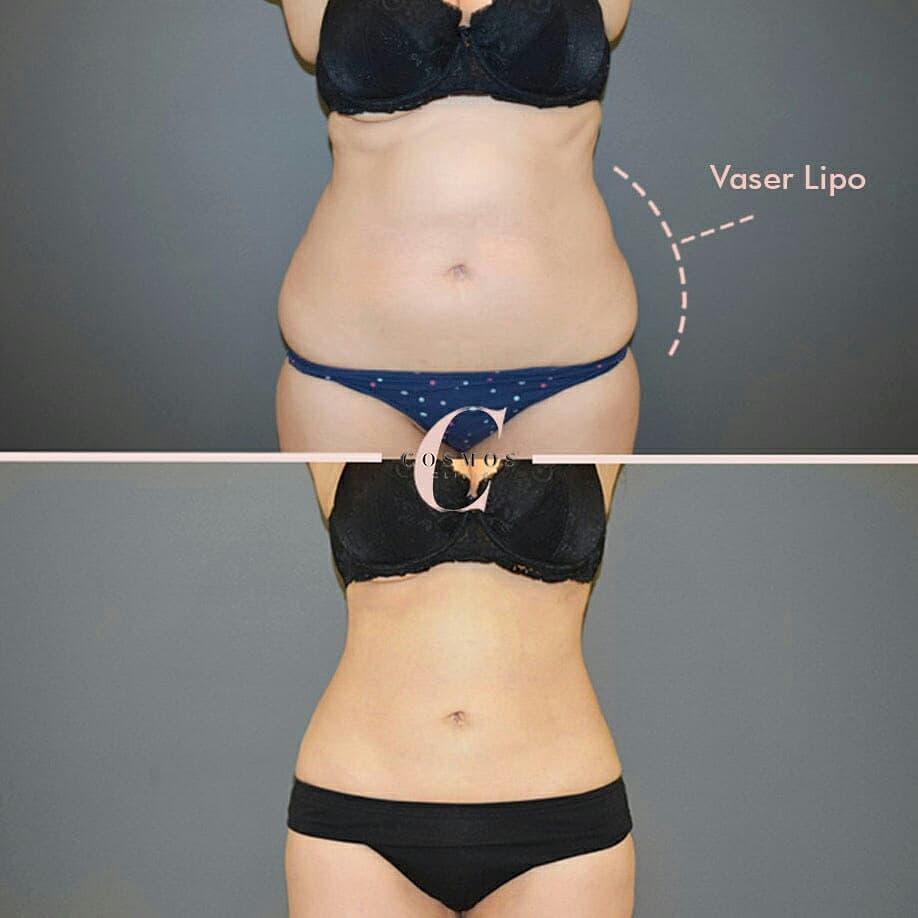 Bruising is less common than it once was thanks to developments in liposuction treatment. However, you can still expect a slight degree of bruising. Your likelihood to bruise is partly affected by your makeup but also by any drugs or platelet-affecting foods and drink you have consumed before surgery.

Compression garments will help to minimise bruising. You might also like to read our 4 Foods You Need to Avoid to Prevent Scarring From Surgery article.

Because the local anaesthetic used contains adrenalin, you may experience a rapid heart rate. Avoid other heart rate inducing drugs such as decongestants containing ephedrine before surgery. Anti-hypertension medication will reduce the risk.

Liposuction rarely causes vascular injury or excessive bleeding. However, there are a few exceptions which include diabetic patients (who are more prone to small vessel insufficiency) and the use of anticoagulant drugs such as aspirin, ibuprofen, red wine, garlic supplements and vitamin E. Avoid taking these until your doctor advises otherwise.

People often worry if they see large amounts of blood-tinged solution draining from your wounds. Your doctor will explain that rather than blood, this is the anaesthetic solution and the more that flows away, the sooner you will heal. On the flipside, some patients worry that there is not enough liquid and they will, therefore, be sore and recover slowly. If you are concerned, call your doctor.

Cosmos Clinic offers a range of liposuction procedures, depending on your needs. If you require more information about liposuction, read our article on Fat Removal Surgery Options or get in contact.