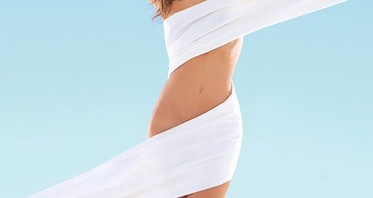 Exciting news for the cosmetic industry as last month the FDA gave approval for the latest fat reduction technology, CoolMini.  The CoolMini applicator is used as part of the CoolSculpting procedure, working to treat smaller pockets of fat in areas such as the neck, chin and jawline as well as the armpit and above the knee.

The days of wearing a turtleneck and sitting in the car doing humiliating neck exercises to refine your jawline and get rid of that double chin may finally be over!

Last week Dr Joseph Ajaka presented the new Zeltiq CoolMini applicator if front of an audience of curious media guests.  As a great supporter of CoolSculpting, Dr Ajaka is looking forward to being able to offer this latest technology to his clients. 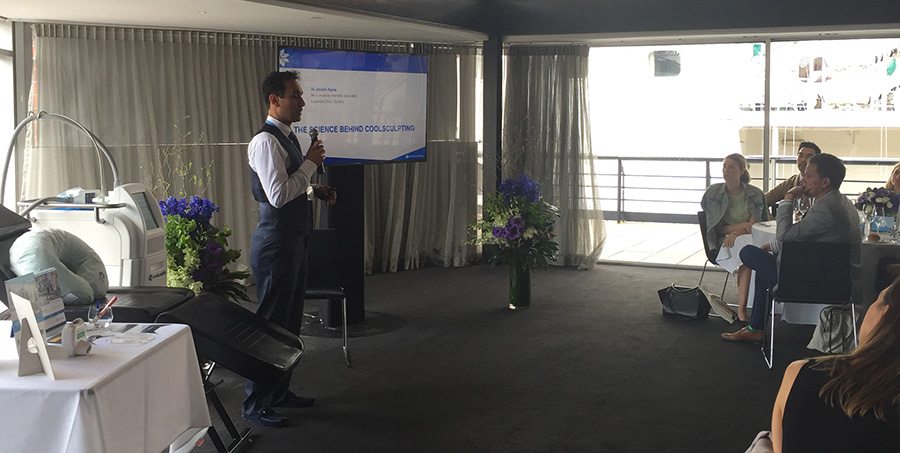 CoolSculpting is a cosmetic surgery treatment which has been available in Australia since 2010 and worldwide has been performed more than two million times.  It is a highly effective procedure which removes fat permanently by literally freezing the fat cells away.  Not only are the results impressive, the fact that it is a non-surgical and non-invasive affordable treatment has driven its popularity.

We have observed some incredible outcomes of this fat removal procedure, which is why Dr Ajaka is so excited about the latest add-on to this treatment.

A clinical trial resulting in an average of 20% fat reduction

The FDA clearance process of the CoolMini was based on a clinical trial involving 60 male and female patients, aged between 22 and 65 years old.  The patients received one to two treatments under the chin with the CoolMini applicator, staggered six weeks apart.

On average a 20% fat reduction of the chin area was achieved, which is significant for this area of the body.  The patients began observing results as early as three weeks post treatment, but full results were on average seen from one to three months.

Principle investigator for the CoolMini trial and speaker for Zeltiq, Suzanne Kilmer, M.D., stated “The outcomes I have observed using the CoolMini applicator to treat the submental area have been very positive, with high levels of patient satisfaction with… fat reduction and the lack of discomfort and downtime afterwards”.

There were no significant adverse events observed throughout the trial and the patients spoke of little to no discomfort or downtime.

CoolSculpting was developed by the U.S. medical technology company, Zeltiq, based on Harvard University research.  Scientists of the university observed babies and toddlers who were given ice blocks to suck for pain relief during teething.  As a result of the cool temperatures, they lost their chubby cheeks.  The baby’s fat being literally frozen to death inspired a number of CoolSculpting applicators to treat different areas of the body and types of fat.

Low temperature levels controlled by a cooling protocol of the CoolSculpting technology causes fat cells to crystallised before naturally dying.  While it doesn’t actually freeze the fat, it changes the structure of the fat from a liquid to a solid.  The fat cells are then expelled from the body over the following few weeks and months.

This groundbreaking technology provides everlasting results as adults cannot make new fat cells.  Patients of the treatment simply need to maintain a healthy lifestyle to preserve their results.  Many areas of the body can be treated, including the abdomen, love handles and thighs.

The addition of the CoolMini allows cosmetic practitioners to treat smaller pockets of fat such as under the neck.  It is a welcome add-on as more of our clients are seeking subtle, cost-effective improvements with little to no downtime.  As we age, areas such as the neck lack definition and also often increase in size.  Since 68 percent of the population is dissatisfied with their chin and neck fat (according to a 2010 study conducted by the American Society of Dermatologic Surgery), the CoolMini is the ideal technology to get rid of the extra submental fat and create a more youthful appearance.

CoolSculpting is providing to be an incredibly effective and safe way for patients to get rid of unwanted fat and is fast becoming the liposuction alternative.  The approval of the CoolMini add-on has simply expanded the use of the CoolSculpting technology to the smaller, more delicate areas of the body providing significant results with little downtime.