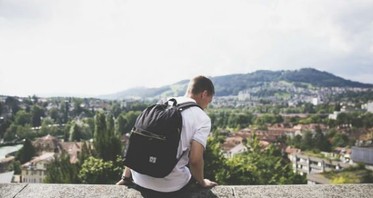 The rise in the number of young men seeking breast reductions surgery has surpassed any other form of cosmetic surgery requested by teens.  According to ASPS, the procedure increased by 14 percent last year, closely followed by dermabrasion, which increased by 11 percent.

The male breast reduction procedure treats the incidence of “man boobs”, formally known as gynecomastia.  It is a relatively common procedure where boys’ and men’s breasts swell and become larger than normal.  It can affect one or both breasts and in some cases, the tissue can be quite tender and painful. 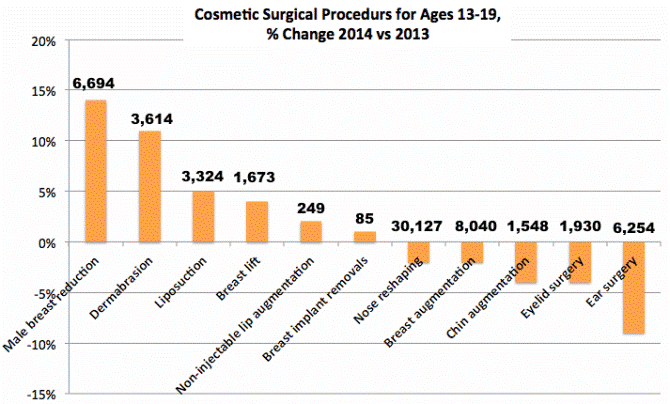 What causes the occurrence of gynaecomastia?

There are several factors that can cause gynaecomastia, mainly hormone imbalance and obesity.

Gynaecomastia typically occurs when there is an imbalance between the sex hormones, oestrogen and testosterone.  It is natural for men to produce some oestrogen, however, men with the gynecomastia condition have much higher levels than normal.  When the production of oestrogen increases, it causes breast tissue to grow.  What causes this imbalance to occur is not totally clear.

What we do know, is that this imbalance can occur during different life stages:

Being overweight or obese is a common cause of an increase in oestrogen.  While the growing trend of cosmetic surgery to treat gynecomastia in young men could be correlated to the rise in youth obesity rates, it is just one of the factors.  In many cases of gynecomastia, the breast tissue is not due to additional body fat and the condition can’t simply be improved by losing weight.

A male with fat under the skin area in the breast due to being overweight and giving the impression he has enlarged breasts may not be the same as the gynaecomastia condition.  This simply could be a weight issue, so it would be advised a healthy diet and a regular exercise regime put in place to control the weight gain before considering cosmetic surgery.

Other causes of gynaecomastia:

While obesity and hormonal imbalances are the major causes of gynaecomastia, in rare cases the condition can be caused by:

The breast reduction surgery for men suffering from gynaecomastia is typically a day procedure using Vaser Liposuction technology.  Vaser Liposuction will effectively remove both the glandular and fat tissue of the chest area.

Vaser Liposuction is the preferred method over traditional liposuction as it is much more efficient at breaking down the fat by separating the fat cells from the fibrous tissue.  This essentially makes it easier to remove and results in less trauma.

According to the ASPS, a total of 6,694 gynecomastia procedures were performed in the U.S. last year for men aged between 13-19 years old.  This is expected to continue rising as more pressure is put on young boys to aim for sculpted pecs and a chiselled torso.

Although there are rarely complications associated with gynaecomastia, for a young man suffering from the condition it can be embarrassing and can result in long-term self-esteem issues.  At school, the humiliation of changing in front of others in the gym or swimming with their top off can be significant.

It is a fairly common problem and in previous years many young teenagers would have learnt to live with it. In fact, the Daily Mail reported, over 200 adult men in the last five years have had cosmetic surgery to treat their condition in the UK alone.  With the awareness of the non-invasive cosmetic procedures available, it is evident more young men are looking to resolve the problem before it has lasting physiological effects.