‘Bigorexia’ is a growing issue among men that has experts concerned 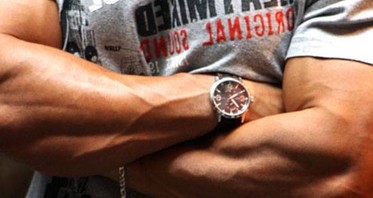 A recent study has revealed that today men are struggling with body image issues more than women.  There has previously been a mindset that being obsessed with appearance is only a female problem.  This stigma has resulted in most men not wanting to speak up and seek help for their issues.

‘Bigorexia’, a growing trend among men

The research by Sydney University found that more men are suffering from the physiological condition muscle dysmorphia, otherwise referred to as ‘bigorexia’.  It’s essentially a disorder causing sufferers to constantly obsess about being too small, underweight, or underdeveloped.  It’s considered the reverse of anorexia which is driving men to inject steroids in order to gain bigger muscles.

Lead researcher Scott Griffiths is concerned ‘bigorexia’ is an unhealthy growing trend.  He explains it’s not just women who are at high risk of extreme dieting and purging.  Men, however, are disproportionately likely to suffer from quality of life problems like depression.  This is partly due to their perception of how they should look in regards to muscle tone and height.

The research has shown that in spite of conventional wisdom guys that guys are not image-conscious and it does not affect them what we found was that it affects their mental health more than it does women, Mr Griffiths says in an interview with Daily Mail Australia.

This is because they think of having body issues as being a woman’s problem so don’t address it themselves and don’t get help. They put it off for longer because they find it demeaning and they put off the act of reaching out for help longer.

Mr Griffiths worries that due to the lack of willingness to talk, the problem is just getting worse.  And while a lot of women experience body image issues, he suggests it’s the men’s issues which case to case are worse.

Everywhere you look there are images of the perfect body and how we should look.

23-year-old Mitchell bravely revealed to Daily Mail Australia how he has experienced his own body image struggles.  After constant bullying in primary school about his weight, at age 11 Mitchell was diagnosed with anorexia.

He continued to struggle with his body image and bullying around his sexuality throughout his teenage years.  He was also diagnosed with bulimia.

At times I even felt guilty about drinking water. There is enormous pressure put on men as well as women to look good. The problem is that when you are suffering from image issues as a man it can seem unmanly to ask for help.

Mitchell says, while there is plenty of help for those struggling with their body image, the hardest part is asking for it.

The Sydney University study suggests that to a great extent the ‘bigoxeria’ disorder was being ignored by men.  Many men didn’t believe it was a threat to their health, therefore decided not to take it seriously. “It’s definitely gone below the radar because with issues such as bulimia and anorexia the focus is always on fat. For men, it is about their muscularity. They are taking steroids, laxatives and diuretics but we don’t see them as eating disorder behaviours,” Mr Griffiths said.

Mr Griffiths believes the eating and body image disorders are very different from those women struggle with.  He suggests strategies need to be designed to cater for how men experience and end up dealing with these behaviours. 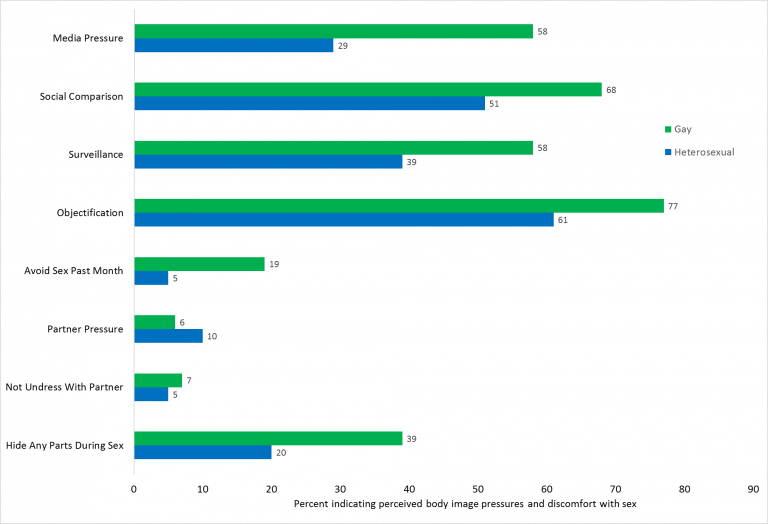 Another study by Chapman University found that up to 40 percent of men are dissatisfied with their physical appearance including weight, muscularity, height, or all of the above.  It also found that many men felt they were judged on their appearance, with gay men feeling greater pressure to look “hot”.

Cosmetic surgery may be a safer option than injectable steroid use

Statistics reveal body image issues often go undiagnosed or unreported in boys and men.  It is also suggested that among adolescent boys, half desire more muscle, and a third want more muscle and to be thinner.

As a result of more men wanting to achieve the perfect body, there have been massive spikes in the number of prohibited growth stimulants and steroids being imported into Australia.  According to the ABC, there has been a 570 percent increase in the customs seizures at Australian borders of ‘performance and image-enhancing’ drugs, including steroids, human growth hormone, Frankenstein stuff.  The numbers rose from less than 2,000 to 10,300 in five years.

Use of these drugs can have lasting consequences including shrunken testicles, reduced sperm count, impotence, baldness, pain on urinating, and gynecomastia.

The rise in men wanting to enhance their physical appearance hasn’t gone unnoticed in the cosmetic surgery industry. In fact, today we are seeing an equal number of men and women enquiring about cosmetic treatments, in particular, liposuction. And it’s not just men in early adulthood that are exploring the option of cosmetic surgery.  There is a growing trend of men over 50 undertaking liposuction Sydney.

New and improved cosmetic procedures are now catering for men, providing them with a safer, legal alternative to performance-enhancing drugs.  Treatments such as Vaser Hi Definition Liposuction are helping men improve their muscle definition, treat man boobs, and achieve an athletic, muscular physique.

Mr Griffiths suggests one of the first steps to combat disorders like ‘bigorexia’ is to eliminate cultural stigmas. “We haven’t been trained not to stigmatise with guys. We’re trying to build a pathway and get muscle dysmorphia recognised,” he said. “Once we have more information then we can start to inform prevention programmes for both men and women.”