Have we been watching our salt intake for the wrong reasons? 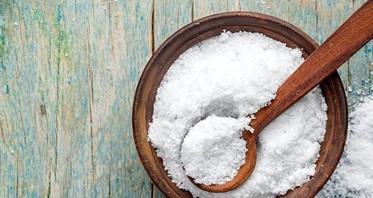 We’ve all heard the warnings about consuming too much salt. A diet high in sodium has been found to increase blood pressure, which raises your risks of heart disease and stroke.

Health professionals have based this on a theory that was discovered more than 200 years ago, but could everything we’ve known about salt be wrong?

The theory behind the harmful effects of consuming too much sodium

It’s common knowledge, that a diet high in salt (sodium chloride) could have harmful effects on the body. When you have excess sodium in the blood stream, the kidneys struggle and the sodium accumulates. You’ll get thirsty for water to help maintain correct blood sodium levels by excreting the excess.

To dilute the sodium, the body holds onto water which increases the volume of blood in the bloodstream and the amount of fluid that surrounds cells. As a result, the heart is required to work harder and the blood vessels are under more pressure.

Over time, the blood vessels stiffen and this leads to an increase in blood pressure and greater risks of heart attack, stroke and heart failure.

New research suggests what we’ve known about salt is wrong

New research published in the Journal of Clinical Investigation has us all question the age-old theory that excess salt is harmful. In fact, the two papers by Dr. Jens Titze, suggest that high levels of salt in the diet may actually help with weight loss.

The first paper details a study of male astronauts participating in a Russian space simulation. For 28 days, the astronauts were provided a diet that initially contained 12 grams of salt per day. This was reduced to 9 grams and then 6 grams throughout the cycle.

Going against the textbooks, the astronaut’s urine volume levels fluctuated over the cycle and the more salt the crew consumed the less they drank.

“There was only one way to explain this phenomenon,” Dr. Titze said. “The body most likely had generated or produced water when salt intake was high.”

Not only did the Russian crew feel less thirsty on a high-salt diet, they were hungrier even though they were consuming the same amount of food as when they were eating a diet low in salt. The urine test results suggested an explanation for this strange outcome, revealing an increase in the production of glucocorticoid hormones. Glucocorticoid levels influence both immune function and metabolism, with high levels associated with conditions such as Type 2 diabetes, muscle loss and osteoporosis.

Fascinated by the results and in a desire to gain further understanding, Dr. Titze began studying mice. The more salt the mice consumed, the less fluids they drank even though they had access to water.

The mice glucocorticoid hormone levels increased as they did in the astronauts which resulted in a breakdown of fat and muscle to excrete the excess sodium. During this process, water was freed up for the body to utilise which explains the increase in urine volume. It’s a similar adaption that camels make when there’s no water to drink. They gain water from breaking down the fat in their hump.

The mice also ate 25 percent more food when they were consuming the high-salt diet due to the increased energy expenditure required to breakdown tissue.

If Dr. Titze’s study results are correct, eating a high-salt diet could see you burn extra calories and as a result, lose weight. However, he cautions against consuming salt to drop excess kilos as the more salt you eat, the hungrier you will be in the long run. If you were eating a high-salt diet to lose weight, you’d have to ensure you didn’t consume additional food to make up the extra calories you burned. We all know how hard it is to avoid food when you’re very hungry!

Dr. Melanie Hoenig, an assistant professor of medicine at Harvard Medical School, explains the study is “novel and fascinating” with the work suggesting “we really do not understand the effect of sodium chloride on the body.”

However, like many health professionals who’ve analysed these papers, she hasn’t abandoned the view that high-salt diets can raise blood pressure and lead to harmful effects. “I suspect that when it comes to the adverse effects of high sodium intake, we are right for all the wrong reasons”, she told the New York Times.