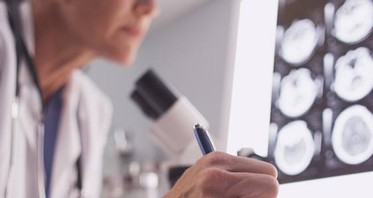 Ground breaking research has led to scientists finding a pea-sized part of the brain which may be the key to reversing ageing.

As we age, cells decline in numbers over time and if their function is compromised, we age at a faster rate. By replenishing stem cells, researchers have discovered it is “possible to slow and even reverse various aspects of ageing throughout the body”.

Dongsheng Cai, from the Albert Einstein College of Medicine in New York, recently carried out a study on mice focusing on the hypothalamus. It’s the tiny neurons of the hypothalamus located at the base of the brain that appears to have a significant impact on the ageing process.

The hypothalamus is responsible for a whole host of the body’s functions by acting like a processing unit. It influences our body’s temperature control, blood pressure, heart rate, appetite, digestion, libido and sleep patterns.

Through maintain homeostasis, the hypothalamus stem cells play a crucial role in our body by maturing to produce new neurons in our brain.

“Our research shows that the number of hypothalamic neural stem cells naturally declines over the life of the animal, and this decline accelerates ageing,” explains Professor Cai.

“But we also found that the effects of this loss are not irreversible.”

The loss of stem cells lead to faster ageing

Published in the scientific journal Nature, Professor Cai’s research found by replenishing the hypothalamus stem cells or the molecules they produce in mice, ageing could be paused.

In the studies on mice, Professor Cai’s team of researchers found these stem cells began to decline in numbers as the mice got older, but it occurred well before the signs of ageing appeared. Mice in captivity have a maximum of life expectancy of two to three years, but the hypothalamus stem cell numbers began to diminish when they reached 10 months. It wasn’t until several months later, that they started showing signs of deterioration.

“By old age – about two years of age in mice – most of those cells were gone,” said Professor Cai. Incredibly, when researchers disrupted the stem cells of the middle-aged mice, “greatly accelerated ageing” occurred and these mice died earlier than normal.

While the destruction of stem cells in the hypothalamus lead to faster ageing, injecting new stem cells appeared to slow and even reverse the ageing process.

Researchers injected hypothalamus stem cells into the brains of both the mice that had naturally aged and those who had their stems artificially destroyed. By measuring various data including tissue analysis, muscle endurance, coordination, mental ability and social behaviour, the researchers found ageing either slowed or reversed completely in the mice subjects.

These effects were attributed to molecules released by the hypothalamus stem cells known as microRNAs (miRNAs). It’s believed these miniature pieces of genetic material pair up with the body’s “messenger” RNA molecules and play a significant role in the regulation of gene activity by having the ability to turn off certain genes.

Not only does this research offer promise for the regeneration of specific tissue, it could be the key to overriding the ageing process entirely. Nature said that while the research was significant, more research on miRNAs and how human ageing worked was required to determine whether this could be the next new anti-ageing treatment.

For now, anti-wrinkle injections, platelet rich plasma and fat grafting remain the most successful therapeutic treatments to improve the skin quality and reduce the signs of ageing.