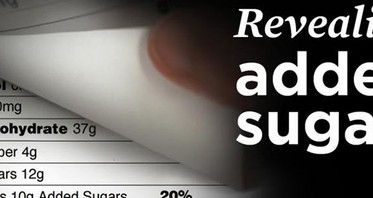 Disturbing new evidence has revealed the American sugar industry paid its way to blame saturated fat as the cause of coronary heart disease.

Published in JAMA Internal Medicine, researchers have released internal sugar industry documents which disclosed Harvard scientists being paid in the 1960’s to portray fat as the culprit. It has been suggested, that five decades of scientific research into the role nutrition plays in heart disease may have been largely influenced by the sugar industry. This includes many of today’s national dietary recommendations.

Professor of medicine at the University of California, San Francisco and author of the paper Stanton Glantz, says “They were able to derail the discussion about sugar for decades”. 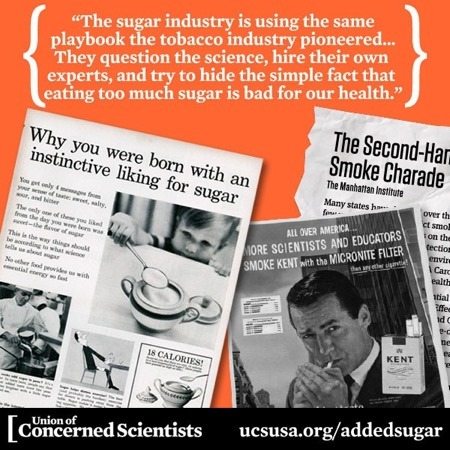 By funding science, the sugar industry (known as the Sugar Research Foundation (SRF), now the Sugar Association) wanted to see an increase in sugar consumption. They wanted scientific research urging Americans to decrease their intake of calories from saturated fats and replace them with sugar. This was at a time when the occurrence of coronary heart disease was increasing rapidly in the US.

According to the paper, SRF’s vice president and head of research John Hickson proposed that the organisation “could embark on a major program” to offset “negative attitudes toward sugar”.

An equivalent of almost $50,000 in today’s money was exchanged to publish a 1967 review on sugar, fat and heart disease. SRF handpicked the studies that were to be included in the review, and the article was published in the highly regarded New England Journal of Medicine. The article ‘Dietary fats, carbohydrates and atherosclerotic vascular disease’, minimised the link between sugar and heart health and promoted saturated fat as the culprit.

One of the lead scientists of the paid study Dr M Hegsted continued on to become the United States Department of Agriculture’s head of nutrition. In 1977 he played a role in drafting the forerunner to the government’s dietary guidelines. Dr Fedrick J. Stare, another paid scientist, became the chairman of Harvard’s nutrition department.

The Sugar Association defends the funding of research

It wasn’t until the early 1980’s that the New England Journal of Medicine required financial discourse prior to publishing any research.

The Sugar Association statement goes on to say, the industry “should have exercised greater transparency in all of its research activities.” It stands by the industry-funded research saying it’s played an important and informative role in science. In their statement, the Sugar Association also said that there have been several decades of research concluding that sugar “does not have a unique role in heart disease”.

Thousands of pages of correspondence and other documents which were discovered in the archives of libraries including Harvard and the University of Illinois. It was clear from the documentation the intentions of the Harvard scientists go beyond playing an educational role in the scientific debate.

Dr Hegsted wrote to the sugar executives “We are well aware of your particular interest” and we “will cover this as well as we can.”

During the process of reviewing research, the Harvard scientists disregarded any compromising data on sugar as weak and gave credibility to data which implicated saturated fat as the driving cause of heart disease.

The literature review concluded that there was “no doubt” the only way to prevent chronic heart disease was to reduce dietary cholesterol and replace saturated fats with unsaturated fats. Once printed, the low-fat diets gained endorsement from many health authorities and saturated fat become the villain.

The debate about the harmful effects of sugar versus fat continue

To this day, the debate about the effect sugar and saturated fat have on the body continue. Dr Glantz said for many decades governing bodies and health officials were encouraging Americans to decrease their fat intake. As a result, many people were consuming low-fat and high-sugar foods, which experts now say are to blame for fuelling the obesity epidemic.

Fast track to today and saturated fat warnings remain the cornerstone of both America and Australia’s government dietary guidelines. However, the World Health Organisation has begun warning about the health effects of consuming too much added sugar, particularly in regards to cardiovascular disease risk. The updated guidelines have been welcomed by the Australian Heart Foundation.

It’s no secret that a lot of research is paid for by industry in the hope of a favourable outcome. Take Coca-Cola for example, who has donated $1.7 million to Australian academics and fitness groups over the past five years. 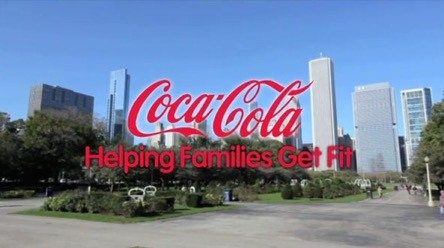 Caption: An image from a view made by the Coca-Cola Foundaton

Earlier this year, Professor Marion Nestle who is a leading American food blogger and anti-sugar campaigner told the ABC funding like this will compromise the organisations and their integrity.

“If they are doing research on diet and health then the Coca-Cola funding is going to make them look as if they are working for the company. I don’t think that’s good for their independence or their research,” she told the 7.30 report when discussing researchers accepting financial support from the food industry.

With the intention of downplaying the link between sugar-laden soft drinks and obesity, Coca-Cola has funded millions to “scientific” studies. Last year it was revealed the company provided financial and logistic support to the organisation Global Energy Balance Network, who promotes weight-conscious Americans are fixated on their calorie intake and don’t pay enough attention to exercise. Simply put, they aim to convince people you can out run a bad diet.

Coca-Cola has since been accused of consciously covering up some of it’s funding with several studies neglecting to disclose their involvement. Public health advocates are also implying the company is recruiting reputable scientists to help promote their case that obesity is not about the foods your consuming, it’s about a lack of exercise.

Calls for the abolishment of industry funding

A review published in the journal PLOS Medicine analysed the relationship between financial interests and the results of beverage studies. It found that those studies funded by the American Beverage Association, Coca-Cola, PepsiCo, and the sugar industry were five times more likely to discover no link between weight gain and the consumption of sugary drinks than studies which reported no financial conflicts.

The evidence of the sugar industry’s tactics in the 1960’s goes beyond a company looking to make health claims for its products. The latest review showing the sugar industry paid for the results they wanted to hear further highlights a problem with industry funded research.

While the conflict-of-interest rules have evolved since the 1960’s and financial disclosures are now the norm in research, transparency standards are still being challenged.

Dr. Walter Willet, chairman of Harvard T.H. Chan School of Public Health’s nutrition department says “given the data that we have today, we have shown the refined carbohydrates and especially sugar-sweetened beverages are risk factors for cardiovascular disease, but that the type of dietary fat is also very important.”

This latest relation is “why research should be supported by public funding rather than depending on industry funding.”