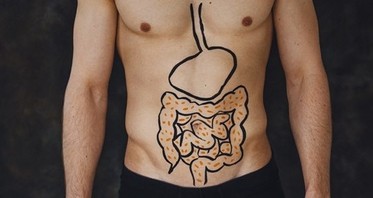 New Year’s resolutions are usually formed around health – losing weight, drinking less and exercising more. We may start the year with great enthusiasm, but most of these resolutions are forgotten by February. Perhaps it’s because they’re often declared after a few champagnes in the spirit of celebrations!

If you’re looking to make a real impact on your health in 2017, considering a gut make-over could prove invaluable.

A healthy gut microbiome is vital

As we gain greater insights into the importance of our gut microbiome, there’s growing evidence to suggest these microbial cells inhabiting our bodies are vital for our health. They protect us against harmful pathogens, help digest the nutrients we consume, and communicate with the brain that direct many of the body’s processes.

Poor gut health has been linked to allergies, digestive complaints, poor immunity, skin conditions, Type 2 diabetes, depression and autoimmune diseases. Reduced diversity of beneficial gut bacteria has also been found to instigate weight gain; the very thing most of us are trying to avoid in the new year.

Changing your diet can enrich your microbiome

Our gut microbiome first develops whilst we’re in utero, with the diversity increasing through birth, skin-to-skin contact and breastfeeding. Our microbial ecosystem changes as throughout our childhood as we’re exposed to different environments, animals and people, as well as antibiotics and chemicals. The food we eat from childhood right through to adulthood also plays a huge role in our gut’s population of beneficial and pathogenic bacteria.

Research tells us the standard Western diet consisting of high fat, high refined carbohydrates and low dietary fibre can wreak havoc on our gut microbiome. Westernisation is linked with lower taxonomic and functional diversity of gut microbiota; two factors that may be partially restored through dietary interventions. Simply changing your diet from high sugar and processed foods to a wholefood diet can have a profound effect on your microbiome diversity.

Interestingly, a recent study published in the Cell Host & Microbe, found people consuming an unrestricted, typical American diet (not so different from the standard Australian Diet) exhibited a less diverse faecal microbiota than those who consumed a plant-rich diet with a restriction on the number of calories consumed.

In the experiment, mice born under completely sterile conditions were fed either an American-style diet or a plant-based diet harvested from two different human groups. Group one consumed 3,000 calories a day of a standard American diet. Group two were diet devotees who, for the past two years, consumed less than 1,800 calories a day of mostly plant-based foods. This group also consumed a third fewer carbohydrates and half the fat.

The plant-based, calorie-restricted group were found to have a more diverse and richly populated gut microbial community than those eating a diet of processed meals, lunch meats and fast food. The plant-rich eaters also had several strains of beneficial bacteria known to encourage health that are unique to consumers of a plant-based diets.

Registered dietitian Meghan Jardine, suggests one of the best ways to increase your gut microbiome diversity is by consuming more fibre through your intake of fruit and vegetables, wholegrains, legumes, and nuts and seeds.

“When you look at populations that eat real food that’s high in fibre, and more plant-based foods, you’re going to see they have a more robust microbiota, with more genetic diversity, healthier species and fewer pathogenic bacteria living in the gut”, says Jardine.

While grains, fresh fruit and vegetables, and legumes are the ideal microbiome food, probiotic foods are what’s going to replenish the population of beneficial bacteria. Asparagus, onions, fermented vegetables, sauerkraut and kefir are all vital if you want to increase your microbiome diversity.

You’ll see the results in…

When we have our hearts set on losing weight alluring headlines like ‘Lose 5 kilos in 5 days’ and ‘Bikini body in just 3 weeks’ tempt many into crash dieting. Unfortunately, if you’re wanting to adhere to a microbiome diet, the results may not reveal themselves all that quickly.

It all depends on the condition of your gut microbiota to begin with and your current diet. If your diet consists of take-away dinners, Big Macs and pizzas with the lot, your bacterial diversity will be lacking, affecting the digestion and absorption of nutrients. So, when you change to a healthy wholefood diet, the response will be much slower compared to someone who maintains a diet of predominantly fruits and vegetables.

The mice with the gut microbiome influenced by the typical American diet displayed a much weaker response to the plant-based diet. “They all responded in a predictable direction, but with not as great a magnitude,” said Nicholas W. Griffin of Washington University, the lead author of the paper.

Previous studies, however, have found changing what you’re eating may have a more immediate effect on your gut microbiome.

In 2011, volunteers were fed eight a high-protein diet or a high-fibre diet. In just 24 hours, those consuming a diet of bacon and eggs, brisket, salami, cheese and spareribs showed a rise in the number of bacteria resistant to bile acids (a by-product of meat breakdown). Those who consumed mostly vegetables, fruits, beans and grains had less bile-resistant bacteria due to a lack of need.

These results show just how sensitive the body is and its ability to react to dietary change; important for maintaining health and warding off disease.

When it comes to the gut microbiome, there is no “one size fits all”. People are going to experience different results in their microbiome diversity depending on their starting gut health and the diet they consume. One thing we do know for sure is, by maintaining a wholefood diet and supporting your gut microbiome, you’re going to be a healthy, fitter and happy version of you, and so will your gut!