How Exercise Can Make Your Brain Fit 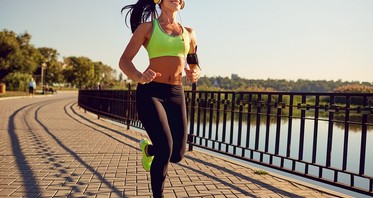 A recent study into exercise, memory and aging may offer you further incentive to maintain a regular workout regime beyond achieving weight loss.

Scientists from Maryland have added to the growing body of evidence that suggests regular exercise is associated with enhanced cognitive function.

The new study published in The Journal of the International Neuropsychological Society found a single workout had a rapid effect on the participant’s brain activity and over time, the brain’s memory centre became fitter, just like any other muscle.

Until recently, it was believed the adult human brain was reality fixed in its structure and function when compared to the muscle which can grow and shrink depending on how it is maintained. Newer evidence shows that the adult brain can, in fact, reshape and rewire itself in response to our lifestyle.

Exercise is one lifestyle factor that has been known to positively influence our brain. Long-term, regular physical activity has been found to improve aspects of people’s thinking and increase the volume of the brain’s hippocampus.

In an earlier study, the same Maryland scientists also found exercise to have a positive effect on the brain’s involvement in semantic memory processing.

Semantic memory refers to the general world and cultural knowledge we have accumulated during our lives. It includes such things as the name of colours, capital cities, types of food and the sound of letters. As we age, our semantic memory is often one of the first to fade.

However, the researcher’s 2013 study found just 12 weeks of treadmill walking altered portions of the brain that is involved in semantic memory. Reduced activity was seen during semantic-memory testing which is desirable as it suggests the brain is more efficient at processing and requires fewer resources as a result of the exercise.

How a single workout affects the brain’s semantic memory function

Wanting to understand the effect a single workout has on the brain’s sematic-memory processing, the Maryland researchers decided to conduct another study.

Twenty-six healthy men and women aged between 55 and 85 years old were recruited to undertake two experiments on two separate days. At each visit, the participants would either engage in a 30-minute workout on a stationary exercise bike or rest. The workout was designed to stimulate the participants but exhaust them.

To test the brain activity, the participants watched names randomly displayed on a computer screen while lying in an M.R.I brain scanning machine. Some names were lifted from the local phone book, while others were those of celebrities as famous names are an important aspect of semantic memory.

The participant’s overall brain activity and portions involved in semantic memory were tracked as they pressed a button when they recognised the famous names and another button when the name was unfamiliar.

J. Carson Smith, associate professor of kinesiology and director of the Exercise for Brain Health Laboratory at the University of Maryland School of Public Health who oversaw the study expected reduced activity in the areas of the brain required for semantic memory processing as seen in the previous study.

However, this did not occur. Instead, the activity in the areas of the brain most involved in semantic memory in the participants who exercised, heightened considerably when compared to when they rested.

Dr Smith says while at first, this result was a surprise, the researchers realised they were watching the beginning of normal training response. Just as when you first begin to exercise, your muscles strain and work hard burning through energy. As you gain fitness, the muscle response is much more efficient, utilising less energy for the same level of work.

The researchers believe the brain’s response to exercise is similar to that of the muscles. Acute exercise increases the brain’s neural activation and may instigate tissue remodelling and improved function after repeated exercise sessions.

In other words, regular exercise may make your brain’s memory centre fitter.

This recent study was only short-term with a small number of participants and neglects to explain how exercise alters the brain. However, Dr Smith believes the surge in particular neurotransmitters and biochemicals of the brain after working out must have a role to play.

This, along with the best types and duration of exercise to help us maintain our semantic memory processing, will be reserved for future studies.

For now, you can be happy to know regular exercise has the potential to positively affect our memory and improve the overall fitness of our brain.