It’s safe to say the general perception of what’s making us fat is what we are eating and how much of it.

Obesity expert and professor of nutrition at Harvard, Dr David Ludwig, says that while what we are eating is one of the problems, it’s getting fat in the first place that is the cause of overeating. In his recent book Always Hungry, Ludwig looks into the obesity epidemic and discusses why certain foods are acting like ‘fat fertilisers’.

We’re fuelling our body’s in the wrong way

Deciphering between what food is healthy and what’s not great for you can be a difficult task, but according to Ludwig what we’ve been eating is a big problem.

“It’s the low-fat, very high carbohydrate diet that we’ve been eating for the last 40 years, which raises levels of the hormone insulin and programs fat cells to go into calorie storage overdrive,” he says. “I like to think of insulin as the ultimate fat cell fertiliser.”

How often have you eaten a meal to only still feel hungry? According to Ludwig, this is because the calories we consume aren’t accessible for our bodies to use as fuel, because they are stored so well in the fat cells.  When we try and eat less, we further exacerbate the problem as our bodies are crying out for fuel.

“When we cut back on calories, our body responds by increasing hunger and slowing metabolism,” Ludwig says. “We think of obesity as a state of excess, but it’s really more akin to a state of starvation.”

The implication of fat cells storing too many calories

Our fat cells storing too many calories isn’t just causing us to be hungry and fat, it also starves our brain. “The brain doesn’t have access to enough to make sure that metabolism runs properly.

“So the brain makes us hungry in an attempt to solve that problem, and we overeat and feel better temporarily. But if the fat cells continue to take in too many calories, then we get stuck in this never-ending cycle of overeating and weight gain. The problem isn’t that there are too many calories in the fat cells, it’s that there’s too few in the bloodstream, and cutting back on calories can’t work”.

The genes you are born with play an important role

As Ludwig explains, regardless of whether you are fat or thin we all have a “set-point” body weight which is heavily linked to the card we were dealt due to our genes.

“If you inherited obesity genes from your parents, the biological responses that defend body weight will kick in for you at a higher range compared to someone who didn’t inherit those genes.”

In this sense, we’ve been listening to the wrong advice for all these years which is why dieting has been considered a really hard feat. “The key to long-term weight loss isn’t counting calories; it’s eating in a way that lowers insulin levels, calms chronic inflammation and, by so doing, readjusts the body weight set-point to a lower level”, says Ludwig.

It’s time to throw away the calculator and stop analysing calories in the food and instead focus on nourishing your body, implies Ludwig.

He suggests you do this in stages to reset your body and lower your insulin levels.  In the first two weeks, his plan stipulates you give up processed carbohydrates, added sugars and any grain products.  Ludwig recommends you replace these foods with fruits, beans and non-starchy vegetables.

Once you’ve managed to successfully complete your first two weeks of the plan, Ludwig suggests you “reintroduce whole kernel grains, potatoes – except for white potatoes – and a little bit of added sugars.” 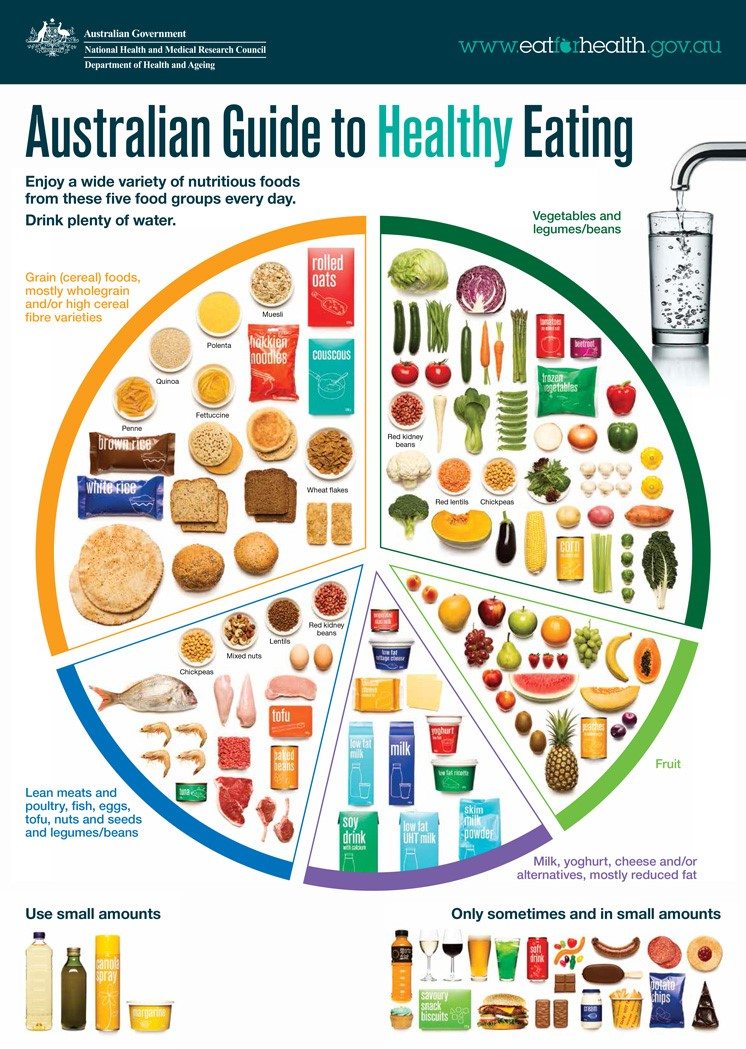 This isn’t exactly in line with the latest Australian Dietary Guidelines which, although advises we all reduce our sugar intake, still recommend we consume low-fat dairy and largely focus on grains.  The 2013 guidelines suggest mostly wholegrain and/or high cereal fibre varieties should be eaten, such as breads, cereals, rice, pasta, noodles, polenta, couscous, oats, quinoa and barley.

“The quickest way to lower insulin is to cut back on processed carbohydrates and to get the right balance of protein and fat in your diet,” says Ludwig. “A high-fat diet is really the fastest way to shift metabolism. It lowers insulin, calms fat cells down and gets people out of the cycle of hunger, craving and overeating.”

“Cutting back on calories won’t do it. That doesn’t change biology. To change biology, you have to change the kinds of foods you’re eating.”

If you are accustomed to calorie counting, Ludwig suggests you’ll continue to battle the bulge as the obesity problem is much more complex than the numbers we’re consuming.