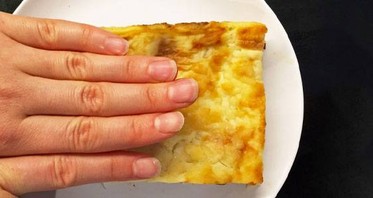 In Australia, our portion sizes are increasing and so are our waistlines. Due to the expansion of our plate sizes, we’re consuming far more kilojoules than our bodies really need. A lack of portion control has had a dramatic impact on our health making Australia a country with one of the highest obesity rates in the world.

Researchers from the University of Sydney believe they may have solved the problem of understanding portions with their easy-to-use hack.  By using fingers as a ruler, people are able to gauge their food portions more accurately than other methods traditionally used.

Led by dietitian and PhD candidate Alice Gibson, the team have undertaken the first study which assesses just how accurate measuring your food portions with your hand is.  According to the study published in the Journal of Nutritional Science, when combined with geometric formulas of volume and food density factors, these hand measurements are an “acceptably accurate” tool to estimate the weight of the food on our plate.

Gibson was personally motivated to research how individuals are able to work out portion sizes due to her own eating habits.

“I completed a food diary for a week and that’s when I realised how hard it would be for people to accurately estimate the true amount of food on their plates, particularly for difficult-to-measure foods like lasagne. It struck me I had no accessible or reliable way of doing so,” she said.

“I realised there was a gap in the market for people trying to eat sensibly when they’re out and about, when they don’t have access to a set of scales.”

The “finger width” proved the most accurate measuring method

67 participants were asked to estimate the portion sizes of 42 different foods and liquids that had been pre-weighed.  With no traditional forms of measuring insight, participants used their fingers, fingertips, fists, and thumbs to estimate the portion.  These were later compared to your typical household measuring utensils of spoons and cups, as well as the descriptions small, medium and large.

It was the “finger width” method that proved the most accurate.  This technique of estimating food portions even trumped the household measuring methods.

According to the results, by measuring with your finger width you’ll estimate the food on the plate within 25 percent of the actual weight.

“While more research is needed to fine-tune the technique, I think there’s real potential for this tool to be incorporated into electronic platforms such as smartphone applications so that the calculations are automated and estimating food intake on-the-go is more accurate,” said Ms Gibson.

It’s not just Ms Gibson whose excited about the potential of this measuring tool.  The Dietitians Association of Australia awarded the team with a President’s Award for Innovation.

“It is fantastic to have this tool validated, providing an easy-to-use, evidence-based resource that will be available to all practitioners anywhere, anytime,” the association’s president Liz Kellett.

Figuring out the amount you should eat to maintain a healthy weight is incredibly difficult, even for dietitians like Ms Gibson. If you solely rely on the serving size stated on a food product, you can’t be certain you’re consuming the right number of kilojoules and nutrients you actually should to remain healthy.

That’s because, according to consumer group Choice, the individual food manufacturer is the one determining the serving size for each of their products.  This allows for inconsistency to creep in between comparable foods and some of the serving sizes are totally unrealistic.

In fact, the serving sizes of Australian products often bear little resemblance to the portions we’re actually serving up on our plate.

Getting your portion size right

Portion size is separate from serving size, as it depends on the type of meal you’re having and how hungry you are.  It’s basically how much you actually eat.

So getting your portion size right has a dramatic impact on your ability to control your weight, and it’s perhaps even more important if you’re trying to lose weight.

With food everywhere you look, there is no storage making it very uncommon for us to actually feel a real sense of hunger.  Think about it, when was the last time you actually felt ravenous?  This means many of us are actually overeating beyond what we need to function and feel satisfied. 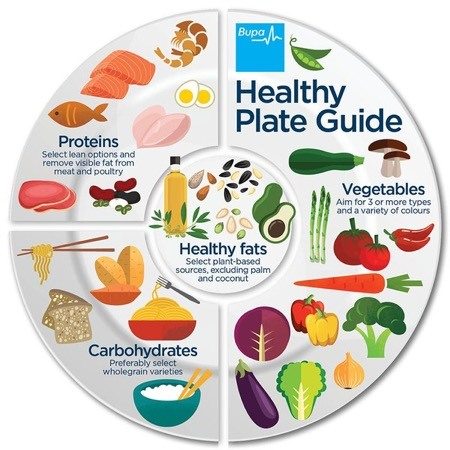 Here are some tips if you’re looking to avoid the supersize mentality and get your portion size right.