Did you know your FAT feels STRESS? 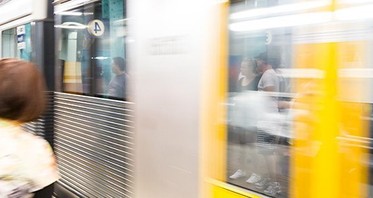 We all know that carrying extra body fat can lead to some pretty serious health conditions such as obesity, heart disease and diabetes.  But according to a team of researchers in the U.S., the role of fat within the body may be more complex than we first thought.  In a recent study, it has been suggested when your body is under stress, it takes cues not only from the brain, but also from the fat itself.

Published in the Psychoneuroendocrinology journal, researchers found that body fat has the ability to send a signal to the brain that affects the way our body handles stress and metabolism.  Put it simply, fat actually feels stress and may be a contributing factor to why you reach for the bag of M&Ms when you are experiencing emotional pressure!

It is natural for our body to respond to stress with an increased desire to eat more and unfortunately most likely the foods we crave are the ones that are not that healthy for us.  Typically, in stressful situations when our “flight or fight” mode is switched on, our body wants foods high in fat or sugar.  This can in turn promote weight gain and lead to obesity.  Too much extra fat in the body can impair its ability to send a signal to the brain to shut off the stress response once the crisis has been averted.

The findings of this study are extremely relevant as previously we have put so much emphasis on the brain driving the body to respond to stress, states co-author and professor of the Department of Psychiatry and Behavioral Neuroscience at the University of Cincinnati, James Herman, Ph.D.

Herman says this knowledge “moved our understanding of stress control to include other parts of the body. Before this, everyone thought that the regulation of stress was mainly due to the brain. It’s not just in the brain. This study suggests that stress regulation occurs on a much larger scale, including body systems controlling metabolism, such as fat”.

It was through this study that the researchers found a glucocorticoid receptor in the fat tissue has the ability to affect the way in which the brain controls stress and metabolism.  Assistant professor at the University of Florida’s College of Pharmacy’s Department of Pharmacodynamics Eric Krause, Ph.D., says “The stress response in the short term is adaptive. It’s going to help you cope with stress”.  He continues to say, “The idea that fat is actually talking to the brain to dampen stress is new.”

Glucocorticoids stimulate the breakdown of fat and once free, they are used as a source of energy.  This is beneficial initially in providing energy for the body, but during the process it also tells the body that is should conserve fat.

What we have known previously is cortisol increases the availability of carbohydrates, fats and glucose so as the body can respond to stress.  If the levels of cortisol remain elevated for too long, we then see muscle breakdown, decreased inflammatory response and suppression of the immune system.

Past studies have shown that not only does the disruption in cortisol levels promote weight gain, but it can also affect where the fat ends up.  For example, some researchers found stress and elevated cortisol leads to fat deposition in the stomach rather than the hips.

From this new research, we now know that the stress hormone cortisol, targets visceral fat which is the type of fat that is linked to cardiovascular disease and metabolic syndrome.  It is the internal fatty tissue which is known to wrap itself around your vital organs and create a lot of congestion particular in the abdominal area.  Visceral fat tends to have a greater blood supply and is much more responsive to cortisol than subcutaneous fat.

By having a better understanding of this process and the relationship between fat and the brain, Herman hopes to be the key to preventing obesity and other chronic illnesses related to fat.

During studies with mice, the researchers found this unique connection between the brain’s regulation of energy balance and stress response with glucocorticoid signalling in fat tissue.  Glucocorticoid signalling is crucial in the regulation of the HPA axis, which is a complex relationship between the hypothalamus, the pituitary gland and the adrenals.

In the case of stress, the hypothalamus releases a peptide hormone called corticotrophin releasing factor.  This then travels to the pituitary gland which triggers the release of the adrenocorticotrophic hormone (ACTH). ACTH is then released into the blood stream causing the adrenal gland to release stress hormones, particularly cortisol.

Researchers concluded that through this connection between glucocorticoid signalling and the regulation of HPA axis, fat tissue can directly affect the functions of the central nervous system which link straight to obesity, metabolic disorders such as hypertension, and stress-related problems.

The exact nature of these signals still remains a mystery and requires further research.  However, knowing the fat-to-brain pathway exists is the first step in being able to have an influence on the complex relationship between stress, obesity and metabolism. A more in-depth understanding of how this signalling functions could lead to the creation of drugs or other therapies that could assist in warding off the negative effects long-term stress has on the body. Herman says it is important to “learn how to go in and break that cycle of stress, eating and weight gain”.

At present, the main way to control stress in the brain is through pharmaceuticals such as antidepressants and anti-anxiety medications. These come with significant side effects, especially when taken long-term.  And while the diet industry promotes supplements that lower cortisol and therefore enhance weight loss, there are no independent studies or medical journal articles to show that they have any value in controlling cortisol levels, particularly with people under stress.

“If you can develop a target that reduces stress by manipulation of peripheral factors, it might be able to take the edge off the impact of stress,” Herman says.  Herman suggests this may be in the form of a drug that interacts with the free fatty acid signalling or through dietary manipulation. “One of the things we know is that stress profoundly effects food intake. When you’re stressed you tend to eat more high fat and high sucrose foods—comfort food, in essence, which co-opts a lot of these pathways and provides stress buffering to the brain.”