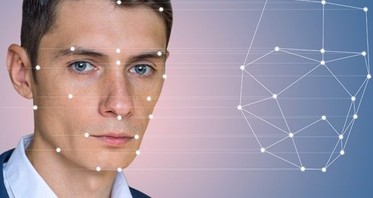 The Department of Immigration and Border Protection has recently announced it is seeking tenders for new self-processing systems for Australian airports. The latest technology which includes facial and fingerprint recognition will allow travellers to enter or exit the country without presenting their passports.

While facial technology is evolving at incredibly fast rates, it is believed there may be a significant lack of understanding and research into the challenges presented by cosmetic and plastic surgery.

A $78 million upgrade to boost security

Immigration Minister Peter Dutton said the $78 million upgrade aims for 90 percent of travellers to avoid the time-consuming process of paperwork and manual processing by airport staff.  Mr Dutton suggests using face recognition technology “…will make it quicker, for people going in and out of our airports.”

The Immigration Minster explains installing self-processing systems will boost the security of our nation’s borders by making it easier to detect threats. “Already we know from the money we’ve invested into biometrics collections that that is a much more reliable collection than we have with people just scanning manually passports,” Mr Dutton said.

By reducing processing time for travellers who are coming into the country with the right intentions, Mr Dutton expects we’ll also experience a boost in tourism.

The basics of facial recognition

Facial recognition systems are already in use in some airports, border security and banks. There’s no doubt the accuracy of these systems have increased, primarily thanks to strong feature representation and matching techniques. It’s considered the fastest and least intrusive method to identify an individual using biometric data of the human face.

Facial recognition works by analysing certain characteristics of the face including the overall facial structure and the distances between some of the features. There are over 80 nodal points which are measured including:

By using a four-stage process, the facial recognition systems will match the individual’s face standing before the camera and their identity in the facial database. Highly intelligent algorithms have been designed to combat variations in the facial pose, expression and illumination. However, there are a few factors that are considered an additional challenge including ageing, make-up and cosmetic surgery. These factors, which can alter the texture and perceived shape of the face, have been found to reduce the accuracy of facial recognition systems.

In a 2013 study, researchers found make-up can significantly alter the skin’s quality and colour, reduce the size and alter the shape of features such as the nose and mouth, and conceal identifiable characteristics like wrinkles, scares and birth marks. When tested with facial recognition, the results showed make-up can substantial challenge the automated technology.

Cosmetic and plastic surgery has the potential to pose an even greater challenge depending on the treatment. In a 2009 study researchers found that some cosmetic procedures can significantly change the facial regions, both locally where one feature is enhanced or globally where the entire face is altered.

The results to the study suggested that any variation to the face could affect the performance of the facial recognition system. Algorithms were unable to process global facial plastic surgery such as full face lift because the individual’s features and the texture of the skin changed substantially.

The facial recognition algorithms also struggled to correctly classify faces where the individual had undergone major skin resurfacing or cosmetic procedures that aimed at creating a more youthful appearance. Any change in key features such as the nose, eyelids, cheeks or lips also saw a reduction in accuracy.

More and more people are turning to cosmetic surgery to enhance facial features, correct defects or to simply rejuvenate their skin’s appearance. Research suggests that while advancements in technology mean facial recognition algorithms are more intelligent than ever, cosmetic surgery is proving to be a new challenge.