Ultra-processed Foods: Your Health and Weight 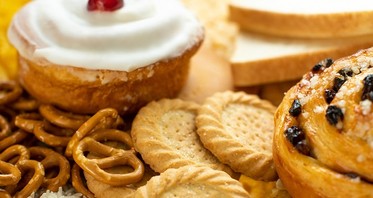 We all know that eating a lot of processed foods can be damaging to our health, but just how damaging and what should we look out for?

Recent research published in the BMJ has found ultra-processed foods are linked to an increased risk of obesity, high blood pressure, IBS (irritable bowel syndrome) and cancer. High consumption is associated with a risk of heart disease, weight gain and early death.

What are ultra-processed foods?

“Ultra-processed” is a term given to food as part of the NOVA food classification system. The globally recognised system divides food into four key groups depending on the amount of processing required to make the product.

The four groups are:

According to the NOVA food classification system, examples of typical ultra-processed products are:

Growing evidence that ultra-processed foods can be harmful

Mark Lawrence, professor of public health nutrition at Deakin University said the evidence that ultra-processed foods can be harmful to our health is growing. “Anything with a long list of ingredients, including additives, is suspect,” he says.

The first study involved more than 105,000 middle-aged adults from France. The participants filled out six 24-hour dietary questionnaires with the researchers finding:

It’s not just heart health and early death researchers are concerned about. A new study published in the Cell Metabolism journal found that those who ate an ultra-processed diet are likely to overeat and in turn gain weight.

The participants of the study were found to eat approximately 500 more calories each day than those people whose diet emphasises healthy eating, rich in wholefoods.

These foods are often filled with added sugars, salt, refined carbohydrates and fat,” said David Katz, director of the Yale-Griffin Prevention Research Center in Derby. “The study itself found that people who ate ultra-processed foods tend to eat them faster and that they had lower levels of appetite-suppressing hormones than those who ate whole foods. As a result, they may have ended up eating more in order to feel satisfied.

Exactly why these ultra-processed foods lead to increased health risks and food intake hasn’t been answered. What we do know is these foods are often high in calories, sugar, saturated fat, salt and low in many beneficial nutrients such as fibre.

Lawrence said it’s pointless trying to find out what ingredients are harmful and increase our risk factors.

Rather than trying to reformulate these packaged foods to make them safer, we should be directing our efforts to making sure unprocessed or minimally processed foods are affordable and available.