Weight control – do you have the on/off switch? 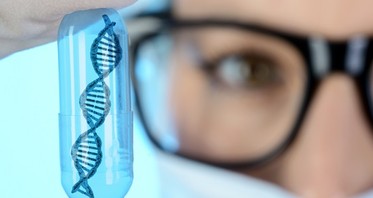 Your diet might not be to blame for your weight. The latest research by scientists points to an appetite-muting gene that could make all the difference between whether a person is of normal weight or obese.

The findings, presented in science journal Cell, revealed that some people carry an appetite-suppressing gene that never turns off. The carrier never feels hungry and is more likely to be thinner than those without the gene.

The new findings tie in with an earlier study, also conducted by Dr Farooqi from the University of Cambridge and using Biobank DNA samples, which showed that a percentage of obese people carry a mutated MC4R gene which destroys their ability to feel satiated.

What do these findings mean? That scientists are closer to identifying who will be obese and therefore at risk of obesity-related illnesses such as heart disease and diabetes.

A second study, also based on the Biobank data, discovered a way to predict a person’s future weight issues using an obesity risk score drawn from analysing alterations in the genome.

The scientists initially conducted their research on an adult population but went on to study babies to see if they could determine who would become obese. Their findings showed that those with a high obesity risk score would start to weigh more than lower scorers by the time they were 8-years-old; leading them to speculate whether there’s a window of opportunity to change a child’s outlook in those all-important eight years.

What both these papers point to, is that some people are predisposed to obesity. Knowing this information could be key to preventing obesity and the associated health risks in the future.

Starting on your weight loss journey

Of course, research is still in its early days and for many, the daily battle to lose weight is difficult, especially with so much still unknown. Reducing weight through healthy eating and exercise are the most common approaches but if you have a lot of weight to use liposuction will get you off to a good start.

Mega liposuction, for example, removes up to 15 litres of fat and is often a boost to people who are starting their weight loss and healthy living journey.

If you feel that liposuction might be an option for your weight loss plan, please contact Cosmos Clinic to find out more details.