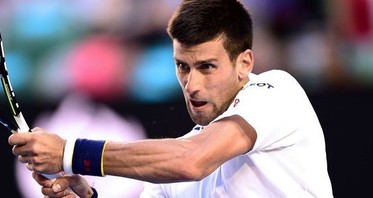 He may have been a ranking tennis player, but Novak Djokovic was quickly becoming a joke among his fellow competitors, commentators and the wider sporting community.  His reputation for collapsing at the most crucial moments of a tennis match causing him to drop out of tournaments fueled onlooker’s thoughts that Novak just couldn’t stand the pressure.

That all changed in 2010 when Serbian doctor Igor Cetojevic watched Djokovic struggle at the Australian Open from his living room.  While most commentators were suggesting the player was suffering from asthma, Dr Cetojevic believed Djokovic’s physical breakdowns were as a result of food sensitivities, in particular gluten, sugar and dairy. Changes in Djokovic’s diet would lead to what sports writers called “the greatest single season ever by a professional tennis player”.

The diet, Djokovic believed, lead him to become the number 1 seed

Djokovic’s incredible transformation on the court has prompted him to write an autobiography, come self-book titled Serve to Win.  The new book provides a great insight into the changes he has made to both his diet and his lifestyle that have been key to his success.  He also outlines a diet plan which he promises can have significant benefits on your mental and physical health in just 14 days.

Being the son of pizza restaurateurs, Djokovic was raised consuming as much of the gluten and cheese laden fast-food as he desired.  Cutting out gluten was not easy, but within days he could see a noticeable difference. “I craved the soft, chewy, comforting feel of bread”, he says. “But as the days rolled along, I began to feel different. I felt lighter, more energetic. The nighttime stuffiness I lived with for fifteen years suddenly disappear.”

The next step Djokovic chose was to eliminate dairy from his diet after his ELISA blood test identified he had a sensitivity to both gluten and dairy.  While he believes cutting out products like milk, cheese and ice-cream has enhanced his performance, he does admit it’s not for everyone but it is worth trying. 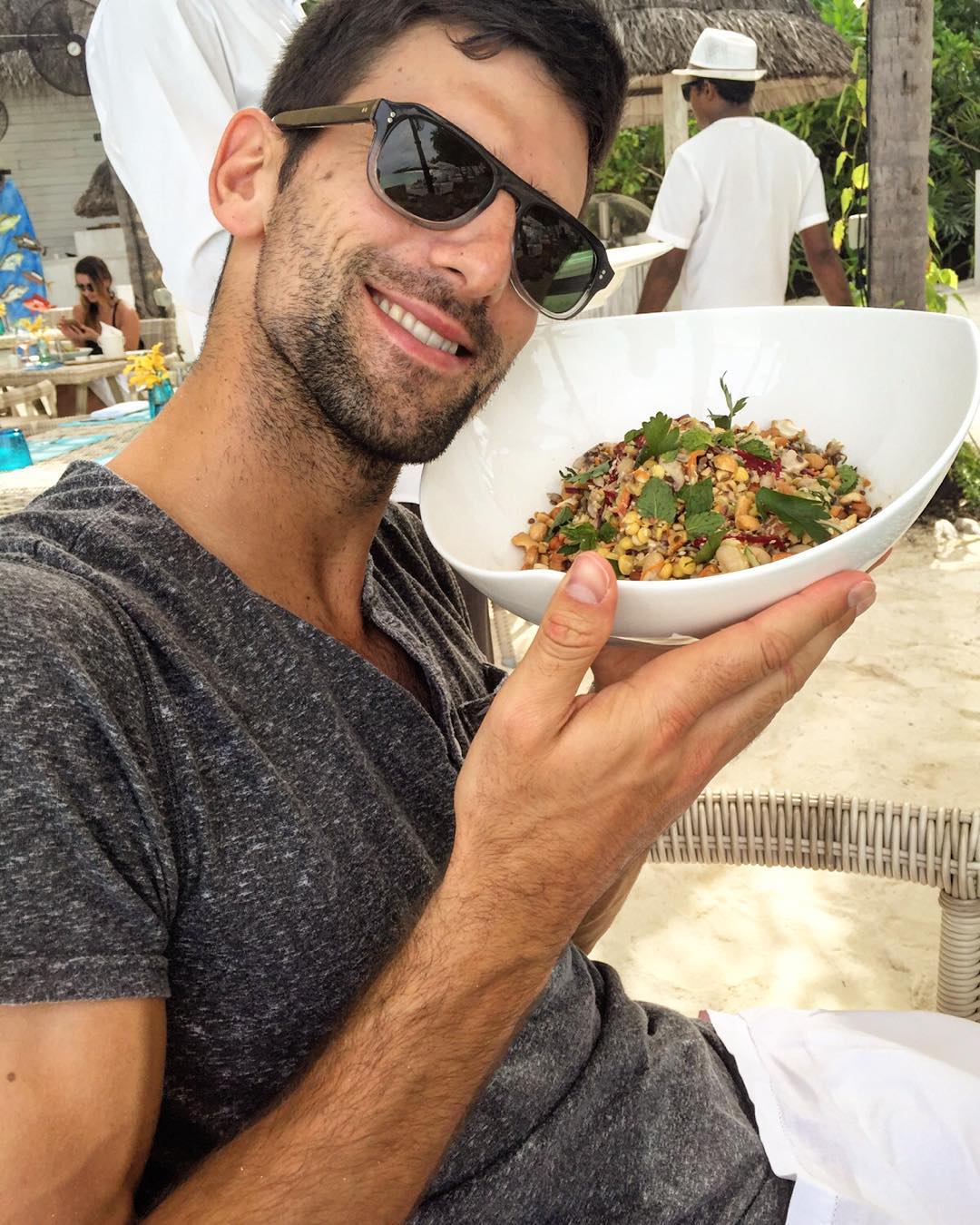 In his book, Djokovic says everyone will experience amazing benefits from consuming a gluten-free diet, regardless of their sensitivities to the foods.  Dairy on the other hand he says is ‘worth experimenting with’ as more and more people are being found lactose intolerance.

So what does he eat you may be thinking? Djokovic chooses to eat foods as close to nature as possible.  Fruits, vegetables, lentils, chickpeas, gluten-free oats, nuts and seeds, chicken, turkey, eggs and wheat-free grains like quinoa, buckwheat and teff.  No processed foods, microwaveable meals or sugar-laden treats feature in his diet, which is outlined in detail in his book.

Nourishment of the mind to improve performance

While Djokovic’s diet may have had a drastic overhaul, in his book he admits that it is not all about what you eat.  Along the journey of becoming number one, the tennis player has learnt how he eats has a direct link with how his body feels.  ‘Every food you ingest changes your body in some way.  It speaks to your body, influences it, directs it.’ He eats slowly allowing his stomach to digest his food and he eats consciously to ensure he properly breaks down the food, one bite at a time.

This discovery lead Djokovic to create a set of four rules that he admits he is ‘religious about’:

He couples these rules with mindfulness techniques to help him maintain a positive energy, even in moments when negative thoughts creep in; essential when you’re down a set to a rival competitor like Roger Federer.  This form of meditation allows him to analyse his thoughts without the need to judge them and has become a daily habit regardless of his commitments.

The most important form of nourishment for both his mind and the body, Djokovic highlights in his book is sleep. His strict daily routine goes beyond physical training and extends to his sleep patterns – winding down with meditation, asleep by midnight and rise at seven.  Every day, seven days a week regardless of what time zone, what hotel room or what tournament.

New studies reveal giving up gluten won’t necessarily put you ahead, but meditation may

Eliminating gluten from Djokovic’s diet may have “made him feel instantly better, lighter, clearer and quicker” on the court, but the latest evidence suggests unless you have a sensitivity to this protein, you probably won’t gain any benefits.

According to researchers from the University of Tasmania and the Canadian Sport Institute Pacific, their recent study shows cutting out gluten produces no difference in performance, nor does it reduce any gastrointestinal symptoms.  Their double-blind, randomized, crossover study followed 13 competitive cyclists who had no intolerance to gluten.

“All the sudden we had a ton of athletes going gluten-free,” says leader researcher Dana Lis, Ph.D., R.D. “We as researchers and nutritionists didn’t really have much of an evidence-base with which to recommend whether a gluten-free diet is appropriate for you if you’re not celiac or have any other clinical conditions requiring gluten avoidance. Feeling better is great, and I think even the placebo effect can go a long way. For me personally, I want more science than ‘feeling better.’” 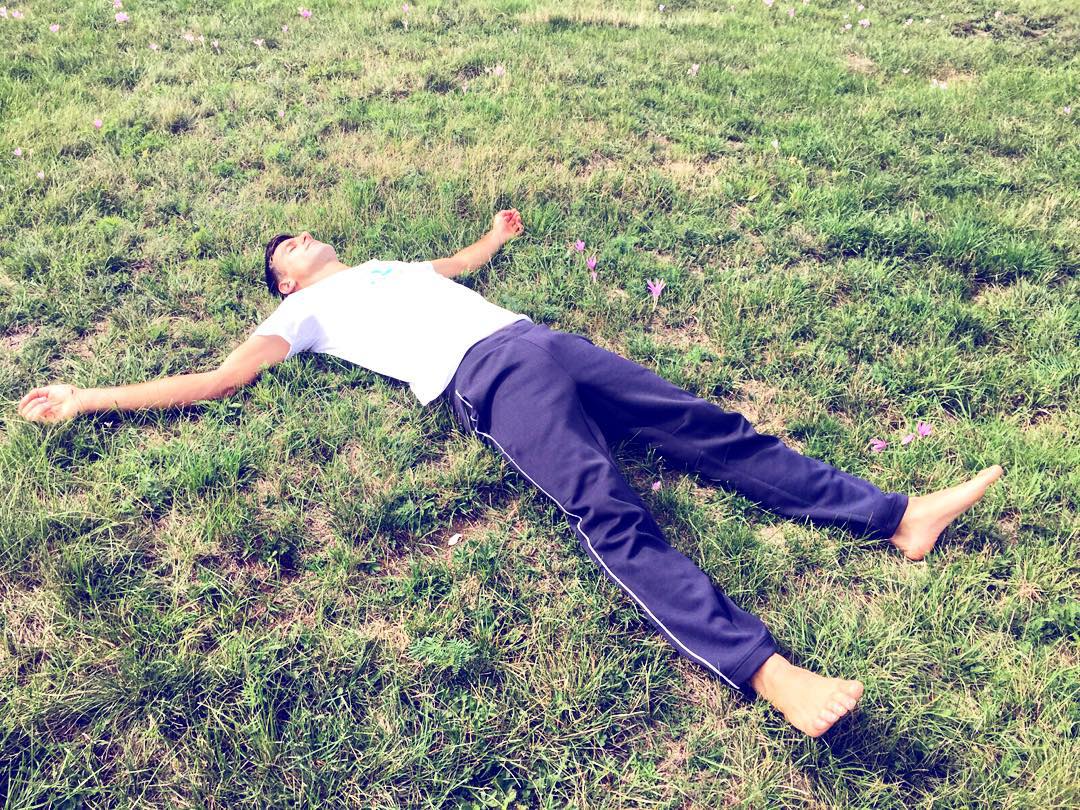 Each of the 13 cyclists followed both a gluten-free and a gluten-containing diet over two seven-day periods with a ten-day break in between.  The results showed no significance statistically in their athletic performance, perceived gastrointestinal distress, intestinal damage, inflammatory markets, or overall well-being between the two diets.

So if statistically nothing is changing within the body when adopting a gluten-free diet, why are so many athletes, like Djokovic, claiming they have never felt better after cutting out the infamous protein? “I just think there are a lot of things that affect an athlete’s diet when they go gluten-free,” Lis says. “They’re likely to pay more attention to what they’re eating, to eat less processed foods, and to eat more fruits and vegetables. So I just think there’s a lot of other things going on, not just the gluten itself.”

Djokovic would be the first to admit the profound change in his performance and overall life isn’t just down to eliminating foods like gluten and dairy.  His mental focus was also a major contributing factor.

Harvard University-affiliated team from Massachusetts General Hospital have just released a study which may support Djokovic’s blueprint for life.  The researchers found that by meditating regularly you can decrease your anxiety, improve your happiness and literally, restructure your brain.

Britta Hölzel, first author of the paper and a research fellow at MGH and Giessen University in Germany says, “by practising meditation, we can play an active role in changing the brain and can increase our well-being and quality of life.”

The study highlighted that people are not just feeling better because they have relaxed during a meditation session, they have also changed some of the brain structure which is associated with self-awareness, compassion and introspection.

Is Djokovic’s diet plan right for you?

Djokovic’s Serve to Win book aims to tell his story as well as be a great base for you to improve your body and life in just fourteen days.  There’s weekly menus, easy recipes, simple exercises, and tips for eliminating stress.  He does, however, say this plan won’t work for everybody.  He is suggesting if you feel sluggish, tired or unfit, then give it a go for just 14 days and see. 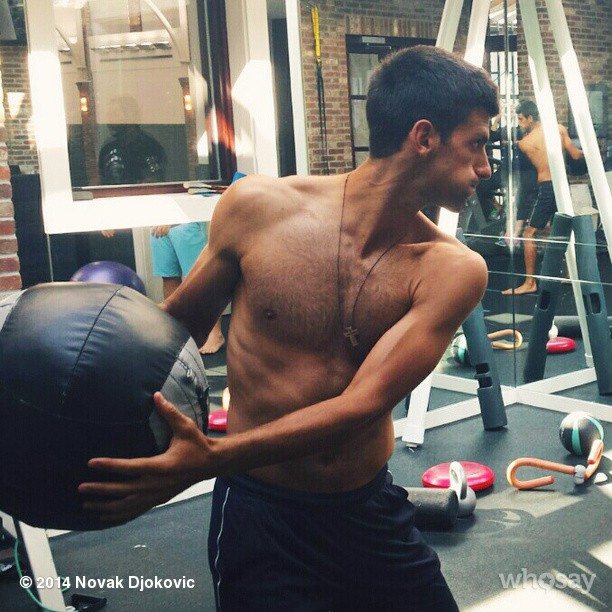 On the 15th day, stop with any change you have made, whether that is cutting out dairy or keeping to a strict sleeping routine.  If your symptoms return on the 15th day, then Djokovic suggests your body is trying to tell you something.  Perhaps it’s time to listen.

In the press conference after Djokovic’s comfortable first-round win of the Australian Open, he said he has never felt better.  He has now gone on to take out the third round in straight sets and faces the number 15 seed, Gilles Simon. One thing’s for sure, whatever Djokovic is doing has certainly transformed him formed the tennis player who was plagued by breathing difficulties and injuries into one of the greatest to set foot on the court. 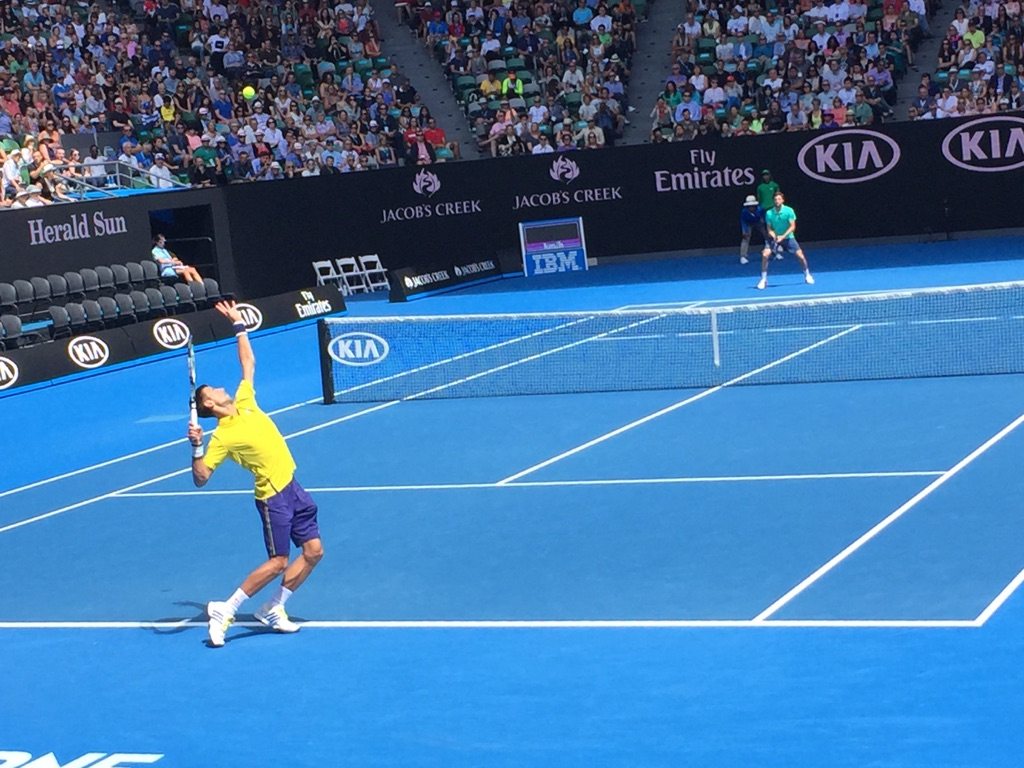