Feeling like losing weight is a constant uphill battle? This latest study suggests your diet and exercise regime may not solely be to blame.  After thorough research, scientists have discovered the female brain is simply not wired to losing weight.

Professor Lora Heisler from the Rowett Institute of Nutrition and Health and her team of researchers at the University of Aberdeen may have just found the way to approach the growing health problem of obesity by identifying the differences between the two sexes.

“The World Health Organisation (WHO) reports higher rates of obesity in women worldwide, reaching twice the prevalence of men in some parts of the world”, says Professor Heisler.

Together with scientists from the University of Michigan and University of Cambridge, mouse studies were carried out to see how weight gain differs between male and females depending on the level of physical activity and their energy expenditure.

During the study, researchers were able to initiate weight loss in obese male mice who had an increased appetite and did little physical activity.  These mice turned into lean, healthy individuals.  However, the same transformation didn’t occur in the female mice studied.

Why is this significant?

As Professor Heisler explained: “Currently there is no difference in how obesity is treated in men and women. However, what we have discovered is that the part of the brain that has a significant influence on how we use the calories that we eat is wired differently in males and females.”

This recent studied highlighted a key difference in males verses females when it comes to brain hormones known as pro-opiomelanocortin (POMC) peptides.  These peptides are responsible in the all-important activities of regulating our appetite, body weight, physical activity and energy expenditure.

Leading scientist Dr Luke Burke says “These POMC neurons therefore make a great target for obesity treatment and are, in fact, an important target of an obesity medication used in the USA today”.

Professor Heisler continues to explain: “What we have discovered is that not every POMC neuron performs the same function. While the subset targeted by obesity medication lorcaserin influences appetite in both males and female mice, in males, this subset has the added benefit of also modulating physical activity and energy expenditure.”

In the study, this source of POMC peptides doesn’t modulate physical activity or energy expenditure well.  That means, the obesity medications currently used to target this particular peptide may be effectively reducing women’s appetite, this latest evidence suggests that they won’t necessarily communicate with the brain signals that control physical activity and energy expenditure.

These findings could potentially lead to the development of new medication designed to tackle obesity which are sex-specific. 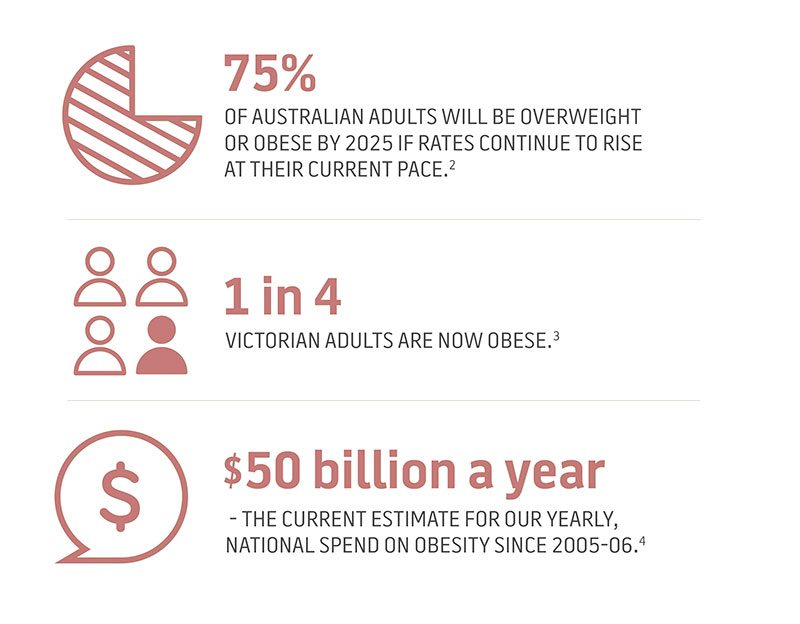 It is expected these statistics is going to continue to rise unless considerable measures are taken to manage this epidemic.  Overweight ad obesity is the second highest contributor to burden of disease in Australia, after dietary risks.  It is a bigger burden on the healthcare system than smoking.

“More than half of people in the UK are overweight and one in four are clinically obese”, says Professor Heisler.

“This is an enormous percentage of the population and given the links established between obesity and serious medical illnesses including cancer, heart disease and diabetes, it is essential that we strive to find new methods to tackle this epidemic to improve our health.”

The research, which was original published in the Molecular Metabolism journal, gives hope that gender-specific medication will, in the future, be designed to help compact this epic health problem.

2 min read
In addition to limited face-to-face consultations, we’re also offering Virtual Consultations (Skype/Facetime/Whatsapp) as we do our part to help flatten the curve ❤️