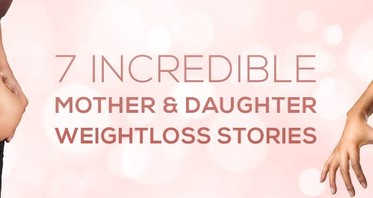 With Mother’s Day now behind us, we thought we would celebrate with some inspiring mother-daughter weight loss success stories. Being overweight or carrying a few extra niggling kilos is one of the most common struggles people are facing today. Regardless of how much weight you are trying to shift, it is an emotional and physical challenge. So when we come across amazing mother-daughter weight loss stories, where the duo support each to reach their goal weight, we feel we just have to share. 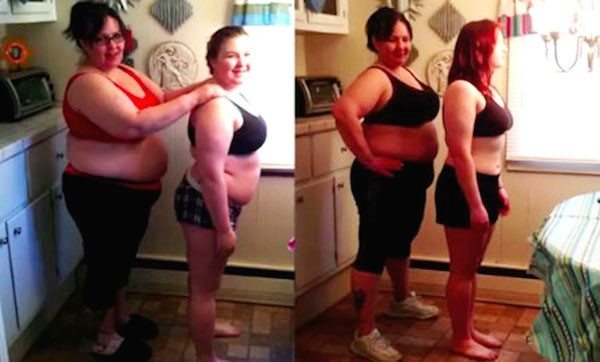 Meet 50-year-old Cheryl and 17-year-old Tessa Shaw who set themselves a challenge to lose weight over a 100 day period.  Not only that, they recorded their weight loss journey by creating a daily 10-second video on giveit100.com.  By day 100, Cheryl and Tessa had lost a combined 34kg changing their lives in the process.  It wasn’t easy, but through a team effort of cooking healthy meals and exercising together, they were able to transform themselves both physically and emotionally.  So encouraged by the experience, the duo has commenced another 100-day challenge to keep shedding the excess weight.

Over in Birmingham, US a mother-daughter duo made the amazing weight loss transformation by each losing half of their body weight in just over a year.  At 58-years-old, mum was determined to change her 129kg figure and so was her daughter, Rachael who was weighing in at 118kg.  By sticking to a pretty strict diet of plenty of fluids, smaller portions and lots of fresh produce, the two dropped weight quickly.  Not only that, Rachael’s mum no longer had has high blood pressure or any other weight-related health issues.  Soon after their dramatic weight loss, Rachael becomes engaged and later married in her dream wedding dress.

After years of cooking fatty food and spending their days on the coach, Catherine and Anne Perry turned their life around by losing a combined 52kgs.  Health problems were becoming an issue of Catherine who weighed in at 82kg and her mum Anne, who was 97.5kg, had finally realised she was worth it.  The pair signed up to the Jenny Craig weight loss program and began eating smaller portions, cut out the fried foods and set off for walks around the block together.  Their entire family benefited, even the husband lost 36kg by simply eating healthier food and avoiding the temptation of stopping in at a drive-thru.

A New Year’s resolution that really paid off 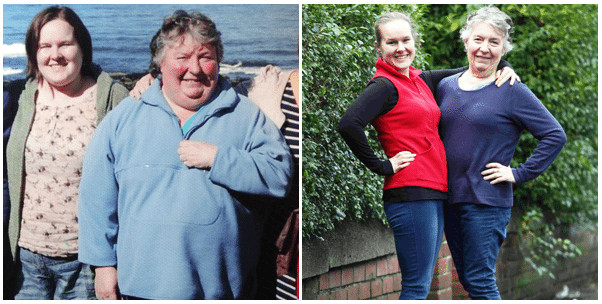 Shelia, 59-years-old and her 29-year-old daughter, Katie have another great inspirational weight loss story.  Together they began dieting as a New Year’s resolution at the start of 2014. Over a 12 month period saw a dramatic transformation and improvement in their health and wellbeing.  Shelia lost 45Kgs and Katie managed to shred 32Kgs achieving the body they have always wanted.

This mother-daughter together dropped over 30kgs each 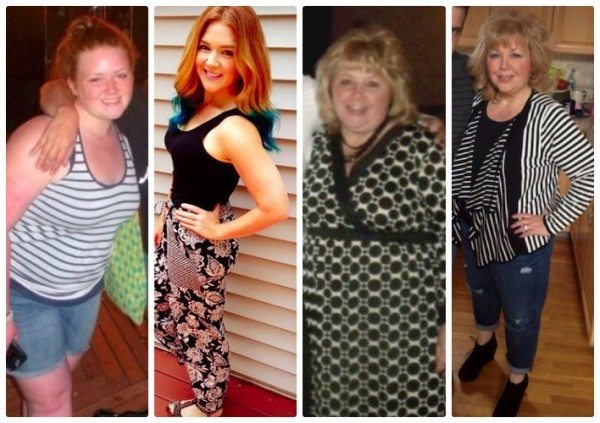 Jen and her mum Sue from Connecticut decided they just wanted to feel better about their bodies after realising how unhealthy and unfit they were.  Jen was struggling to fit into an X-large at her favourite brand name stores and longed to be able to wear and shop where her friends were.  She set out learning to read food labels and focusing on what she put in her body.  The results were so amazing that her mum jumped on board to commence her weight loss journey too alongside Jen.  They worked out together, changed their diet together and kept each other on track by motivating each other. Over three years of consistent healthy living Jen lost 32kgs and her mum over the two year period lost 35kgs totally transforming their appearance!

This mother-daughter duo endured a lifelong struggle with weight before acknowledging they had to both make a change for their health and happiness. Together they jumped on board with Weight Watchers and started incorporating healthy eating habits into their daily lives.  Struggling to breathe, exercise was almost impossible due to their size, but once the weight started to come off the two regularly walked and eventually joined Zumba classes.  Their perseverance and determination paid off with 19 year-old-Michele losing 51kgs and 52-year-old dropping an incredible 95kgs.

No more doughnuts and fatty cheese for this mother-daughter team

62-year-old Shirley Myers and her 35-year-old daughter, Alicia both loved carbs and fatty foods especially doughnuts and cheese.  They both contemplated gastric bypass surgery before they committed to changing their diets and incorporating regular exercise into their daily lives.  Through sharing weight loss tips and motivating each other along the way they lost a total of 61kgs and changed their entire lives in the process.

Having the support and encouragement from a mother-daughter team certainly has paid off for these women, not only improving their health but creating newfound happiness and wellbeing.  Their mother-daughter bond could not be any stronger!