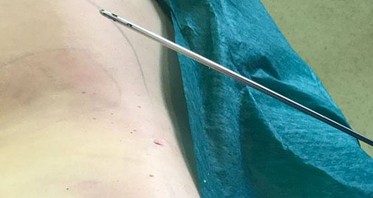 You’ll most likely hear about VASER liposuction from your doctor’s recommendations or from previous patients.

VASER liposuction is a popular body contouring procedure that is favoured by doctors as its more efficient alternative to laser liposuction.

This guide will present information and knowledge about VASER liposuction to prospective patients.

While this guide may help you to learn more about the procedure, you should not make a decision based on this article alone. Always have several consultations with your doctor before making a final decision.

VASER liposuction is a procedure that uses ultrasound energy to remove fat cells from certain parts of the body.

VASER liposuction uses the emulsification process to assist in removing fat cells from the body. This means that fat cells are “liquefied” before being removed from the body which does not significantly damage surrounding tissues. 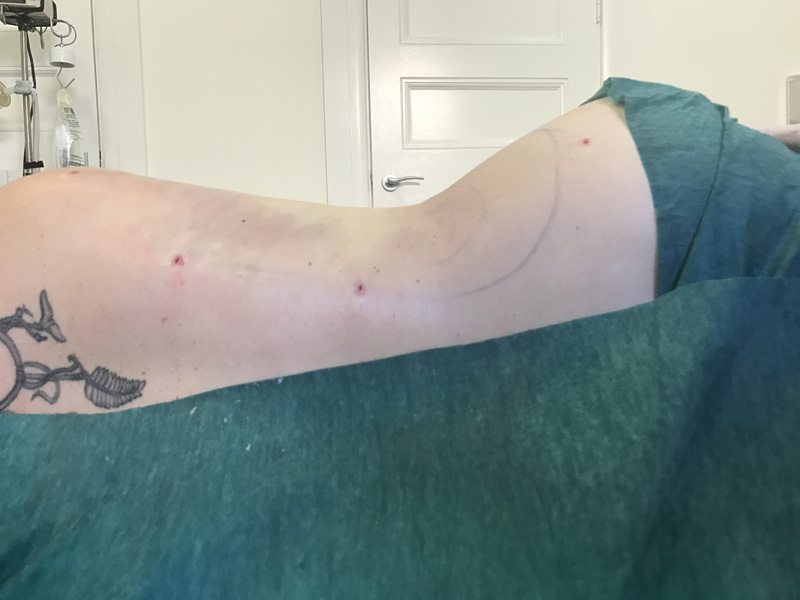 Paired with an experienced liposuction expert, VASER liposuction is a treatment that can improve your physique and self-appearance by eliminating areas of fat that are otherwise hard to lose with exercise and dieting.

Laser liposuction uses heat energy from fibre-optic lasers to burn and melt the fat cells. The fat is then suctioned out from the body once it is melted.

Related: Our Liposuction Options for Patients

How does VASER liposuction work?

First, the area to be treated (like your tummy) is filled with a special saline solution that acts as a numbing agent around the area. This solution also expands the fat cells in the target area; think of your fat cells as balloons which expand as water (the saline solution) is added to it.

The expansion of the fat cells achieves two things:

Next, a small ultrasound probe is passed under the skin. This probe uses suction to remove the expanded fat cells. Only the fat cells are removed in this step which is one of the advantages of VASER liposuction.

After the fat is removed from the target area, the procedure is done and the patient will go into the recovery period which will be suggested by your doctor.

What are the differences between VASER liposuction and traditional laser liposuction?

The main difference between the two procedures is that traditional laser liposuction uses very focused thermal energy to destroy the fat cells in the body.

A laser liposuction probe only emits thermal energy at the end of the probe which causes an intense level of heat. As the laser is focused on one point only, it has a higher risk of burns the surrounding vital tissues may be burnt and subsequently injured by the intense heat.

VASER liposuction, on the other hand, emits energy uniformly. This means that instead of having one end of the probe with high energy, the energy is distributed evenly around the whole probe. This allows the VASER to liquefy the fat cells more efficiently than laser allowing the doctor to take out more fat cells compared than with laser liposuction. 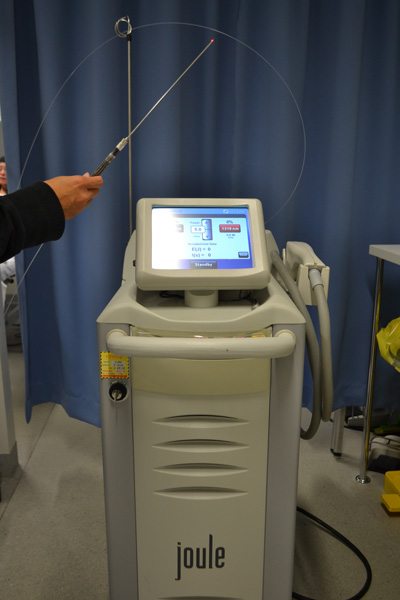 The old laser liposuction probe with heat emitting at the tip 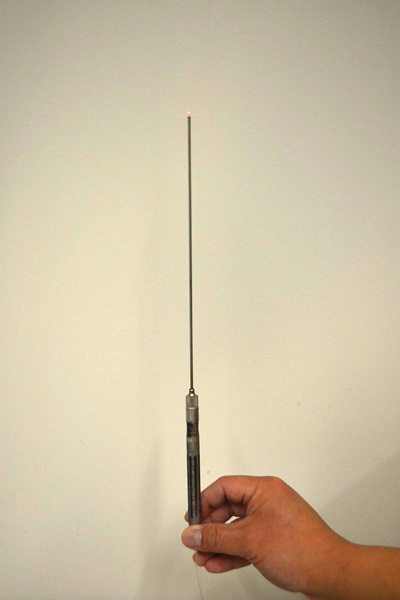 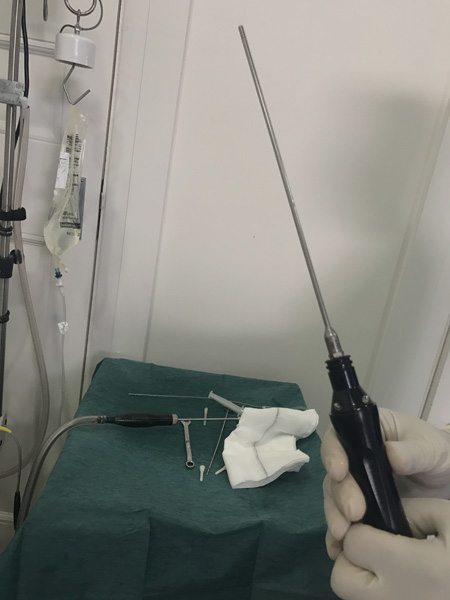 Another difference is that the ultrasound energy of VASER liposuction is transformed primarily into vibration energy. The vibration “shakes” the fat cells which cause the fat cells to separate and mixed with the solution that was administered prior to the surgery, also known as emulsification.

Emulsification in VASER liposuction is the process where fat cells are turned from solid into liquid form with the help of the vibration energy.

The vibration energy of VASER liposuction also targets the fat cells only (Lipo-selection technique). So, only fat cells are removed during the procedure which means that the blood vessels, nerves, and connective tissues are not affected by the procedure. There is less risk of skin burns with VASER liposuction. This means the VASER can be used just under the skin to give the definition needed for VASER high definition.

Another difference between the two procedures is that fat cells that are removed in VASER lipo can be re-used in other parts of the body e.g for fat transfer procedures like BBL (Brazilian Butt Lift). The fat that is removed in laser liposuction cannot be re-used as the fat cells are destroyed by the heat from the laser. Vaser is also better at skin tightening because of the uniform heat delivery.

As the procedure is minimally invasive, there will be reduced risks of complications or injuries during the procedure.

At Cosmos Clinic, we safely administer local anaesthesia with light sedation during the surgery. You will not be subject to the risks and dangers of general anaesthesia.

Modern laser liposuction procedures are also safer. However, because the intense heat from the lasers is only focused on one point, you may have uneven final results.

The risks of burning your tissues are also present in laser liposuction. Different tissues in the treatment area react differently to the heat of the laser. Some tissues denature faster than other tissues which can cause the burning and charring of these tissues.

Laser liposuction also poses the risk of 3rd-degree burns. 3rd-degree burns may happen if the heat from the laser is not handled properly; these burns are painful and leave scars that are almost permanent.

Am I a good candidate for VASER liposuction?

You should have realistic expectations and a positive outlook on your surgery. Your doctor may decline your requests if your motives for surgery are not viable.

In general, VASER liposuction may be an option for you if:

What should I expect or prepare for the surgery?

Before the surgery, you are expected to go through a series of consultations with your doctor. Your consultations are important in order to set our realistic goals and expectations for your surgery. You will also be given suggestions based on your needs and your suitability for the surgery.

Days before the surgery, you will go through a final meeting with your doctor to finalise your decision. You will also be asked to sign a consent form which is necessary for the surgery to go on.

When the surgery is done, you will go through the post-op recovery period. It is very important for you to follow your doctor’s advice as improper after-surgery care may lead to poorer results as well as infections.

You will be briefed on what to expect or prepare for the surgery by your doctor during your consultations.

How long does it take for results to appear?

For VASER lipo, results are seen after 6 weeks for most patients. However, it can take up to 6 months in rare cases.

The time for results to appear varies from patient to patient. It also depends on factors such as the level at which you maintain your post-surgery care. Not taking care of your body properly after the surgery will delay your results, for example.

How much does VASER liposuction cost?

The costs are also influenced by factors such as:

Where can I learn more about VASER liposuction?

Head over to our liposuction info page to learn more about VASER liposuction.