Australians Raid Their Super to Pay for Weight Loss Surgery 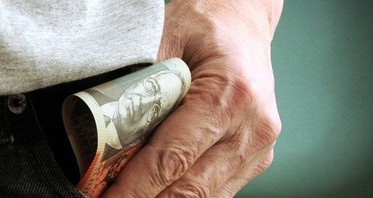 As obesity rates and the cost-of-living increases, more Australian’s are looking at alternative ways to pay for weight loss surgery, including raiding their superannuation.

Dipping into retirement funds to pay for medical treatments in the past has been relatively unknown, however doctors say now up to 25 percent of their patients are using their super to finance surgery.

Dr Ken Loi at St George Private Hospital, estimates each year, about 100 of his 600 patients undergoing weight-loss surgery are paying for it using their super.

“Patients view this money as something they may not see, so they may as well use it for healthcare”, he tells the Sydney Morning Herald. “The hope is that, after surgery, patients will be healthier and they will work longer.”

Recently, 31-year-old Serah Kidcaff had gastric band surgery in an effort to curb her obesity. Obesity runs in Serah’s family and having witnessed her mother having two minor heart attacks, she felt it was time to act. Doctors warned Serah she was at a high risk of heart disease and developing diabetes, so her condition was becoming more serious every day.

“I become quite desperate to get it fixed,” says Kidcaff. “I did not have that kind of money.”

Her surgery was going to cost $6,000, a sum she didn’t have in handy. Instead, she withdrew a total of $9,000 from her super to pay for the treatment and cover additional expenses such as accommodation and travel costs.

“I’ve never felt better both physically and mentally,” she tells the Sydney Morning Herald. “I have a totally new outlook on life.”

Tamar Wilks is another woman who has benefited from dipping into her super early to help pay for weight-loss surgery. In 2013, the 44-year-old nurse withdrew $6,000 from her super fund to pay for gastric sleeve surgery after her health insurance failed to cover the entire cost of the procedure.

”It would have taken me a long time to save that money,” she said. ”I was 145 kilograms and it was affecting my work and my life. I knew I had to get help straight away.”

Applications for early super release are on the rise

Typically, Australians can only unlock their super when they reach “preservation age”, between 56 and 60 years old, depending on the applicant’s date of birth. However, the number of applications for early release of super funds is on the incline, increasing 50 percent in the past two financial years.

The Department of Human Services (DHS) is responsible for approving early release of super funds based on compassionate grounds. Figures show $205 million of super was released in the financial year ending June 30, 2016. Three years earlier, this figure was $145 million.

Medical treatments, including gastric band surgery, are only approved to treat a life-threatening illness, injury, mental illness, or to alleviate acute or chronic pain. Although undisclosed publicly, it is believed bariatric surgery is one of the more popular treatments to appear in applications.

To gain approval for early access of super, people are turning to companies like SuperCare which facilitate the application process. Over the past year, they’ve helped clients access over $17 million of their super for medical treatments including bariatric surgery, dental care, orthopaedic procedures and IVF.

60 percent of the money accessed in the past year was used to pay for bariatric surgery and weight-loss follow up surgery says SuperCare general manager, Maria Gutierrez.

Gutierrez says based on experience, many obese people are turning to their super to help pay for life-saving surgery after several conventional treatments have failed. Often these are people from a low-income, who have already maxed out their credit cards and even refinanced their mortgages.

For those clients who are in the financial position to get a bank loan approved for the surgery, Gutierrez says they’re relucent to because of the high interest rates.

Obesity statistics are on the rise

It has been predicted by 2025 in Australia, one in four children aged between 5 and 17 years old will be overweight or obese. The obesity epidemic is rising and with 50-100 percent at risk of dying prematurely, it is of grave concern.

David Haynes, executive manager of policy and research at the Australian Institute of Superannuation Trustees, represents not-for-profit super funds. While he supports people accessing their super before they reach “preservation age”, he says it should be for legitimate reasons.

“But, if these growth rates continue, early access will run the risk of becoming industrial scale,” Haynes says. This is greatly due to the fact, that those who are dipping into their super early will lose the benefit of compound interest. Putting one dollar into super at the age of 30 will be worth much more when you come to retire than putting a dollar in at 50, says Haynes.

Many would argue people who are morbidly obese are struggling to work and are plagued with health complaints. The likelihood of living to 65 years old is also reduced, so what option do they have?