Research Discovers Stored Fat Is Fighting Against Your Weight Loss 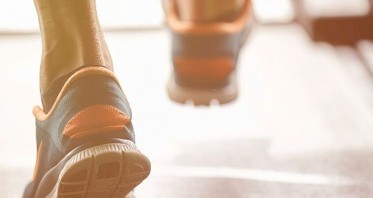 Recent research published in the Nature Communication journal suggests the fatter you are, the harder it is to lose those unwanted kilos.  A protein produced by the fat cells is believed to be responsible for inhibiting the body’s ability to burn the excess fat. These findings could be incredibly helpful in treating obesity and patients suffering from metabolic diseases such as diabetes.

The majority of our fat cells in the body store excess energy to be released in situations when we need it.  This white fat is commonly found in problem sites such as your tummy and hips.  The other type of fat cells in our body, known as brown fat, act to generate heat within the body, keeping us warm.

Typically, infants have a large amount of brown fat which is required to increase their body temperature.  In the past, scientists believed adults had very little or no brown fat in their system.  This was later found to be incorrect as it was discovered most of us retain a small amount of the brown fat around the collarbones.  It is believed intense exercise and exposure to temperatures below 15 degrees Celsius activates this brown fat.

However, scientists of the University of Cambridge have recently discovered a protein called sLR1, which prevents the body’s capacity to make heat by suppressing the activity of brown fat.

‘If you can’t burn energy to make heat, expending energy, this is going to stop you losing weight,’ say leading Professor of the research, Antoni Vidal-Puig.  ‘This increases in people who are obese. The more fat you have, the more of this protein you produce, and the less likely it is you will lose weight’.

In a study with mice, researchers investigated why the animals which didn’t have the gene responsible for the production of the protein, were much more resistant to weight gain than those that did produce sLR11. When switched from a low-calorie diet to a higher calorie diet, the metabolic rate of both humans and mice slightly increase. 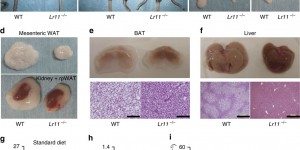 In the mice who lacked this particular gene, the response was much greater and as a result, they were able to burn calories at a much faster rate.   The genes in the mice were more active in the white adipose tissue, which normally stores fat for energy, rather than the brown adipose tissue. The mice were, therefore, more thermogenic and displayed an increase in energy expenditure, especially when on a high caloric diet.

When levels of the sLR11 protein were measured in the bloodstream of humans, it was found those individuals who were fatter had much more of the protein circulating in their blood. Interestingly, in patients who underwent bariatric weight loss surgery, the results of exactly how much weight they lose post-surgery was directly linked to the degree in which sLR11 decreases.  This suggests that sLR11 is produced by the fat cells themselves.

In a similar way to how a key fits into a lock, researchers found the sLR11 protein binds to specific receptors located on the fat cells inhibiting their ability to activate thermogenesis.

Their stored fat is actively fighting against their efforts to burn it off at the molecular level.’

The next challenge is for researchers to find a way to block these negative effects of sLR11 in the hope to treat obesity.  But not only that, Professor Toni Vidal-Puig suggests it could be used to help further understand other health issues.

‘We have found an important mechanism that could be targeted not just to help increase people’s ability to burn fat, but also help people with conditions where saving energy is important such as anorexia nervosa.’

Inspired by the news, Jeremy Pearson, Associate Medical Director at the British Heart Foundation (BHF) says ‘This research could stimulate the development of new drugs that either help reduce obesity, by blocking the action of this protein, or control weight loss by mimicking its action. Based on this promising discovery, we look forward to the Cambridge team’s future findings’.

Unfortunately, the development of an approved drug to effectively block this protein helping to safely manage and stimulate weight loss is a long way off.  Until then, Pearson suggests individuals find safe and effective ways to lose weight and improve their overall health and well-being.