What you should know about Sugar when managing weight 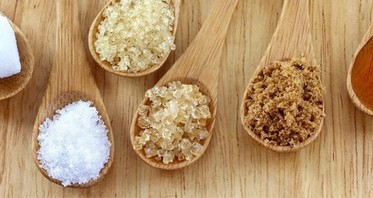 What is making us fat: eating the wrong sorts of food or too much food?

It’s been the question that has dominated government policy and culture for years, and as nutritional science has evolved new research and theories have been published leaving everyone confused.  Never before have we been so educated on health, the diet industry is bigger than ever, and memberships to gyms have skyrocketed.  Why then are people of the Western World getting fatter and fatter?

Dr Ancel Benjamin Keys was the first person to plant the seed in our minds that fat was the cause of America’s expanding waistlines and rising heart disease.  In the 1950’s Keys conducted a large study that showed fat was bad and sent food manufacturers into a spin.

No one was buying cheese, cream, nuts or butter anymore so the food industry had to offer its customers alternatives to the full-fat food products.  The problem was, when you removed fat out of a recipe, there was no flavour.

Food manufacturers added sugar to these products, and lots of it.  While the label may have read “fat-free” the product certainly wasn’t sugar free.

It wasn’t until years later that Keys’ studies were recognised as flawed and that we realised those naturally occurring fats in avocados, fatty fish, coconut oil and nuts are actually good for your health.  The focus was then transferred onto another food; sugar.

Sugar increased and so did health problems in the Western world

Anti-sugar crusader Robert Lustig believes there is no difference between high-fructose corn syrup and sugar, stating they are “equally bad, equally poisonous”.  Refined sugar (the sugar you put in your morning coffee) is made of 50 percent glucose and 50 percent fructose, while high-fructose corn syrup is 45 percent glucose and 55 percent fructose.  Not a lot of difference.

Both refined sugar and high-fructose corn syrup are nutrient void foods.  They don’t contain any protein, vitamins, minerals, antioxidants or fibre, yet they make up a large percentage of the ingredients in processed foods.

Getting fat is not about empty calories

Lustig identified that the problem with sugar doesn’t lie in the amount of calories your consuming, as much as how your body metabolises those sugars.  For example, when you eat 100 calories of glucose from bread, it will be metabolised differently and effect the body in a different way than if you were to consume 100 calories of sugar.

If you drink sugar in a liquid form, such as a glass of apple juice, the fructose and glucose will hit the liver at a much faster rate than if you ate an apple.

What’s this got to do with fat?

In animal studies it has been found if the liver is hit with sufficient quantities of fructose quickly, it will convert much of it into fat. This process induces insulin resistance, a condition which is considered the fundamental cause of obesity, not to mention an underlying cause of type 2 diabetes, heart disease and perhaps even some cancers.

If animals are fed sugar in large amounts of sugar (60 or 70 percent of the calories in their diets), the conversion of fructose into fat can be seen in as little as a week. When fed the same amount as humans (around 20 percent of the calories) the change takes several months.  When sugar is not fed to the animals, the toxic fat built up in the liver disappears and so does the insulin resistance.

The question is: how much is too much?

In 1986 the F.D.A authored a report that stated there was no clear evidence to suggest that added sugar was harmful at the level American’s were consuming, which at the time they estimated to be approximately 18kgs per person, per year.  That is equivalent to 200 calories of sugar per day, which is less than 1.5 cans of Coca-Cola or two cups of apple juice.

Unfortunately the F.D.A’s figures were slightly inaccurate, and according to the U.S.D.A people were consuming 34kgs of sugar per year, and by the early 2000’s this had increased to 41kgs.

While the question of how much sugar is too much is yet to be answered, a study by New Zealand researchers highlight just how quickly the effects of eating sugar has on weight gain.  Those in the study who were asked to eat less sugar (without being told to lose weight or change any other areas of their lifestyle or diet) lost an average of 1kg over a period of 10 weeks to six months.

Those participants who increased their sugar consumption gained just under 1kg in less than eight weeks.

So how much sugar is too much? You decide.