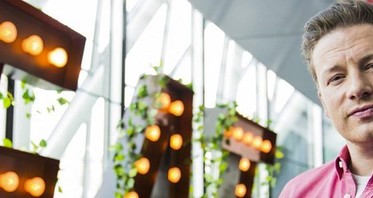 “Pull your finger out” – that was the message from Jamie Oliver to the Australian government as the UK announced its move to introduce a tax on sugar.

It wasn’t so long ago we were all being told that fat was the enemy. Throughout the 80s and 90s, there were books and endless infomercials explaining how to limit the grams of fat consumed in each meal. The belief was; if we didn’t eat fat we wouldn’t get fat. It seemed to make sense at the time. Yet, as we swallowed our “97% fat-free” pasta dishes and “99 % fat-free” ice creams we grew ever larger.

Obesity levels began to grow, with them – incidences of Type II diabetes and heart disease. The Atkins diet was dusted off in the early noughties (after languishing in the archives for a few decades) with its message about carbs as the enemy. Protein was good. Fat was good. But carbs, including grains, fruit and even many vegetables – were to be avoided. It worked for weight loss, but there were negative side effects: stinky breath, slow digestion and lethargy. Almost no-one could stick to it for very long and it seemed quite radical back then.

Still, western nations were getting fatter. Then along came books like David Gillespie’s “Sweet Poison” and Sarah Wilson’s “I Quit Sugar” identifying a new public enemy number one. They labelled sugar (or more specifically fructose) as a toxin and a poison, calling it ‘addictive’. Jamie Oliver has used his substantial resources and reach to get the message out that we need to recognise sugar as the biggest contributor to the growing obesity epidemic.

Paleo pushers are on board too and the consensus is that the more processed and packaged a food is – the higher the likelihood it will carry hidden sugars. Sugar stimulates the appetite and encourages people to overeat, where fat, protein and fibrous foods leave you feeling satisfied for longer.

They all advocate foods consumed as close to their natural state as possible. At the Paleo end of the scale it can seem a little extreme, at the Jamie Oliver end it’s more moderate. And it’s the British TV chef and healthy living campaigner who is calling on a host of nations, not just Australia, to join the UK in applying a tax to soft drinks. The tax works in two ways; firstly a price increase to act as a deterrent and secondly the money raised is used to fund sports programs in primary schools.

Soft drinks are an obvious target. For many, they are a daily staple, unlike chocolate bars or cakes which are generally regarded as occasional treats. In the UK the tax will be between 40 and 70 cents per litre depending on sugar content. It won’t come in to effect until 2018 but manufacturers are already plotting their legal challenge and looking to sue the government. They claim the tax is discriminatory because it doesn’t cover other high sugar beverages like fruit juice, milkshakes and smoothies. Even anti-sugar campaigners aren’t quite satisfied, arguing there is now substantial evidence to suggest “sugar-free” soft drinks are just as damaging because the chemicals used to replicate sweetness have been linked to glucose intolerance and can even impair brain function.

Dieticians say it’s too simplistic to blame sugar for rising obesity and the Australian Government has said a tax is too complicated and hard to justify.

The UK’s sugar tax certainly raises more questions than it answers. Is it worth the legal repercussions from an industry that says such a tax will result in thousands of job losses? Is increased sport for children the best place to channel the funds raised? Shouldn’t there be an emphasis on better education about the dangers of excess sugar consumption aimed at all age groups? What is the relationship between soft drink and kid’s sport? 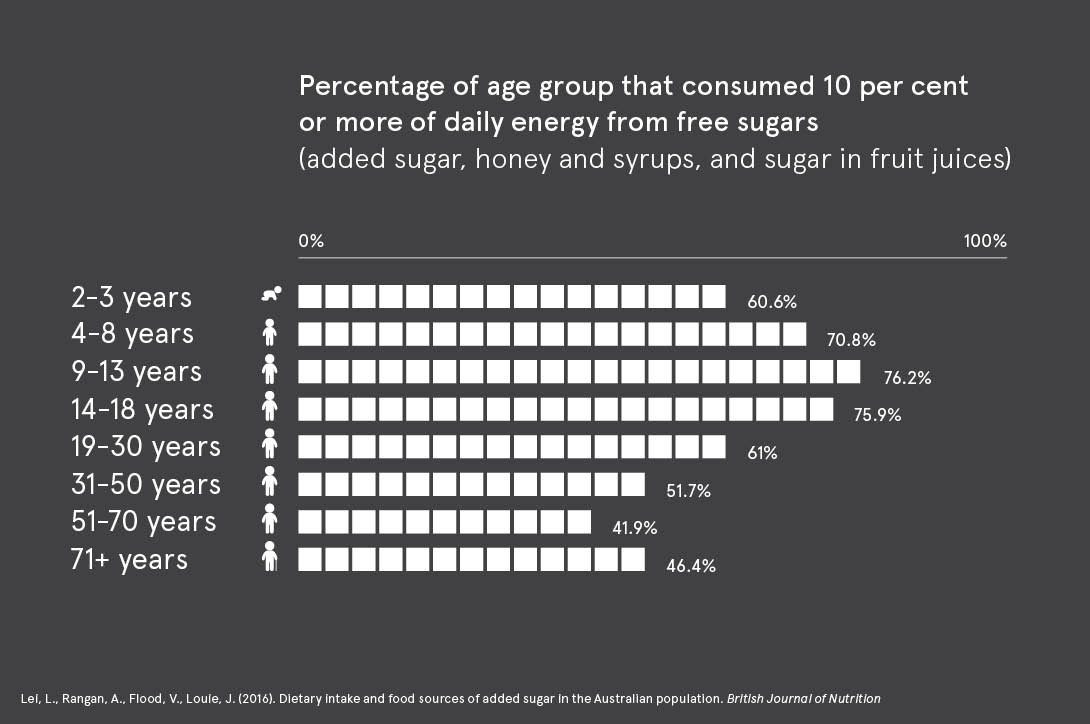 A new study by the University of Sydney shows that 55% of the population daily consumes more added sugar than World Health Organisation (WHO) recommendations and in boys aged 9-13 that figure is closer to 75% more. Clearly, there’s a problem.

But what if the tide against sugar turns again? The advice about fat being the enemy in the 80s and 90s was wrong – what if waging war on sugar turns out to be overkill as well? Perhaps we are missing the point and putting too much weight on manufacturers and authorities when it’s individuals making individual choices who are fuelling the obesity crisis. Overeating is the main cause of being overweight.

What do you think? Is it up to governments and manufacturers to stop us from getting fat? Do we need a tax or do we need to learn to make better choices?