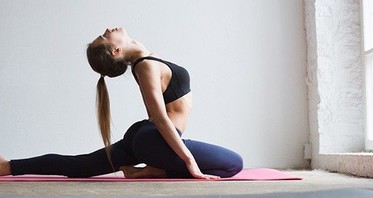 Exercise, we all know it’s good for us.

Exercising help us maintain a healthy weight and lose those unwanted kilos. It reduces our risk of developing cardiovascular disease, metabolic syndrome, type 2 diabetes and some cancers. Regular exercise strengthens our bones and muscles reducing the risk of fractures and improving the symptoms of arthritis. Your mental health, mood and cognition is kept sharp with physical activity.

All the benefits of regular exercise will keep you looking and feeling younger, but a new study has found exercise can actually inhibit ageing at a cellular level.

The mitochondria are structures within a cell that are responsible for energy production by converting our food energy into cellular energy for our cells and ribosomes to use. Ribosomes are cells at the site of protein synthesis acting as important protein builders.

As we age there is a steady decrease in the energy-generating capacity of our mitochondria. This change within our cells occurs during the ageing process and causes the destruction of mitochondria. This leads us to vulnerable to the harmful effects of free radicals and disease.

Until now, researchers have suspected the benefits of regular exercise extends to a cellular level, but there was relatively little known about which form of exercise helps cells rebuild the key organelles that deteriorate as we age.

Biopsies were taken from the thigh muscles of the individual volunteers and the researchers compared the molecular makeup of their muscle cells to samples collected from sedentary volunteers. The amount of lean muscle mass and the insulin sensitivity of the volunteers was also assessed.

The researchers found that while strength training built more muscle mass, HIIT yielded the greatest benefits at a cellular level.

By comparing proteomic and RNA-sequencing data in the volunteers on the different exercise programs, the researchers discovered evidence that exercise encourages cells to make more RNA copies of genes used for coding mitochondrial proteins and proteins responsible for the growth of muscle.

Exercise was also seen to boost the ability of ribosomes to build more mitochondrial proteins.

The volunteers of the interval training group were also found to have improved insulin sensitivity markers. This indicates a reduced likelihood of developed diabetes in the future.

Weight training was more effective at improving the volunteers muscle strength, which typically declines as we age. While the senior study author Sreekumarn Nair, a medical doctor and diabetes researcher at the Mayo Clinic in Rochester, Minnesota, said the study isn’t developing training recommendations, he recommends a program which combines the two forms of exercise would be beneficial.

“If people have to pick one exercise, I would recommend high-intensity interval training, but I think it would be more beneficial if they could do 3-4 days of interval training and then a couple days of strength training,” said Nair.

High-intensive biking was found to be very effective

The most impressive finding of the study was the increase in muscle protein content. In some cases, the high-intensive biking program seemed to reverse the age-related decline in the volunteer’s mitochondrial function and proteins that are needed for the building of muscle.

The researchers also found the high-intensive biking program rejuvenated the ribosomes responsible for producing our cells’ protein building blocks. A strong increase in mitochondrial protein synthesis was also noted. It’s the increase in protein content that explains the enhanced functioning of the mitochondria and muscle growth.

The division of muscle cells is rare and like the cells of the brain and heart, muscle cells aren’t easily replaced. It’s also found the tissues in the brain, heart and muscle decline with age.

“Unlike liver, muscle is not readily regrown. The cells can accumulate a lot of damage,” said Nair. He suggested there’s a good chance the benefits of exercise extends to other tissues if it restores or prevents the deterioration of muscle cells.

The next stage of the research is to understand the pathways exercise use to make ageing more targetable. “There are substantial basic science data to support the idea that exercise is critically important to prevent or delay aging,” said Nair. “There’s no substitute for that.”

The researchers hope to understand more about the benefits of exercise on different tissues throughout the body and ways clinicians may be able to target the individual pathways.

“Based on everything we know, there’s no substitute for these exercise programs when it comes to delaying the ageing process”, said Nair. “These things we are seeing cannot be done by any medicine.”