Is it Easier For Men to Lose Weight? 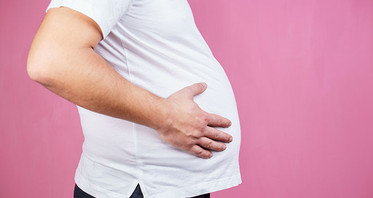 Ever notice the before and after photos of a weight loss challenge where the men looked ripped and the women have less noticeable results? Is it just that men are more compliant with their diet and push harder at the gym or is there some truth in the rumour that men lose body fat more easily than women?

Is it easier for men to lose weight?

Sorry ladies, it’s true. Men do typically lose weight faster than women but it may not count for much in the scheme of things.

Over eight weeks, the participants followed a low-calorie diet consuming 800 calories a day. This consisted predominately in the form of soups, shakes and low-calorie vegetables such as lettuce, tomatoes and cucumbers.

But it wasn’t just weight loss that resulted in larger reductions for men than women. Men also faired better in other clinical measures including lower heart rate, greater visceral fat loss and a decreased risk of type 2 diabetes and metabolic syndrome (including symptoms such as high blood pressure and BMI).

While women did notice a reduction in body fat and experienced a greater drop in centimetres off their hips than men during the 8-week weight-loss program, there were some other results that weren’t optimal.

Greater lean muscle mass enables men to burn more calories throughout the day due to the higher resting metabolic rate which results in more weight loss. This is why the caloric intake recommendations are higher for men than they are for women whether that’s for weight loss of maintenance.

The study identified men typically holding more visceral fat around their midsection. This is the concerning fat that surrounds internal organs. When these fat stores are lost it results in higher metabolic rate and they are able to burn more calories.

Women tend to carry more body fat around their hips, thighs and bottom in the form of subcutaneous fat. Because subcutaneous fat isn’t metabolically active, this doesn’t result in any change to their metabolic rate or risk factors.

From an evolutionary perspective, women generally maintain more body fat on average than men from puberty right through to menopause. This is greatly due to the adaptions required for childbearing.

Weight loss is challenging regardless of your gender

While it might be frustrating to see your male counterpart losing weight more quickly, especially initially, it’s important to remember weight loss is tough regardless of your gender.

This study has its limitations, only focusing on short-term small changes. It didn’t track whether the weight loss evened out over time or which gender was able to maintain it long term.

Some weeks you’ll lose weight and others you may see no change on the scale or a slight bit of weight gain. It’s also worth keeping in mind, it’s not all about the number. Photographs, waist-to-hip measurements and your gains at the gym whether that’s the increase in weight you can lift or your time around the running track, are all important measures to consider.