Could Your Coffee Habit Help You Lose Weight? 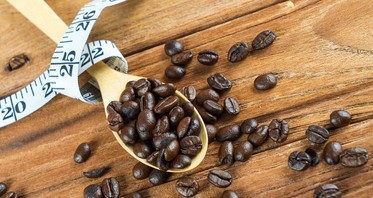 Type ‘coffee and weight loss’ into Google and you’ll be greeted by many article headlines suggesting your coffee habit could be the answer you need to reduce your body weight.

Sounds too good to be true?

A recently published study in the journal Scientific Reports has suggested caffeine consumption increases brown fat cells. These cells differ from the fat that accumulates around our waistline as they adapt to the environment, increasing or reducing the amount of energy burned.

On the surface, it appears drinking caffeine might be the magic solution to successfully lose the kilos and achieve a healthy weight.

What is brown fat?

Regardless of whether you want to achieve weight loss, weight gain or maintain a healthy body weight, we all have body fat throughout our body.

The total amount of body fat, as well as the distribution of fat types, will vary from person to person.

Brown fat is a type of fat that is gaining more research interest for its potential role in the treatment of weight gain and obesity. This is because when brown fat is activated, it can burn energy.

This body fat is mostly found in the neck and torso regions. It helps to assist with temperature regulation. For example, when it’s cold, brown fat is activated to heat us up.

Read more about the types of body fat here.

It has been suggested caffeine may be able to mimic the effects experienced when we are exposed to the cold and indirectly simulate the function of brown fat.

The caffeine and weight loss study

The research conducted by the University of Nottingham was divided into two parts: a lab experiment and human experiment.

During the lab experiment, fat cells from mice were grown in petri dishes. A caffeine dosage was determined based on the highest concentration that would brown the fat cells without killing them.

One millimolar of caffeine was added to some of the fat samples to see if the cells developed more attributes of brown fat.

Adding caffeine to these cultures was found to promote brown fat cell function in the samples tested.

The brown fat activity was measured before and after the experiment by assessing the skin temperature near the individual’s neck and shoulders.

In the participants who drank 65mg of caffeine, it was found the skin temperature of the assessed region increased when compared to the water-only group.

What to consider when interpreting the results

There are several things to consider when interpreting the results before you start drinking coffee to achieve weight loss.

If you’re struggling to lose weight even after ditching the processed foods and regularly participating in physical activity, you may want to consider the side effects your caffeine addiction has on your waistline.

Caffeine is a stimulant that activates our ‘fight or flight’ stress response and encourages the release of adrenaline. This results in the energy boost and mental alertness you have come to love after drinking your morning coffee.

What your body doesn’t understand is the stress response is because of the caffeine, not because you’re faced with a threat such as a lion!

And while the hormone release will help you run from that lion, there is a pitfall of activating the stress response, particularly long-term. Simulating the release of adrenaline increases the levels of the stress hormone, cortisol.

Cortisol encourages your body to hold onto and store body fat as a survival mechanism. This is most noticeable as the stubborn weight around your middle. Increased cortisol levels also can affect your blood sugar regulation, sleep quality, blood pressure and cause adrenal depletion.

So while caffeine may increase the function of brown fat and effectively help to burn more energy when taking at an extremely high (and unachievable) dose, it has other effects on the body that may offset the health benefits.

Simply put caffeine isn’t a magic weight loss tool. You’re much better off focusing on healthy eating, portion sizes and regular physical activity to shift the unwanted kilos once and for all.