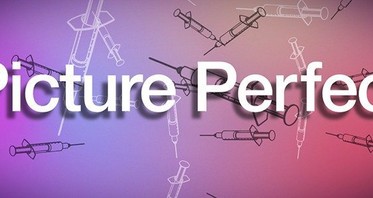 The popularity of cosmetic surgery is growing in Australia, and an increasing number of young people are exploring options to enhance their physical features through non-invasive procedures.

Dermal fillers in the lips and cheeks, and anti-wrinkle injections including Botox have become a popular choice, particularly amongst the younger set. In fact, Australians spent over $1 billion on these non-surgical procedures in 2015; an increase from $773 million in 2012.

A change of attitude towards cosmetic surgery

Recently SBS Insight ‘Picture Perfect’ posed the question: is there a problem in our culture, that young people are wanting cosmetic surgery to fix themselves?

It appears the attitude towards cosmetic surgery is changing amongst young Australians, viewing non-invasive procedures with more of a casual outlook.

Kurt Coleman, a self-confident Sydney sider made famous through the social media revolution, was Insight’s first guest. The 19-year-old, who is not shy of a selfie or two, has over 175,000 Instagram followers and has in many ways, become the face of cosmetic surgery for young Australians.

Kurt began enhancing his look at the age of 18 with laser spray tans, fillers in the lips, jaw and chin, as well as botox. “I love who I am”, he says. “I’ve got the self confidence that a lot of people don’t have.”

While many argue he has gone too far, when you look at the comparison photos it doesn’t appear he’s had a lot of work done. “I never thought… I hate what I look like, I’m going to get this done. It was just like a tiny thing that I tried.”

Kurt’s attitude to non-surgical treatments is relaxed comparing it to having your hair cut or hair recoloured, an accepted treatment to enhance your look.

22-year-old Rita Abdul also carries the same level casualness towards cosmetic surgery having had lip fillers and anti-wrinkle injections to enhance her features.

Heavily made-up, Rita explains she really enjoys cosmetic procedures and taking pride in her appearance, a trait likely to have developed growing up in Kuwait. “I like beauty. I like women who take care of themselves.”

“I’ve always been comfortable with the way I look, but I wouldn’t mind tweaking some things so that I feel on the outside like I do on the inside.”

Like Kurt, Rita also shares her cosmetic surgery experience on Instagram and Snapchat as she places great importance on being honest about the work she’s had done. Recently, she’s seen a shift in people becoming more confident to say “yes, I get work done”, rather than trying to hide it.

The youngest guest to appear on Insight was 17-year-old Summer, who recently had lip injections. Having always hated her lips, Summer discusses how she had long wanted to enhance her lips to help improve her self-esteem and confidence.

Having felt extremely low about herself, her mum agreed to the procedure as she could see it was really important to her, especially considering how impressionable and vulnerable adolescents are.

Sarah McMahon a clinical psychologist says this is a cultural issue, not an issue with the way people look. Concerned that cosmetic surgery is being normalised amongst teenagers, she says there are two issues our society faces: 1. Medical necessity and 2. Driven by fashion.

“I think we need to be talking about, when we’re thinking about 18 [years] and under … is the right to childhood and right to feel safe in your own skin” she says.

Sarah argues, you can’t fix a physiological issue with a physical intervention. “Where does this stop and where do we draw the line?”

Aska lagodko, a cosmetic injectables nurse, acknowledges the popularity of cosmetic treatments for under 25’s is growing and predominately driven by trends. Every second day clients bring in pictures of Kim or Kylie Kardashian in the quest to enhance their lips or cheeks.

One of the biggest shifts in attitudes Aska sees amongst young people is the desire to prevent aging, rather than restoring youthful beauty.

Meredith Jones from Brunel University has been researching why people get cosmetic surgery for over a decade and says they’re having procedures for an array of sensible reasons.

While not agreeing that people under 18 years should have permanent cosmetic procedures, Meredith explains that this is something ingrained in our culture from a very young age.

“Compare their decisions to say something like orthodontic braces. Where does your childhood go when you have a mouthful of metal?”

Culturally we see parents changing the appearance of their children from a very young age, Meredith points out. “When a child goes to the dentist and says they want their wonky teeth fix, they’re not sent off to a psychologist for assessment. Our culture accepts it’s better to have straight teeth.”

Young people shouldn’t be criticised for that, she adds.