Why men are turning to liposuction 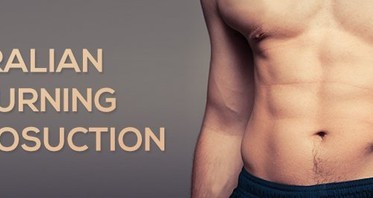 In the media, cosmetic surgery is mainly focused on treatments for women from breast implants to tummy tucks. However, today the reality is quite different from what the media portrays.  More and more men are getting on board and choosing cosmetic surgery procedures to enhance their physique in particular liposuction.

For men, liposuction or otherwise known as Lipoplasty, is a treatment offered to remove excess unwanted fat from areas including thighs, buttocks, abdomen, man boobs, upper arms and areas of the face and neck.  The beauty of liposuction lies in its ability to sculpt and contour the body to provide enhanced definition.  This is particularly useful in those targeted areas where the stubborn fat won’t shift through exercise and diet alone.

What draws men to liposuction?

We are finding more men are seeking to improve their muscle definition and achieve a more athletic, muscular body.  Most of the male liposuction recipients are in relatively good shape and maintain a healthy lifestyle, but struggle to gain that definition you would see in A-list celebrities such as Daniel Craig, Brad Pitt and David Beckham.

Contrary to what many would think, it is not just the younger men who want to get in on the action.  There is also a growing trend of men above the age of 50 undergoing liposuction.  Call it the new mid-life crisis or just a change in the desire of men to continue to look good later in their life.

The cross section of men opting for liposuction to enhance their body’s shape demonstrates that men in general, regardless of their age, are taking more care of their physical appearance.  Simply put, men are just more conscious of looking good.  This certainly plays a role and possibly gives the guy an edge in places like the workforce and of the course the dating scene, not just purely because of the physical transformation but also because of the increased confidence that comes with getting cosmetic surgery.

Liposuction in particular, is so popular with the male counterparts, that today we would see an equal number of women and men interested in the procedure.  The minimally invasive surgery and low recovery time is appealing as well as the opportunity to permanently remove the unwanted fat cells in those stubborn areas.

Types of liposuction procedures for men

With such growing popularity, advancements in technology and refinements have been made to meet the demand of men seeking the latest cosmetic techniques in body sculpting.   In the past many of the problem areas for men have been difficult to treat as the fat is typically denser than compared to the fat in women.  However, new and improved cosmetic procedures have meant this is no longer an issue.

Vaser Hi Definition Liposuction, also referred to as Vaser 4D Liposuction, is one such procedure that has made it possible to create a highly chiselled, ripped look.  This walk in, walk out cosmetic surgery for men can achieve a defined 6-pack, a well-shaped, firm upper body as well as sculpting of the arms to complete the athletic physique.

The Vaser Hi Definition Liposuction treatments works through the use of ultrasound energy.  Via a small probe inserted into the target area to be reshaped, sound energy is transmitted to break up and liquefy the excess fat.  Through this technique, smaller deposits of fat surrounding specific muscle groups is removed enhancing the natural contours of the muscle.  A gentle suction process, designed to minimize any trauma to surrounding nerves, blood vessels and connective tissue, removes the melted fat.

This liposuction technique has been incredibly popular for men due to its precision and the fact that it is considered a much gentler technique than other cosmetic body contouring procedures.   Without spending hours pumping iron in a gym, drinking protein shakes and being obsessive about diet men can achieve that desired broad muscled torso and six-pack through this procedure.

Vaser Liposuction is a more refined procedure than that of the traditional liposuction.  The major development with Vaser Liposuction compared to that of traditional liposuction is that it melts the fat prior to removing it through the suction device. This has meant less pain, reduce risk of trauma to body tissue, shorter recovery periods and a reduced chance of any skin dimpling or sagging post-surgery due to the removal of the fat deposits.

For men, this cosmetic surgery is appealing to those who want a more toned and smoother look in particular areas of the body, yet don’t want such a defined form.  That extra cushioning in the love handles, budge over the jeans and softness in the upper chest can be smoothed out with the results of a more desired shape.

It’s not all about rock hard abs and toned arms that has drawn more men to undergo liposuction.  Gynecomastia, commonly known as “man boobs”, is a condition which unfortunately is not treatable through a healthy diet and exercise.

Man boobs commonly occurs in 60% – 70% of males between the ages of 12-15 years old as they go through puberty. However, it does also occur in men later in life.  An imbalance between hormones stimulates an over-development of glandular issue which results in the deposition of excess fat in the breast area.  In the case of men, it is the higher oestrogen hormone levels which contribute to this fat deposit.

The fibrous nature of the breast tissue means it is difficult to remove, however the cosmetic procedure Vaser Liposuction, has made it possible to essential melt the fat away.   During the minimally invasive surgery, the high energy from the ultrasound device separates the fat cells from the fibrous tissue.  This converts the fat from the hard form into a substance similar to that of melted butter making it easier to remove.

In the process, the gland is surgically removed along with the unwanted fat.  This ensures the results are permanent and fat growth will not reoccur later.  Treating gynecomastia through Vaser Liposuction is more than just transforming the male physique.  The procedure improves the recipient’s self-confidence, reduces their anxiety and has a profound impact on their lifestyle.

Male liposuction is the fastest growing cosmetic surgery offered today.  With highly accurate and effective treatment options, the appeal of enhancing their figure by eliminating excess fat in targeted areas through liposuction is strong.  And there is no sign that the popularity of liposuction for men is slowing down. Whether it is to look chiselled like Daniel Craig or to tone up and smooth out the unwanted bumps, liposuction is the ideal cosmetic treatment for men.