Why Are More Women Opting for Breast Implants Over Age 40? 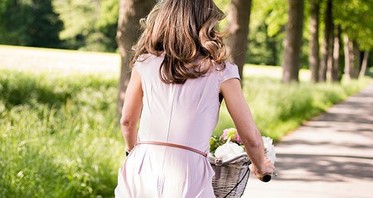 When you think boob jobs, you often picture the young woman in her mid-20’s with the desire to improve her physical appearance, however, that’s no longer the case. Today, we’re meeting with more and more women over 40 who are considering breast implants and augmentation surgery.

While women in their early 20’s desire breast implants to increase their natural size and attain a fuller look, older women are generally wanting to rectify age-related breast changes. Women over 40 tend to want to create more volume and fix the sagginess that occurs as a result of age or childbearing.

Time for a mummy makeover

In many ways, the trend of having babies later in life after establishing a career has influenced the trend in women seeking breast implant surgery after 40. These days it’s not uncommon for women to become first-time mothers in their mid to late 30’s or even 40’s as priorities have shifted.

Having financial security, stable relationships, a greater level of maturity, and stronger ties with the community are just some of the possible benefits of having children later in life, but the payoff is that sometimes pregnancy puts extra strain on the body.

In the majority of cases, younger women recover and regain their shape after pregnancy more quickly and easily than older women. Just as it tends to be easier for a younger man or woman to lose weight or build muscle through physical exercise and diet than it is for older folk.

It’s no surprise then, that mummy makeover procedures have grown in popularity especially in that ‘over 40’ age bracket. Cosmetic surgeries like breast lifts and implants, along with liposuction using Vaser technology, are the most sought-after procedures amongst mothers. Addressing sagging and volume loss as a result of childbirth and breastfeeding can effectively be achieved through this procedure.

The desire to turn back time

It’s no secret that ageing can impact the body in all sorts of ways and for many, these changes are unwelcome. We all expect some lines to surface whether they are from laughing too often or being too stressed over the years. Our skin quality changes, lumps and bumps may appear in new areas and sagginess sets in as our skin loses elasticity. Although we’re aware that some of these changes may happen as a result of ageing, for many women it’s hard not to get frustrated and desire that youthful body they once had.

Breasts are one of those body parts that are not immune to ageing. They may not be sitting where they should or they may lack the fullness they once had. Breast implant or lift surgery can help women over 40 regain their confidence by replacing lost volume, providing a lift and even upping the cup size if desired.

With advances in cosmetic surgery, more people have the opportunity to regain their natural youthful looks and tailor their body to better reflect how they perceive themselves.

Like it or not, physical appearance plays a role in life for both men and women. Both sexes are now considering cosmetic surgery as a way to give them the edge in the workforce, the dating scene and amongst social groups. You could call it vanity or simply look at it as people taking advantage of safe, effective ways to improve their figure and enhance their assets.

Breast implants and augmentation for some women over 40 could increase their confidence and keep them at the top of their game. When you’re competing with younger women as you climb up the corporate ladder, being confident is an added bonus to your skillset and experience. Having cosmetic surgery to remain looking great as you age is no longer taboo, and you might just be surprised at how many women and men are getting on board.

The majority of women over the age 40 also find themselves in a better financial position to spend money on the ‘non-essential’ items in life. Holidays, cars, luxury goods and cosmetic surgery are just some of the items women are choosing to spend their hard earned cash on.

The growing trend of women over 40 choosing to undergo breast augmentation is greatly contributed to the shift in mindset, where more women have no intention of spending their later years feeling frustrated with their bodies. And who could blame them, after all, cosmetic surgery should be considered an investment which helps women age with grace, confidence and beauty.