Could This New Weight Loss Device End the Battle of the Bulge? 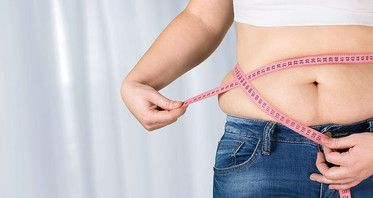 It’s no secret, the world is struggling with an obesity epidemic. Restrictive diets, weight loss supplements and gruelling exercise programs dominate the health industry, yet the number of people overweight or obese is growing leading to a whole host of health problems.

Approved by the Food and Drug Administration in April, Plenity (formerly known as Gelesis100) is the latest weight loss device to hit the market that shows promise for those struggling with their body weight.

What could be mistaken as a weight loss medication due to its capsule form, Plenity is a device that mimics the sensation of fullness.

Inside the capsule is hydrogel particles. When exposed to water, each gel particle expands to approximately 100 times its weight taking up space in the stomach and intestine.

The result is a feeling of fullness and less room for food. The idea is that you will eat less and kick some of the excess weight you’ve been carrying around.

After you have eaten, the Plenity device moves from the stomach to the intestines where it breaks down and releases the water into the gastrointestinal tract before passing out the body during a bowel movement.

As the body doesn’t absorb the hydrogel, the FDA classes it as a medical device, not a drug.

To approve the Plenity weight loss device, the FDA largely relied on the results of a clinical trial published in the Obesity medical journal.

436 adults with a body mass index (BMI) between 27 and 40 were recruited for the trial and were given either Plenity or a placebo for 24 weeks (6 months). The study was a double-blinded, placebo-controlled clinical trial which meant neither the participants nor the researchers knew who was receiving the device or the placebo.

The results of the clinical trial were as follows:

Is Plenity safe? What are the side effects?

The safety concerns in the Plenity trial were limited and no treatment-related serious side effects were experienced.

The participants who did take Plenity were more likely to experience digestive system upset including bloating, abdominal pain, diarrhoea and gas.

“In the past [there have been] multiple devices to put in your stomach to make you feel like there’s food in your stomach so you don’t want to eat more,” he said. “They’ve always had some problem. Either they eroded the stomach or they passed into the intestines and they couldn’t get it out”.

LePort also notes that once the devices were removed, the individuals are able to eat normally again which often results in weight gain.

As the clinical trial only followed the use of Plenity for six months, it is unknown the long term common side effects or body fat loss results.

Am I a candidate for Plenity?

This is new as most previous medical devices designed for weight management have only been approved for those with a BMI of above 30. This was unless there was a pre-existing medical condition such as heart disease.

Whether this is an effective obesity treatment long-term is still yet to be answered.

“In general, I consider these all some type of gimmick that the patient uses to take in less calories, because, in the end, it comes down to calories. If you take in too many, you’ll gain weight. If you take in too little, you’re going to lose weight,” LePort said.

What’s evident is Plenity isn’t going to yield dramatic weight loss results nor is it a treatment option to replace healthy lifestyle changes like a balanced diet and regular physical activity.