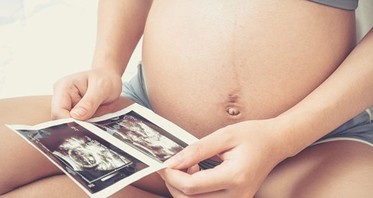 A medical breakthrough that is considered one of the most significant discoveries for pregnant women since folate.

A landmark study published in the New England Journal of Medicine has found the simple supplementation of vitamin B3 could prevent miscarriages and birth defects.

Researchers from Sydney’s Victor Chang Institute have discovered a major cause of why some women experience multiple miscarriages and why some babies are born with multiple defects including congenital heart, kidney and spinal cord malformations.

A deficiency in the molecule known as nicotinamide adenine dinucleotide (NAD) appears to damage the embryo in the initial weeks of pregnancy, a vital time when the baby’s organs start developing.

“We have discovered a whole new cause of birth defects and a way to treat it as well,” said lead researcher Professor Sally Dunwoodie. “The promise is that this could significantly reduce the number of miscarriages and babies born with defects.”

Vitamin B3 supplement could help millions of parents-to-be worldwide

The Australian study has found a simple supplementation of vitamin B3 (or niacin) before and during pregnancy could be the key to preventing miscarriages and birth defects attributed to the low levels of NAD.

The researchers uncovered two gene mutations that altered the metabolic pathway responsible for producing NAD. This molecule is vital for gene development and repair of the embryo. In mice studies, those with a gene mutation exhibited all the same defects.

“We gave pregnant mice with the NAD gene knocked out a regular dose of vitamin B3 and we found it prevented miscarriages and birth defects, over-riding the genetic block,” Professor Dunwoodie said.

The authors of the study explained this was the most significant advancement in the research of pregnancy and birth defects in decades. The research has been compared with the life changing discovery of the link between neural tube defects and folate levels in the 90’s.

“We got rid of the birth defects completely. It’s a phenomenal finding.”

“This has the potential to significantly reduce the number of miscarriage and birth defects around the world, and I do not use those words lightly”, said Professor Dunwoodie.

It’s estimated one in four women will experience at least one miscarriage. Approximately 7.9 million babies are born world-wide each year with significant congenital malformations. 80 percent of birth defects occur without a known cause. Professor Dunwoodie is hopeful NAD deficiency could be the explanation for a significant proportion of the malformations.

When two-year-old Sophia was born, doctors discovered she had a hole in her heart which lead to a ventricular septal defect. Researchers hope the latest medical breakthrough could help prevent congenital abnormalities like Sophia’s.

Parents of Sophia, Jackie and Darren, didn’t plan their third pregnancy and at 27 weeks Jackie was diagnosed with gestational diabetes. In an interview with The Sydney Morning Herald, Jackie says she took all the precautions and the birth of Sophia occurred without any complications.

It wasn’t until Jackie and Darren took Sophia home they felt something was wrong. “We took her home and we noticed that she was really lethargic and wasn’t feeding properly,” Jackie said in the interview.

A series of tests revealed their baby had a hole in her heart and by the time she was 19 months, the murmur had caused a ventricular septal defect. Major surgery was required to repair the defect, which Jackie explained was extremely worrying.

“When they told us she had to have surgery were really worried about how she would go, how she would recover,” Jackie said. “She was so little – half the size of other babies her age – and having major surgery.”

Dr. David Winlaw, Sophia’s doctor and study co-author, said the discovery could mean he would be treating fewer children with similar abnormalities to Sophia.

“This is the most significant breakthrough in understanding the causes of congenital abnormalities that has hit the world of what I do,” said Dr Winlaw at the Children’s Hospital Westmead.

While population-based trials are still required, this discovery has made a strong case for the supplementation of niacin to be added to the official pregnancy recommendation alongside folic acid, said Dr Winlaw.

Vitamin B3 is found readily available in healthy foods such as eggs, cheese, turkey, salmon, vegetables, nuts and seeds. However, a study from the United States has revealed up to one third of pregnant women aren’t absorbing enough vitamin B3 through their diet or pregnancy multi-vitamins and have low levels of NAD in their blood.

The current recommendation is that pregnant women should be taking the daily amount of vitamin B3 which is 18mg.

However, Professor Dunwoodie said women who have conditions such as diabetes, inflammatory bowel disease or a higher body-mass index, may require a larger amount for optimal absorption.

It raises the question whether intravenous vitamin injections, commonly used to help recover from illness, infections or post-surgery, could help increase levels of B3 in people with a deficiency. Being injected into the blood stream, the nutrients are more readily absorbed by the body than oral supplementation.

For now, the team from the Victor Chang Institute in Sydney want to extend their research to create a test that will help measure NAD levels in women.

“The goal is to have a quick and easy test that could be done at the same time as a pregnancy test, either in urine or blood,” said Professor Dunwoodie.

They also need to determine the optimal and safe levels of vitamin B3 (niacin) woman can take to reduce their risk of experiencing a miscarriage and preventing birth defects.