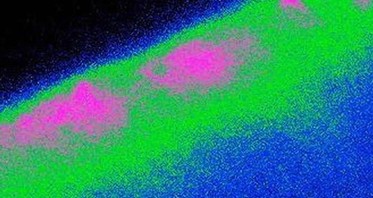 Is your ravenous appetite derailing your weight loss goals? New research has found our brain plays just as big a role in controlling our appetite, eating and weight as our stomach. This has the potential to result in new approaches in the treatment of obesity and obesity-related diseases.

Lead by Professor Nicholas Dale of the University of Warwick, the ground-breaking research has found tanycytes (cells in part of our brain that controls energy levels) have the ability to detect nutrients in our food and communicate to the brain directly to tell us to stop eating. 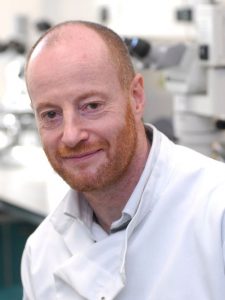 Professor Nicholas Dale in the School of Life Sciences

“The brain integrates a variety of signals to control appetite and body weight,” explained Dale. “Some of the signals are hormonal, but others are the levels of circulating nutrients in blood and brain.”

The tanycytes are responding specifically to the amino acids found in foods, in particular, arginine and lysine. Foods such as chicken, sirloin steak, pork shoulder, avocados, apricot, pumpkin, lentils and almond are high in these amino acids.

10 years ago, Dale and his team started researching how tanycytes detect glucose. Over time, the team began to speculate and demonstrate that tanycytes also had the ability to sense amino acids. This is important as amino acids play a huge role in the signally of satiety.

“Amino acid levels in blood and brain, unlike glucose, have a powerful effect on feeling full.”

Researchers were already aware that amino acids are the most important and efficient nutrient for satisfying our hunger levels, however, the brain’s role remained unclear.

“Some well-understood reasons for this effect are slower digestion of protein-rich foods, as well as their ability to keep blood glucose levels relatively constant, thus reducing food cravings that can otherwise occur soon after a meal”.

The authors continued to explain: “However, it has become evident over the past few decades that the brain is a key player in energy homeostasis, and amino acids can have a satiating effect even when the digestive system is bypassed.”

New approaches to treating obesity could be on the horizon

During an experiment which involved soaking the tanycyte cells in an amino acid solution, the researchers found signals to the brain that controls appetite and body weight were sent within 30 seconds.

This finding is significant and researchers believe it could lead to new treatment measures for obesity and other related diseases such as cancer, diabetes and cardiovascular disease.

This could be simply increasing the foods that contain amino acids in the diet. However, researchers also plan to explore how they can directly influence the activity of tanycytes to suppress a person’s appetite.

“We need to understand at a behavioural level how manipulating the activity of tanycytes changes food intake, and how their detection of amino acids plays a role in the control of feeding,” Dale explained.

“The most exciting thing is uncovering new knowledge – the tanycytes have been a missing part of the jigsaw in the control of appetite and body weight. Understanding more about them, how they signal, will give a more complete picture that we can then use to assist people to maintain healthy body weights.”

Australia is now considered one of the fattest countries in the developed world. 25 percent of children are considered obese and by 2025, it’s estimated that 70 percent of the country’s population will be overweight or obese.

This latest research from the University of Warwick into understanding how our appetite functions and nutrients that could be included in effective diets could help to curb the growing obesity epidemic.