In The News, Patient Resource

The Quest for a Slimmer Physique: What’s Australia’s Most Popular Type of Liposuction? 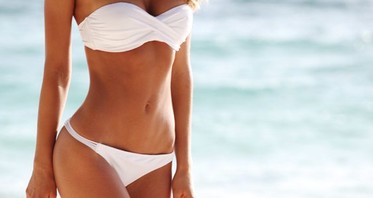 Cosmetic surgery is on the rise in Australia, with more and more Australians seeking cosmetic treatments to achieve their desired appearance. According to Harpers Bazaar Liposuction was the second most enquired about procedure in Australia in 2017.

A study by realself.com, the world’s largest online community for sharing information about cosmetic surgery, found that Sydney is the Australian city most interested in liposuction, then Brisbane, followed by Melbourne and Perth. Cosmos Clinic Doctor Dr Joseph Ajaka has noticed that “the tummy and love handles is the most popular area to get liposuction amongst men and women”, and the second most popular area is “man boobs in men and legs in women”.

Interestingly, Dr Ajaka reveals, “50% of our clients are men. Men tell their friends. In fact, men are more willing to come on tv with me to tell their story than women”.

So why is Liposuction so popular? A healthy diet and regular exercise are important for staying in shape, but some people are genetically predisposed to hold more fat cells in certain areas so in this case diet and exercise will not get rid of this stubborn fat.

So even if you’re doing everything to stay in good shape, you can still be stuck with fat in certain areas. Liposuction is a popular body contouring treatment that decreases fat tissue in these problem areas. 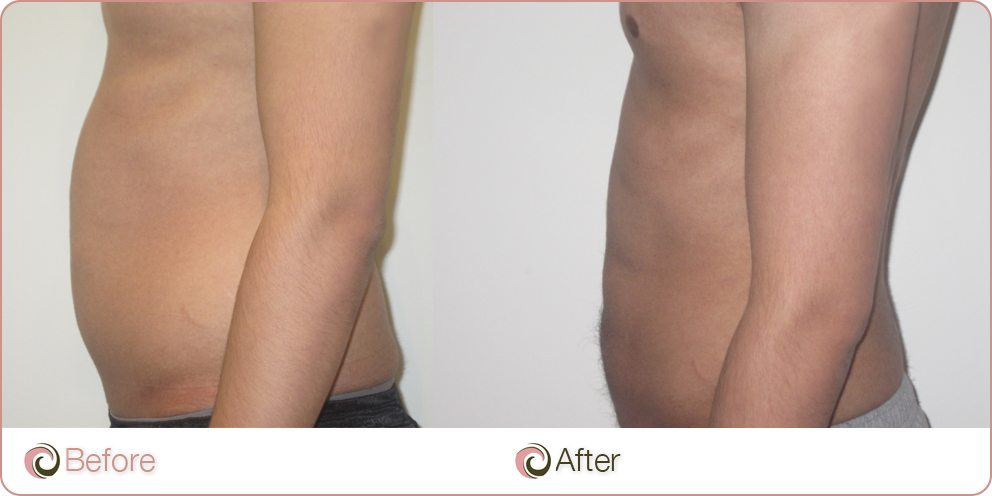 There are 7 main types of Liposuction, here’s a quick overview:

SAL is the standard liposuction technique. Basically, a surgical procedure by which a small, tube called a cannula is inserted into the problem area, the fat is carefully pushed and pulled through the lump of fat, helping to break up the fat tissue as it sucks the fat cells out of the body.

Laser liposuction is a minimally invasive procedure that uses heat energy from fibre-optic lasers to help break down or “liquefy” fat cells making it easier to suction the fat tissue from the treatment area.

VASER Liposuction is also minimally invasive and uses ultrasonic energy to break down the fatty tissue. Many cosmetic practitioners find ultrasonic assisted liposuction to be more effective in separating fat cells because heat is omitted from the length of the probe and the tip, whereas with laser liposuction heat is only delivered from the laser at the tip of the probe.

Check out this video of VASER liposuction performed on the arms:

High Definition Liposuction, is another form of VASER ultrasound-assisted liposuction the difference is that it’s designed to produce ultra-defined results. Unlike other forms of liposuction designed to remove larger volumes of fat, Vaser Hi-Def removes a superficial layer of fat from around the muscle groups which increases their visibility, giving a more defined, athletic look.

Liposuction technology known as The Micoaire uses air pressure to activate vibration of the tip of the cannula, which helps to break up the fatty tissue before it is sucked out.

This method uses radiofrequency assisted liposuction (RFAL), which releases heat energy into the fat tissue through the cannula inserted into the skin to an electrode positioned outside the skin. This focuses heat energy in the treatment area helping to liquefy the fat cells. Dr Ajaka notes that this method is “more painful than VASER”.

Using a system known as Bodyjet, water-jet assisted liposuction (WAL) a flat, fan-shaped water-jet is used to gently separate the fat from the tissue structure while it’s simultaneously sucked out. 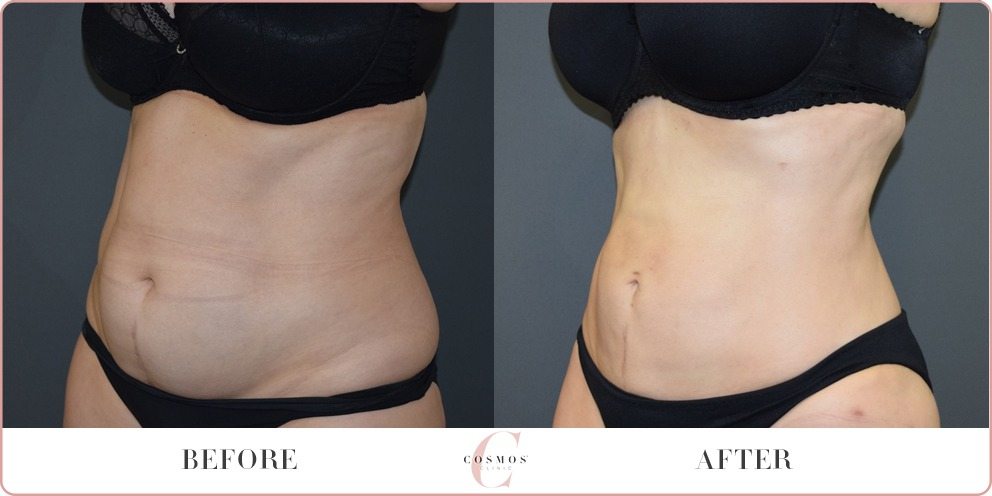 So, which is the most popular type of lipo in Australia?

There are many points in favour of VASER liposuction. For example, compared with Laser Liposuction it’s generally more efficient at separating fat cells. The ultrasound probe is capable of breaking down denser fat tissue due to the vibration it creates. While the intense heat at the tip of the laser probe means that the results have the potential to be less even than results from VASER liposuction.

Dr Ajaka also explains that “Vaser liposuction is superior to other forms of liposuction because it melts the fat like butter before being suctioned out so that you get more fat cells out and a smoother finish”. He uses the analogy that “traditional liposuction is like trying to suck a brick out through a straw, so you often leave fragments of fat inside, and the results can be lumpy”.

Another benefit of VASER pointed out by Dr Ajaka is that “Vaser liposuction also helps tighten the skin via the stimulation of collagen fibres from heat emitted by the Vaser probe”.

Also, with VASER liposuction the fat cells are mostly left undamaged which means they are suitable for fat transfer procedures like the Brazilian Butt Lift, a procedure that is becoming increasingly popular among Australians.

Find out more about Liposuction at Cosmos Clinic and be sure to check out some more before and after photos. The video below talks about a liposuction trend that might surprise you.