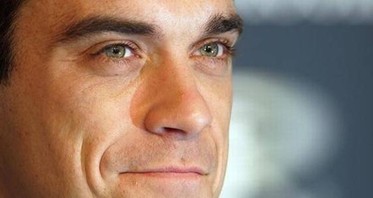 It seems Robbie Williams has taken comments on his social media to heart with his latest revelations. The 42-year-old music star says what his fans and critics were saying about his appearance inspired him to act.

His chain-smoking, unhealthy eating and boozy habits had appeared to have caught up with the artist. William, who has a self-confessed fear of aging, chose to fight back with the help of cosmetic surgery.

“I’ve had Botox and some fillers and something done to my chin,” he reveals. “And I really like it. With the last few albums I put out I looked on social media people were saying ‘F— he’s aged’. And I was like ‘Yeah, I have’. I was tired, I had mental illness and stress and whatever was going on up there was coming out in my face. The truth of my mind was written on my face.”

Coinciding with the release of his latest album ‘The Heavy Entertainment Show’, Williams is relieved to see fewer comments about his new appearance.

“No-one was saying I looked old. I don’t think I’ll take it to that Hollywood freaky level. We’re at the beginning of people outing themselves as this being a usual thing.”

These days it’s common to hear female celebrities admit they’ve dabbled in cosmetic surgery, however it’s rare for the men of Hollywood to speak so candidly. With the rise in the number of men undergoing aesthetic treatments, it’s likely more men will reveal just how they’re maintaining their youthful appearance.

Williams is no stranger to talking to the media about the extent his goes to staying in shape. One of the first revelations he made was about having a treatment to thicken his hair.

“Guys don’t talk about having their hair done. They do not talk about it in public, but I did” he says.

“I thought ‘Yeah, I’m gonna try this sh — out’. I had something done I didn’t need done, I was just bored. I will try anything once. Not just related to vanity, but anything. Kangaroo meat? Sure, let’s have some f—ing kangaroo.”

When Williams was nearing 40 and promoting his ‘Swings Both Ways’ album he was going through the common struggle of turning grey.

“Pop stars shouldn’t be grey but pop stars also shouldn’t have badly dyed hair! I saw a few photos of myself with badly dyed hair and I thought being grey is infinitely better than that f—ing mess you’ve got on your head right now. So this is it, I’m going for it. I’m 42. In pop star years that’s 1042 years old.”

It’s not just the hair that Williams has addressed with a little help from cosmetic practitioners.

‘I’ve had some fillers, and some Botox, and I’ve had something done to my chin which means I can’t even move my f***ing forehead.”

Thanks to Botox, Williams has erased his forehead wrinkles, frown lines and crow’s feet. It’s likely he used Dermal Fillers to create volume and smooth out areas of his nose, mouth and cheeks.

William’s skin is looking better and more youthful than ever before prompting speculation his had Platelet Rich Plasma treatments to remove the tell-tale signs of his wild lifestyle, ageing and sun damage.

‘Every time I’ve been into the studio, it’s been under the heavy weight of “You’re coming back, you’re doing an album, this had better be a hit, you’re 42, you’re fat, your eyes are droopy, go and write a bigger chorus.’

Williams says his party boy days are behind him. The performer has made several major adjustments to his lifestyle in addition to the cosmetic surgery. He’s lost nearly 10kgs, giving up smoking and has set himself a gruelling workout regime. He’s also now a proud teetotaller after severing his relationship with alcohol back in 2006.

Most celebrities say they avoid reading the tabloids and social media perhaps in fear of negative commentary about their appearance, but not Williams.

Thankfully, the latest comments about William’s efforts to improve his appearance, both natural and cosmetic, appear to be having a positive effect. Many fans are praising the artist for his ‘fresh-faced’ look and now Williams can confidentially strut out on stage stating his trademark ‘allow me to reintroduce myself’.