A Second Skin That Gives You the Elasticity of Youth 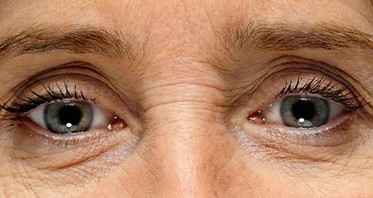 When we age, our skin’s elasticity is lost.  Wrinkles begin to appear, the laugh lines are more defined, sagging occurs and heavy bags form under our eyes.

What if you could restore the elastic nature of your skin, just like you put a Band-Aid on a wound? Scientists at Harvard and Massachusetts Institute of Technology (M.I.T) have discovered a way to create a “second skin”, which can restore the elasticity of youth.

In the May 2016 journal Nature Materials, researchers published their findings of a human pilot study of 170 subjects.  They found that by applying an elastic, wearable polymer layer, they could significantly improve ageing skin.  Not only that, researchers believe this “second skin” could be used to treat common skin conditions like eczema and psoriasis, by covering the dry, itchy patches with an invisible film that soothes and moisturises.

The product is made from siloxane chemicals which have been deemed safe by the U.S. Food and Drug Administration (FDA).  They consist of one atom of oxygen linked to two atoms of silicon, which form long chains of repeating units, known as polymers.

In a two-step process, researchers were able to modify the molecular features to achieve the properties they desired.  The first step is to apply a clear polymer liquid.  Secondly, a product called a catalyst, is applied to link the polymer chains together and make it stronger.  This gives the researchers flexibility to modify the product depending on its end use.  For example, by making it more permeable, it could be used in cosmetics to reduce bags under the eyes.  By making it less permeable, it could be used therapeutically on the skin to hold medication in place.

The two-step process creates an adherent, invisible layer on the skin

The “second skin” is flexible, breathable and transparent. It is then easily removed with a solution designed to dissolve the polymer.

The published pilot study is the first test of the product on human skin.  Researchers are unsure whether they have enough data as this stage to have the product approved by the FDA for marketing and will know more later this year.

Professor of biomedical engineering at Columbia, Gordana Vunjak-Novakovic was not involved in the research but said “I think it is brilliant”.

What they have done is design a clever biomaterial that recapitulates the properties of young and healthy skin. They can use it as sort of a Band-Aid over old and aging skin and get very significant results.

Dr. Murad Alam, a professor of dermatology at Northwestern University, was also impressed, however he has cautioned that is was still too early in the product’s development to know it’s future potential.  Standing independent of the research, Dr. Alam said if the testing is successful, “I think it will be very popular.”

The idea was born from researching a new hair product

More than a decade ago, the idea of creating a “second skin” formed when Dr. R. Rox Anderson began working on devising a polymer for the use in a hair product for Living Proof.  The professor of dermatology at Harvard Medical School, questioned the company’s executives as to why a polymer couldn’t be used on the skin.

A lot of what happens when we age and skin starts wrinkling and sagging is loss of elastic recoil,” he said. “When we move skin, it doesn’t snap back to what it used to be.

Dr. Anderson set the challenge for Living Proof to search for something that would be successful.  “It has to be nearly invisible. The skin still has to be able to breathe through this stuff. And it needs to be strong enough and elastic enough that it actually affects the recoil of the skin”, he said.

Biomedical engineer and scientific founder of Living Proof, and professor at M.I.T began his research.  “We made literally hundreds of polymers,” he said. “We were looking for safety, spreadability, adherence, and the right kind of mechanical and optical properties.”

The “second skin” can survive sweat, rain and rubbing

Dermatology professor and researcher on the project, Dr. Barbara A. Gilchrest, initially tried the solution on undereye bags as it’s a common condition that plagues people from middle-age.

We wanted something that is elegant, and the ultimate test is right there on your face,” she said. “You really can’t see it. It’s there. It looks normal. We saw that as a very high bar. If you can achieve that you’ve done something impressive.

Various studies were carried out on people with bags under their eyes and those with very dry skin on their legs.  Studies tested elasticity when people applied the “second skin” on their forearms, and others tested the appearance of the product verses a placebo when applied under the eyes.

Volunteers tested the product’s durability when they wore it as they worked up a sweat running, while swimming in a pool, and walking in the rain.

The “second skin” could become a treatment for eczema

Dr. Gilchrest says one of the most important uses of the “second skin” could be in the treatment of eczema and in people with dry skin, the sort that comes with aging.

We tell people to pat their skin with a damp washcloth and put on a heavy moisturiser, but that only lasts a short time,” Dr. Gilchrest said. “They end up with greasy goo all over the sheets, and they wake up in the middle of the night, terribly uncomfortable. We need something that was easier to use and didn’t make a mess and stays. Which is what this stuff does.

Dr. Anderson says another potential application for the product is to keep drugs like cortisone creams on the skin.  Less than 10 percent of the cream, often used to treated skin conditions, remains on the skin after it’s applied. “The other 90 percent ends on your pillowcase or your clothes”, he says.

Researchers of the “second skin” emphasise the testing of the product as a cosmetic treatment is very separate from its use as a medical treatment.  Most subjects who have tried the product cosmetically have responded very well.  The response rate of the product used therapeutically is unknown.

The product does work, but it’s a little depressing says Dr. Mathew Avram

A Harvard colleague of the research team, Dr. Mathew Avram, tried the “second skin” by applying it under his eyes.  Not associated with the company or product, he said “it does work”.

But it was a little depressing.

I didn’t realise I had those bags.

The invisible “second skin” presents unique opportunities when used cosmetically by restoring the normal skin mechanics and enhancing the patient’s appearance.  Currently, the product is only designed for a daily application, but this may be extended and could potentially be developed into a more durable skin surface.  This will allow for the “second skin” to look and behave naturally for a longer period of time.