Use of Cannabis in Weight Loss & Gain 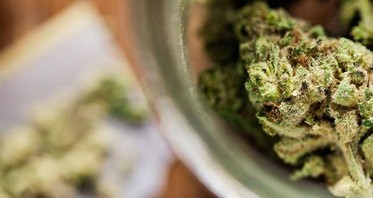 As the use of cannabis to treat medical conditions becomes more common, the research and knowledge into cannabis consumption and its benefits increases. While traditionally marijuana has been used for pain relief, to improve mood, and to increase appetite, more recently one such area of interest, is its positive effects on weight loss and metabolism.

Insulin is continually circulating the body

Your bodies naturally make the hormone insulin, in order to utilise glucose from the carbohydrates in your food for energy. If energy isn’t required, insulin helps the storage of glucose for future use when you actually need it.

Insulin is responsible for maintaining your blood sugar levels, ensuring they don’t go too high or too low. Fasting insulin levels shouldn’t be too low (an issue often seen in people with untreated Type 1 diabetes), and they shouldn’t be too high, as this is a sign of insulin resistance or pre-diabetes.

In the event you consume food that raises your blood sugar levels too quickly, the pancreas secretes extra insulin to compensate, and the excess is often stored as unwanted fat.

Too much glucose stored in your cells will ultimately lead to weight gain due to insulin promoting stored fat. You’ll also put on the weight if your body is unable to manage insulin properly.

This is where cannabis comes into play. A study consisting of 4,657 men and women in the US, found that in those participants who regularly consume cannabis, their fasting insulin levels (the amount of insulin in your body prior to eating) were 16 percent lower than non-consumers.

The significance of this is that low blood glucose levels, together with insulin, leptin and triglycerides, are considered to be extremely important factors in overall health and longevity.

In fact, lead investigator Murray Mittleman, M.D., says that there is a lower prevalence of obesity and diabetes mellitus in users of marijuana than compared to those who have never used cannabis.

We all know that endorphins are released when we exercise, making us feel great and energetic. However, that’s not the only compound that excites us. During exercise, the endocannabinoid system, which is a group of lipids and cell receptors, is activated. This system is responsible for pain relief, influences our mood, impacts our memory and controls our appetite.

As you exercise, the body naturally produces active ingredients known as cannabinoids (compounds such as tetrahydrocannabinol (THC)), which creates a feeling of being high.

The body stores THC in fat, and as the body begins to burn fat during exercise, small amounts of the compound are released into the bloodstream. This produces similar effects as it would if you were to consume a small amount of cannabis.

During a 2013 study, it was seen that THC blood levels increased by about 15 percent immediately after exercise, but dissipated two hours after the workout.

What was interesting in regards to weight was the greater a person’s body mass index (BMI), the greater increase of THC circulating in the body.

When cannabis is inhaled, THC binds to cannabinoid receptor 1 (CB1) mainly found in the brain. There is a suggestion that a lower BMI seen in pot-smokers  could be due to a down-regulation of brain endocannabinoid signalling.

Although acute THC is responsible for stimulating your appetite making you eat, repeated stimulation of the CB1 receptors by the compound decreases the receptor sensitivity and will eventually dampen your hunger signals.

Another component of marijuana, tetrahydrocannabivarin (THCV) may be responsible for reducing body weight. In animal studies, this compound has shown to increase metabolism of fat cells.

Now, before you consider smoking marijuana to lose weight, remember that it’s still an illicit drug in Australia. Not to mention, that there are very few strains of cannabis that have significant levels of THCV, so your chances of having a weight loss effect are slim.

Although medical marijuana has now been legalised in Australia, it’s unlikely that GP’s will be prescribing the drug to control weight loss anytime soon!