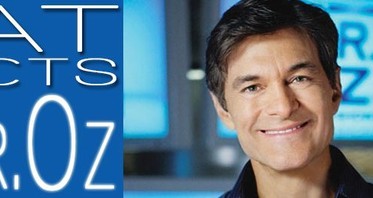 A lot of folks get heavy and they don’t know why, but it’s usually because of a few bad habits.

You may think drinking diet soda should help you lose weight because you’re not having all of the sugar in a regular soda. But it turns out that it is so sweet that it reminds your body that it is supposed to want some sweet stuff. Remember your brain’s really smart, it can tell if they’re nutrient and if there is sugar in there. So if you’re giving it a sweet taste and you’re mouth tastes it but your brain doesn’t feel that there are calories like sugar coming in, it thinks “What’s going on here?” and it makes you and reminds you to eat and drink more food. Which is why diet soda has never been correlated with dieting, quite the opposite, people who drink diet soda seem to have more problems with weight.

2. Avoid trying to cut too many calories at once.

Remember when the body senses that you’re having less calories, just say you’re having 400 less calories than you would normally eat. Your body say “You must be starving so I’ll help you out and cut your metabolism down.” If your metabolism gets cut down you stop losing weight making you frustrated and angry and irritable. You’re cutting down the food you eat, you’re not losing any weight and when you rebound back you yo-yo above your beginning weight. So instead, nudge your way down by only trying to shave 100 to 200 calories a day. That simple little adjustment will allow you to lose the weight for a long period of time.

3. Avoid too large a portion of pasta with high calorie sauces and cheese.

You’ve got to be thoughtful about the portion you’re taking, people in Italy who eat pasta don’t get heavy because they eat smaller portions of it. In Australia we can do the same, the “A Ok” rule is: Hold your index finger up to the knuckle of your thumb (making an ok symbol) the amount of dry pasta that can fit through that hole is the amount of pasta you should be eating. If you’re putting any more pasta into the bowl than that you will gain weight.

4. Avoid overeating in the evening.

It’s not that the fats or the calories in the evening are that much worse but you usually have already eaten all of the calories you are supposed to eat by the time dinner comes around so if you keep eating all night long after dinner you begin to put on the extra few hundred calories that leads to obesity. It’s what is making Australia fat, the battle of 100 or 200 calories every day. So by not eating after dinner, you end up not having too many calories so you keep within the range that you are supposed to be.

If a dish is made low fat they have to add something bad to make up the difference, they add sugar bad, they add salt bad, they add bad stuff back to the food. Eat real food, if it doesn’t have a package that’s labelled to trick you into thinking it’s a low fat diet it’s probably better for you long term. Those are the foods that will make you lose weight long term. Rule of thumb, if the food comes out of the ground looking the way it looks when you eat it, you’re doing ok.