Do You Suffer From These Health Issues Caused by Fat? 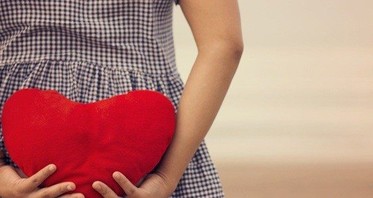 Being overweight isn’t a cosmetic problem. Excess fat raises your risk for many serious health problems including cardiovascular disease, metabolic syndrome and some cancers. Too much fat is reducing your lifespan, increasing your chance of chronic disability and premature death.

You don’t have to be obese to experience the effects of excess fat. Even those who are slightly overweight have an increased risk of suffering from some of the following health complications.

Blood is pumped around your body through arteries each time your heart beats. Blood pressure refers to the intensity your blood pushes against the artery walls. In people with hypertension, the force rises and remains high over time. This can damage the arteries and lead to serious health problems such as heart disease and stroke.

You’re considered to have hypertension if your blood pressure is consistently 140/90 or higher.

Coronary heart disease is caused by plaque building up within the coronary arteries, which supply your heart with oxygen-rich blood. These arteries become narrow and harden, reducing the amount of blood getting to your heart.

The reduced blood flow can cause chest pains known as angina, abnormal heart rhythm, heart attack, heart failure or sudden cardiac death. Being overweight or obese increases your risk of coronary heart disease due to the health complications associated with excess fat such as hypertension, high cholesterol and high blood sugar.

Type 2 diabetes is the most common form of diabetes and a condition which is entirely preventable. The disease is characterised by high blood sugar (glucose) levels. Your body is designed to break down your food into glucose which is then transported to cells. Insulin is a hormone which converts glucose into energy.

In people with type 2 diabetes, the cells don’t use insulin appropriately and the body responds to this by producing more insulin. However, this doesn’t solve the issue and gradually the body simply can’t produce enough of the hormone to control its blood glucose levels and the cells fail.

Approximately 80 percent of people living with type 2 diabetes are classified as overweight or obese. While the exact reason people with excess fat are more susceptible to type 2 diabetes remains unclear, it is thought that being overweight results in changes of your body’s cells. The cells become resistant to insulin and glucose can’t be taken up by your cells.

You can read more about the weight issues linked with insulin sensitivity here.

It’s common for overweight and obese people to suffer from sleep disorders including sleep apnoea. Sleep apnoea causes a person to pause their breathing during their sleep. This results in a decline in oxygen levels which impacts your blood vessels and heart and increases your risk of stroke and diabetes.

If your excess fat is stored around the neck, this decreases your airway size making it more difficult to breathe. This can result in loud breathing, snoring or the breathing stops altogether. Additionally, the excess neck fat causes inflammation, which increases your risk of developing sleep apnoea.

Pain and stiff joints are symptoms of osteoarthritis. Traditionally, osteoarthritis was a condition associated with ageing or a severe injury, however, today more overweight people are suffering from the debilitating pain.

This is due to the excess weight placing more pressure on the cartilage and joints. Eventually, the cartilage tissue covering the bones wears away. As with sleep apnoea, the increase in inflammation may also be a contributing factor. Overweight people are also at a greater risk of osteoporosis leading to bone thinning. Even children with excess fat are warned they’ll develop fragile bones which will heighten their risk of suffering from musculoskeletal disorders in adulthood.

Excess weight increases your risk of several cancers including breast, endometrial, gallbladder and colon cancers. When cells grow abnormally or in an out-of-control manner in any part of the body, they’re referred to as cancer. Over time the cancer which may have started in the colon can spread to other areas of the body like the liver.

Gaining fat during adulthood increases your risk of these cancers, regardless of whether you’re classified as obese or overweight. It has been suggested, fat cells may alter the cell growth due to a release of certain hormones and lead to cancer. However, the exact cause remains unclear.

Obese people have over a 50 percent higher risk of struggling with depression when compared to lean individuals. People suffering from depression have a 58 percent increased risk of becoming obese. Excess weight and depression both contribute to a vicious cycle.

Regardless of whether you were depressed first and then gained weight or vice versa, the stress causes changes to in your brain chemistry and its function. Those with depression are also found to have elevated cortisol levels which have the potential to change the substances in fat cells responsible for fat accumulation.

Obesity contributes to infertility and reduces the rates of successful pregnancy in both natural and assisted conception. Studies found severely obese women, with a BMI of 40 or more, are 43 percent less likely to conceive than women of a normal weight.

Insulin resistance is likely to be the key factor causing anovulation. This is due to high levels of insulin causing hyperandrogenaemia, lower levels of sex hormone-binding globulin and higher levels of free insulin-like growth factor 1. Reducing your body weight by just 5 percent can increase your ovulation rates.

Furthermore, those who have managed to become pregnant, they have a significantly increased risk of complications including miscarriage. Insulin resistance also increases the risk of adverse outcomes such as gestational diabetes, preeclampsia and overweight babies.

These increased risks are prompting health experts to call for obese women to stop trying to conceive.

Carrying excess fat isn’t just a problem with fitting in your favourite dress or looking great while sunbaking on the beach. Moving becomes a challenge and the health complications associated with being overweight and obesity have the potential to cut years off your life or end it altogether.