In The News, Patient Resource

Should Obese Women Be Prevented From Having Babies? 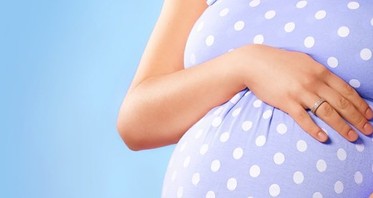 One of life’s greatest gifts is having children and for many, it’s something they’ve looked forward to for years. However, with the obesity epidemic growing substantially, health experts are warning the costs of obese women having babies are high. In fact, there are calls for obese women to be prevented from having children entirely.

Experts call for obese women to stop having babies

In a recent article published in the Lancet, researchers lay out the facts of the dangerous and in many cases, catastrophic, health consequences maternal obesity has on babies.

“There is now little doubt that this trend has contributed to the prevalence of childhood obesity, a problem the World Health Organisation (WHO) considers to be one of the most serious public health issues of the 21st century,” according to The Lancet.

This list of conditions the offspring of an obese mother is at risk of is lengthy, and includes coronary heart disease, brain damage, Type 2 diabetes, asthma and stroke. Still birth, high blood pressure and complications during the birth are also of concern.

A study conducted by Southampton University further outlines the serious health problems that can occur due to excess weight. The research states “Increasing evidence implicates maternal obesity as a major determinant of offspring health during childhood and later adult life.”

The research concludes stating that behavioural intervention that addresses the obese women’s diet and physical activity during pregnancy is not adequate to “prevent gestational diabetes, or to reduce the incidence of large-for-gestational-age infants”.

It begs the question, should obese women be prevented from conceiving until they have gained control over their weight?

Women are encouraged to be at a healthy BMI before conceiving

Obesity becomes a vicious cycle with not only genetics playing a role in fuelling the disorder, but parental behaviour too. It’s more than likely the parents eating habits and sedentary lifestyle are going to influence the child’s behaviour.

“In view of this cycle of obesity begetting obesity, there is an urgent need to assess whether interventions in high-risk pregnant women can reduce the risk of adverse outcomes in offspring.”

According to the Australian Bureau of Statistics, over 30 percent of Australian women aged between 18 and 24 years old are considered overweight or obese. In the US, 60 percent of women who become pregnant were overweight, and in the UK it’s one in five who were obese when they conceived.

As the numbers climb health authorities continue to encourage women to reduce their weight to be at a healthy body mass index (BMI) before conceiving. Obesity prevention is being pushed to the forefront in an effort to reduce the complications pregnant obese women experience as well as their children.

Overweight women are being wrongly targeted

Australian College of Midwives president and University of Technology Sydney Professor Caroline Homer was interviewed by The New Daily regarding the research published in the Lancet. Prof Homer warned women who are overweight or obese are being wrongly targeted.

“I think it’s terrible, saying women who are a certain weight shouldn’t get pregnant is unhelpful and not going to work, quite frankly”, she says. “So much of what is going on at the moment is just scaring the life out of women.”

With the growing numbers of women becoming obese and overweight, Prof Homer suggests telling people they’re going to have unhealthy babies with serious conditions leading into adulthood is unhelpful.

“What we need to do is help women enter pregnancy in the best possible health and then look after them through their pregnancy so their weight is maintained at a reasonable level and make sure they have a safe birth.”

Women who are obese when pregnant are at a greater risk of gestational diabetes, preeclampsia, hypertension, lengthy labour, labour interventions, and miscarriage. Anaesthesia for obese women is problematic if a C-section is required and they’re more likely to haemorrhage.

“What we are interested in is making sure women go into pregnancy in the best health that they can be and preferably with normal BMI and a normal weight.”

Epigenetics plays a role in the health of your offspring

Epigenetics describes as a mechanism that switches on and off genes through chemical signals, without altering the DNA’s structure. The signals have the ability to alter the way genes can produce proteins or communicate with other, lasting for months or years and in some cases, several generations.

Numerous factors can flick on or off the epigenetic switches including lifestyle, environment, and age. Research has revealed, if a grandfather smoked at an early age, they’re more likely to produce overweight children who were more prone to diabetes than if they hadn’t smoked. They’re also at greater risk of developing asthma and lung cancer in the further.

This suggests, the lives that our grandparents lived has a great impact on our health. Research into the role epigenetics plays in obesity is still in its infancy, however it has been seen diet has the ability to alter one’s DNA.

It’s not only what the pregnant women eats that has an effect on the baby’s health. What the father, grandparents and great-grandparents ate changes the DNA environment, effecting the offspring down the line.

There’s also growing evidence to suggest the weight of the father could influence the child’s weight and their appetite in the future. A study published in the journal Cell Metabolism found that male sperm holds critical information about a man’s weight.

Sperm takes two months to develop, so prior to conception men are also being encouraged to drop the excess kilos and lead a healthier lifestyle before they start a family.

Read more about the influence a father-to-be’s waistline has on their children here.

Preparing for pregnancy and losing weight

One of the best ways to ensure your health is optimum before, during, and after pregnancy is to maintain a healthy weight. The research is clear, being overweight at the time of conception puts your baby at risk of a long list of pregnancy complications. Excess weight also makes it harder to conceive in first place, and losing it after baby will be another challenge.

According to a study by the Capital Medical University in Beijing, obese pregnant women who participate in intensive nutritional diets and exercise (under a doctor’s guidance) in the first trimester are less likely to gain excess weight or endure C-sections, preeclampsia or hypertension.

The advice however, is to lose the weight before you conceive and the tried-and-tested method to getting to a healthy pre-pregnancy weight is diet and exercise. But let’s face it, this can take an incredible long time and when the desire to have a baby is so strong, trying to lose weight can be an emotional roller-coaster.

Vaser Liposuction is an alternative for those who have struggled to lose the pre-pregnancy or post-pregnancy weight through the traditional methods of diet and exercise for numerous reasons. It’s also a great way for father’s-to-be to get into shape before conception.

Through a gentle form of liposuction, fat is removed after the fibrous tissue has been numbed and softened. The minimally invasive procedure allows for a quicker recovery and can set mum’s-to-be on the path of continually weight loss through maintain a healthy diet and exercise.

Women shouldn’t feel pressured to lose weight prior to pregnancy, nor should an outright ban be placed on those wishing to conceive. However, women should be educated about the potential risks associated with obesity and pregnancy, and be encouraged to reach a healthy weight prior to considering starting a family.

This is not only for their own health, but also for the health of their babies.