Hope in the Form of a New Drug for Obesity Sufferers 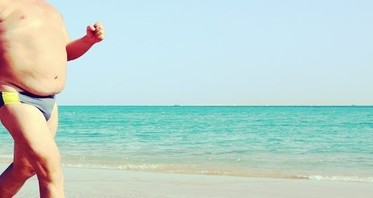 Australia’s obesity crisis has hit an all-time high, and the issue goes way beyond aesthetics.

In 2014-2015, an incredible 63.4 percent of adults in Australia are overweight or obese. That’s over half our population who are now at risk of cardiovascular disease, some cancer, Type 2 diabetes, and many musculoskeletal conditions.

Despite countless diets, exercise programs and medications, the obesity epidemic is showing no signs of slowing down in Australia and worldwide.

However, a study into the potential of a new weight-loss drug may provide some hope to control the obesity crisis. Published in the New England Journal of Medicine in July, the study focused only on two morbidly obese teenage girls, but the results were dramatic.

The two unrelated girls, aged 17 and 18 at the start of the treatment, had a history of weight issues dating back to infancy. Their weight was on the extremely high end of the spectrum as 1-year-olds and it continued to rise. At age 17, their weight was almost triple the average for their age.

At the start of the treatment for the new drug setmelanotide, the 17-year-old weighed 152.5kg and the 18-year-old weighed 154.5kg. After undergoing the trial, one of the girls experienced a 33% weight loss in 42 weeks, and the other more than 13% in just 12 weeks.

In an interview, the lead author of the study from Charité hospital in Berlin Peter Kühnen said for months after the initial period of the treatment, the participants continued to lose weight with no problematic side effects evident.

The new drug therapy is designed to treat a rare genetic problem which results in obesity.

“If you think of yourself at the hungriest moment of your life, that’s how these patients feel every minute of every day,” said Dr Keith Gottesdiener, a co-author on Dr Kühnen’s report and chief executive of Boston-based Rhythm Pharmaceuticals, who produce setmelanotide.

The disorder is due to a defect in the POMC-producing gene. Pro-opiomelanocortin or POMC (pronounced “pom-see”) is a substance that alerts your brain when you’re full.

When you eat, the fat cells start producing the leptin hormone. Leptin stimulates the gene to make POMC, which is comprised of key hormones, one of which sends a message to brain receptors that you’ve reached satiety.

The POMC-producing gene was found defective in the two girls and others who are a part of the trial. The setmelanotide drug acts to directly stimulate the melanocortin-4 receptor in the brain, essentially ending hunger.

After trialling the drug, the two teenage girls reported a reduction in their hunger score by 80%. A decrease in appetite appears to be not the only benefit of setmelanotide. Dr Gottesdiener says the added benefit is that it can increase the patient’s energy output.

Trials of the drug are set to continue, but they’re some time away

It’s estimated that only a few hundred people suffer from the POMC-producing gene defect. According to Dr Kühnen, they have “absolutely no other option” than to use this therapy. However, the defect is not just reserved for humans. The POMC-producing gene has been found defective in the Labrador dog breed and as a result, they become obese. There’s potential for the drug to treat pets too!

In 2015, the U.S. Food and Drug Administration approved setmelanotide as an “orphan drug” and “breakthrough therapy”. This means the drug works in the treatment of rare disorders and can be fast-tracked for scientists and patients.

The researchers of the study are continually focusing on the POMC-producing gene defect and other similar mutations. They are, however, very cautious about giving false hope to obesity sufferers as they’re aware this has occurred with weight loss drugs in the past.

The potential for wider obesity trials to begin are still some time away, but the researchers appear optimistic. The authors of the report in the New England Journal of Medicine write “We speculate that setmelanotide may also be effective in non-genetic forms of obesity.”

Cosmetic surgery, a realistic option for many

While the new breakthrough treatment has produced a new ray of hope for many suffering from both genetic and non-genetic forms of obesity, the reality is the drug won’t be making it on the market anytime soon. In America, it takes an average of 12 years, three phases of trials, and over $US300 million to develop a new drug.

For many, the battle to lose weight is endless. Fad diets are proven not to work long term and for some, the consistent disappoint and struggle can be utterly exhausting.

Advancements in cosmetic surgery have meant overweight and obese people have a realistic option to lose a large amount of fat in an effort to lead a healthier lifestyle.

Mega Liposuction is one such treatment, where under conscious sedation a large amount of fat is removed. Patients will only require one week off to recover, and some will see noticeable results in just six weeks.

A study conducted by the ASPS found liposuction not only removed the fat forever in obese women but also created a better shape. This is even the case if you put weight back on, as the fat is more evenly distributed.

While Mega Liposuction can remove up to ten litres of fat, it is not a substitute for a healthy diet and regular exercise. If you’re considering liposuction as a means to get rid of excess weight, it’s worth cleaning up your diet and starting an exercise program prior. This will not only help you in recovery, it will also help you maintain the results long-term.