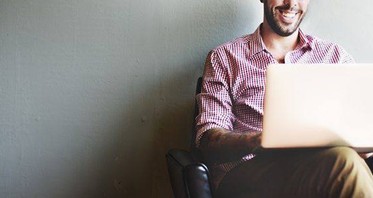 Silicon Valley, home to high-tech corporations and thousands of start-ups, is also the place of biohacking enthusiasts trying to improve their health and wellbeing.

Nootrobox, a “smart drug” subscription service, is one of these young start-up companies that are looking to hack the body’s systems to enhance their mental fitness and extend their lifespan. Besides making supplements of cognition-enhancing compounds, the team are part of a growing community called WeFast.

WeFast is a club of intermittent fasters who believe the lifestyle of fasting is key to longevity, productivity and maintaining a healthy diet. The club serves as a hub for people world-wide to engage in intermittent fasting and biohacking.

The effects of intermittent fasting

Intermittent fasting is a term used to describe several forms of fasting that transition from periods of eating to periods of fasting. The fasting window will depend on the method you choose. The two most popular protocols are the 16:8 and the 5:2.

As part of the 16:8, you fast daily for 14-16 hours and eat for 8-10 hours. For example, if you consume your last meal at 8pm, you don’t begin eating again until noon the following day. During the 5:2 fast, five days a week you eat as normal and on two days you restrict your intake to 500 calories.

Regardless of which protocol you choose, studies have found you can start reaping the benefits of fasting in as little as 12 hours. Some of these benefits include:

The life of a faster in Silicon Valley

The entire company at Nootrobox fast on Tuesdays. Brandt jokes that fasting isn’t part of the company policy. ‘No one’s getting fired for eating on Tuesdays,’ he laughs. ‘We’re not slapping sandwiches out of people’s hands”!

The team meet up with a group of Wefast members every Wednesday at a local restaurant for breakfast. By the time they sit down to eat, most of the fasters haven’t consumed anything beyond water, tea or coffee in about 36 hours.

Brandt says when he fasts, there’s no need to worry about the afternoon food comas or problems with digestion. He’s never thinking about where his next meal is coming from, instead he is highly focused on his work.

When social media manager, Zhill started at Nootrobox he was initially shocked that the team voluntarily fasted. In his first week he decided to give intermittent fasting a go and found himself thinking more clearly throughout the day and having more time.

Fellow co-worker Paul Benigeri, started intermittent fasting before he began working at Nootrobox, which was no doubt a tick on his CV. While most of his friends and family couldn’t get their heads around the concept of starting their day without a hearty breakfast, Benigeri knew there was something beneficial about maintaining this lifestyle. When he began working with Nootrobox, he was surrounded by a group of people who all had an interest in biohacking.

This is the environment the Nootrobox founders set out to create. A community where people trade stories and tips on fasting, and feel empowered to hack the human body!