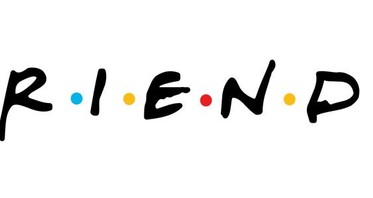 Hollywood stars, in particular women, have been long-term supporters of plastic and cosmetic surgery. The demanding on-screen business and a critical audience has no doubt fuelled its popularity as many battle against ageing.

Courteney Cox was just another actress to dabble in plastic surgery admitting to New You magazine in 2013 she’d try anything that kept her looking young. In an interview with New Beauty last month, the 53-year-old former Friends star admits she had felt pressured to undergo plastic surgery and now regrets having the work done.

“I grew up thinking that appearance was the most important thing. That’s kind of sad because it got me in trouble. I was trying so hard to keep up, and I actually made things worse,” Cox said in her interview.

Doctors encouraged her to get more work done at every consultation

It wasn’t just the movie industry and media that put pressure on the actress to maintain her youthful looks. Cox spoke of plastic doctors encouraging her to go one step further at every consultation.

“[W]hat would end up happening is that you go to a doctor who would say, ‘You look great, but what would help is a little injection here or filler there.’ So, you walk out and you don’t look so bad and you think, no one noticed—it’s good. Then somebody tells you about another doctor: ‘This person’s amazing. They do this person who looks so natural.’ You meet them and they say, ‘You should just do this.’ The next thing you know, you’re layered and layered and layered. You have no idea because it’s gradual until you go, ‘Oh shit, this doesn’t look right.’ And it’s worse in pictures than in real life,” she told New Beauty.

Related: Ms Cox, 51, is unrecognizable with puffy cheeks at LA event making her appear as if she had work done

In the media headlines like ‘What happened to Courteney’s face?’, ‘You look horrible!’ and ‘Courteney Cox – Plastic Surgery Disasters’ were surfacing.

“But I’d see pictures and think, ‘Oh, is that what I look like?’ And I’d ask a friend and they’d say, ‘Oh God, no.’ And I never thought of myself as being delusional. I think photographs do show up worse, so when people in the world see you and write comments that are usually mean, I think, ‘t can be worse than what it really is.’”

It wasn’t until a close friend told Cox she’d gone too far that she listened.

“I have one friend who was like, ‘Whoa, no more!’ I thought, I haven’t done anything in six months. I didn’t realise.”

Since then, the actress has had her fillers dissolved and is living as natural as she can be. “I just live more honestly. I’m much more authentic to who I am”, she said.

Cosmos Clinic have turned clients away

It’s not uncommon for Cosmos Clinic to turn clients away, just like Cox, who have unrealistic expectations. For us we stick to the motto “keeping it real”. All our staff look natural and don’t lose sense of reality because they understand cosmetic surgery isn’t a tool to defy the ageing process or transform your looks entirely. When administered correctly, cosmetic surgery can enhance your features and physique, making you feel more confident in your own skin.

Cox’s regrets about plastic surgery is a timely lesson for anyone considering more procedures or jumping from one doctor to the next based on a friend’s recommendation. Unfortunately, there are practitioners in the industry who believe they can do a better job than that has already been performed or who are not willing to say know. You only have to watch an episode of Botched to be aware of that.

At Cosmos Clinic, we know there is a fine line that when crossed can turn your natural appearance into a look that Cox admits was “fake”. We’re also aware, cosmetic surgery can become addictive for some and it’s the responsibility of the doctor to say enough is enough.

“Things are going to change. Everything’s going to drop. I was trying to make it not drop, but that made me look fake. You need movement in your face, especially if you have thin skin like I do”, she said.

Cox admits she doesn’t know what the future holds for her in regards to undergoing more treatments, however she knows she wants to remain as natural as possible. In her interview, Cox says she believes in rejuvenation treatments for the skin like lasers and microneedling to help with ageing.

“I spent a lot of time people-pleasing in order to be liked”, says Cox who now concentrates on eating a healthy diet, a regular beauty regime and keeping fit to maintain her youthful looks.