Is the label “pre-diabetic” helpful? 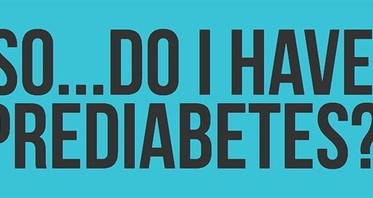 Diabetes is the fastest-growing chronic disease in Australia.

It’s believed 2.45 million Australians are pre-diabetic and one person every 5 minutes will be diagnosed with diabetes. These statistics are rapidly rising with the prevalence of diabetes in Australia increasing 7.2% each year since 2000. In fact, the term “pre-diabetic” didn’t even exist 10 years ago!

The growing world-wide prevalence of pre-diabetes has prompted the launch of the American website doihaveprediabetes.org. By simply asking nine questions including your gender, race, age, height, weight and activity level, the site claims it can assess whether you’re pre-diabetic and at risk of developing Type 2 diabetes within just a minute.

The test has the backing of some big names in health and disease prevention including the American Diabetes Association, the American Medical Association and the Centers for Disease Control and Prevention (C.D.C). So, the results from this basic test should be taken seriously, right?

The reliability of the pre-diabetic test is questionable

Over 292,000 people have participated in the pre-diabetes campaign since it launched in January 2016. According to a recent analysis of the test published in JAMA Internal Medicine, the reliability of the test however is questionable.

The study conducted by Tufts Medical Centre, Boston, Massachusetts found that of Americans over 60 years old, 80 precent would receive a warning that they’re likely to be pre-diabetic and at a high risk of developing Type 2 diabetes.

According to researchers, the test suggests a total of 73 million people would be at high risk of pre-diabetes. American Diabetes Association state that fewer than 30 million Americans have been diagnosed with Type 2 diabetes.

“It’s not a scientific tool,” lead author Dr. Saied Shahraz said about the online test. “A predictive model should be able to single out the high-risk people” — those most likely to benefit from interventions, research has shown.

“This one tells everyone they’re high risk. It’s completely unbelievable.”

A “pre-diabetic” label may not be all that helpful

Dr. Shahraz explains the test is all about “medicalisation”. The online test acts to define a condition that’s previously been considered normal and stressing it requires medical attention, monitoring and possibly treatment.

Dr. Victor Montoir, an endocrinologist and diabetes specialist at the Mayo Clinic is also doubtful about the benefits of online test sites like doihaveprediabetes.org. “Identifying people and putting this label on them — does that help them?” he questions.

The test highlights one of the contributing factors for diabetes is age stating “as you get older, you’re more likely to have prediabetes.” Dr. Victor Montori notes older people will naturally see their blood sugar levels rise due to the pancreas producing less insulin. Over time the body then becomes more resistant to insulin.

“They’re healthy, and this campaign will make them feel sick.”

The online test is designed to help initiate a “conversation”

“This tool is intended to help start a conversation”, says Ann Albright who oversees the C.D.C diabetes division. “The purpose is not to give people a clear-cut diagnosis. It’s to give them an idea of where they stand.”

Ad Council CEO and president, Lisa Sherman said in creating the online test their “hope is that this online test and other campaign materials make it easy for people to know where they stand and will motivate them to take steps to reverse their condition.”

While medical experts express concerns campaigns like this are instilling fear in people, Albright says disputing the validity of the test “has distracted the conversation intended to help raise people’s awareness, put it on their radar, get them talking to their physicians.”

Prevention a better approach over labels

“It [the test] falsely identifies a big majority of the population as having prediabetes while they are in fact normal,” said Shahraz. This he notes, is “diluting the risk substantial”.

Editor-in-chief of JAMA Internal Medicine Dr. Rita Redberg, says the study shows how indicators of health can be used to create their own medical condition; in this case blood sugar and factors such as age and weight.

“We suggest a better approach to preventing the epidemic of obesity and its multiple health-related complications is emphasis on healthful diet, weight loss when appropriate, and increased physical activity,” she stated.

By overstating the risk of pre-diabetes, the test potentially drives people unnecessary to seeking medical treatment and fuelling worry. “It’s an attempt to improve behaviour with fear,” said Dr. Jeremy Sussman, a diabetes researcher at the University of Michigan.

Currently, the first line treatment of pre-diabetes is to make healthy lifestyle changes including reducing weight, conforming to a healthy diet and increasing the person’s activity levels. Dr. Shahraz says “If I have a patient in my office and I define her as having prediabetes, I don’t have anything to tell her besides, ‘Get more exercise and control your diet.’”

Dr. Shahraz notes that these lifestyle interventions are so generic and common that “we should recommend them to anyone, including healthy people.”