Is a Low-Carb Diet the Best Way to Lose Weight? 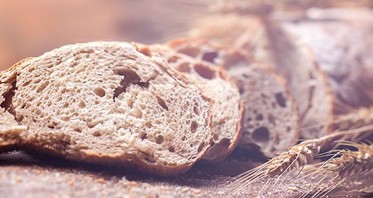 The low-carb diet was first made famous by the incredibly popular Atkins diet comprised of high protein, medium fat and low carbohydrate.  The core concept of the diet was that blood-sugar would remain consistent and food cravings would reduce.  Eating meat, seafood, dairy and vegetables claimed to “flip the body’s metabolic switch” so that instead of burning carbs our body’s would burn fat.

For years there has been debate over what diet is the most effective for weight loss, in particular, low-carb versus low-fat.  A recent study suggests low-carb diet is a clear winner but is it really the best way to lose weight?

Tulane University in New Orleans published a yearlong study in which obese participants were divided into two groups: a low-carb group and a low-fat group.  On the surface the results seemed to speak for themselves with the low-carb group reporting greater weight loss and experienced an improvement in a variety of predictors of heart disease. But there are some interesting details that seem to have been lost within the headlines.

These details may make the message leading nutrition experts and fitness enthusiast have been trying to communicate over the years resinate.  To achieve weight loss there is no ‘one fits all’ diet approach or one food group responsible.

The 2014 trail comprised of 148 participants, 90 percent whom were women.   Unlike previous trials into the effects of a low-carb diet, the researchers included more African-Americans with over half involved in the study.  However, there were no Asians and a very low number of Latin-Americans involved.

As mentioned, the participants were divided randomly into two groups:

Both groups were provided with a meal replacement designed to suit both individual diets and dietary counselling throughout the duration of the study.  This was to help streamline the results as by radically adjusting the diets of participants who had eaten a standard American diet for so long was bound to result in struggles as they change their habits.

Self-reporting can lead to inaccurate results

While the study had a reasonably high completion rate of 80%, elements of the study including calories and adherence were not directly controlled by the research team.  Self-reporting in this manner can lead to inaccurate results and should be taken in consideration when making judgment on the study.  In fact, the average amount of calories reported by the participants was 2,000 per day, which seems unlikely given they are of an unhealthy weight and the recommended daily intake for women of 60kg is between 1800-2350 [1] depending on the level of activity.

Initially, the participants of the low-carb group were advised to eat under 40g of carbs per day, which is incredibly low, but didn’t manage to reduced their intake that much.  In the first three months, participants slashed their carb consumption down from approximately 240 g per day to under 100g.  However, this was not sustained and the average carbohydrate intake rose to about 130g per day soon after.

Replacing the carbs, participants increased their protein intake to 25 percent, but ended up eating a similar amount of fat as they previously did.

Interestingly, the low-fat group’s diet didn’t differ greatly from the average American diet.  The participant’s fat intake reduced by 5 percent to 30 percent of the total calorie intake.  This reduced their overall calorie intake by 500 calories per day and their overall fat consumption reduced by about 30 g per day.  To put that in perspective, two fatty hamburger patties are about 30g, so it is quite a significant decrease.

Unfortunately, this group replaced the missing fat in their diets with carbs.  In some cases, this was up to 50 percent of their total calories! You would there-fore think that they would have put on a considerable amount of weight during the year.

Both diets saw a loss in weight

So while the low-carb group lost the most weight, the low-fat group also lost a decent amount of weight even when they were eating more carbohydrates.

The results indicate that the low-carb diet was more successful because they reduced their carb intake, included more protein and ate about the same amount of fat which equates to a reduction in calories.  So the weight loss may not be simply accredited to the reduction in carbs.

Our body composition changes as a result in an imbalance between the nutrients we ingest, like protein, fat and glycogen (a form of carb).  How our body uses this stored energy to perform everyday functions effects our body weight.
Highly accurate studies measuring calorie intake have shown there is no difference in weight loss based on the composition of the diet.  In these studies, high-protein diets are just as effective as high-carb diets when it comes to weight loss.

The metabolic rate refers to how much energy our body has expended in a certain period of time and is highly dependent on the composition of our diet.  Protein for example, is well known to result in a greater increase in energy expenditure for longer when compared with consumption of carbs or fats.

In the whole scheme of things, the composition of the diet on total energy expenditure is relatively small.  When thinking about energy expenditure, the saying “a calorie is a calorie” is a pretty reasonable estimation.

Takeaways from the study to help you lose weight

In the short-term it appears that diets with a similar calorie content results in a similar weight-loss in the short-term.  Why? Because the body cleverly adapts rapidly to any changes in protein, fat and carb intake levels.

So is jumping on a carb diet going help you lose weight?

The answer is, most likely.  But it is a combination of things, in particularly a higher intake of protein that makes the difference.  Perhaps consider eating less and variety of whole, real foods is a better aim.