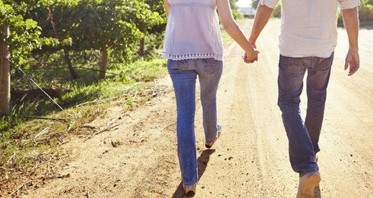 It’s no secret that one of the top unwelcome changes for women experiencing menopause is weight gain. At our clinic, we meet many women who struggle to shift the bulge around their midsection that has snuck up on during this period of metabolic change. Most haven’t changed the way they have been eating or significantly reduced their exercise, but are still seeing an unsightly roll develop over their jeans.

And let us tell you, these women we meet in our consulting rooms are not alone. About 30 percent of women in Australia between the ages 50 – 59 are not just overweight, but are obese. According to The Australian Institute of Health & Welfare, this extra weight gain is generally redistribute into the waistline area as women’s age increases. The risks of carrying this additional abdominal fat are high and go well beyond vanity concerns. These include elevated blood pressure, heart disease and diabetes, just to name a few.

Why weight gain occurs after menopause

There are several factors that contribute to weight gain after menopause and make losing the unwanted kilos an extra challenge. There is no scientific evidence, however, that menopause itself is solely responsible; alterations in the body composition and fat distribution are more likely caused by hormonal changes according to the University of Pittsburgh’s Department of Epidemiology. 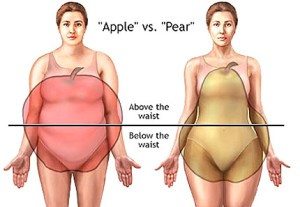 As women age, their metabolism naturally slows and their lean body mass decreases while body fat tends to accumulate. Changes in hormones can compound this transition particularly the lowering of oestrogen levels after menopause, which can cause fat storage to shift from the thighs and hips straight to the abdomen. So if you have seen your pear-shaped body transform into more of an apple-shape of the last few years, this could be why.

A 2008 study published in the Metabolism Journal found that while body weight and waist circumference did not change with menopause, total abdominal fat, subcutaneous fat and visceral fat all significantly increased during this period despite no change in physical activity.

It was further found in an article published in the JAMA Archives of Internal Medicine, women aged between 42-50 years old gained an average of 2.5 – 4.15 kg during a 3-year study period. Where 20 percent of women gained 4.5 kg or more, only 3 percent lost 4.5 kg or more.

It is clear from this research weight gain for women after menopause is a natural change, but one we don’t necessarily want!

The hormone oestrogen is a chemical substance produced by the ovaries and the body’s fat tissue. Together with testosterone, these hormones are essential in the growth, maintenance and repair of reproductive tissues as well as influence other tissues throughout the body and bone mass.

In the menstrual cycle, oestrogen causes the eggs to mature as well as helps the thickening of the womb lining. During pregnancy, the levels of oestrogen are seen to increase before lowering quickly back down to normal levels. This process is thought to contribute to the cause of post-natal depression.

Oestrogen is made up of oestriol, oestradiol and oestrone which each have their own responsibilities within the normal functioning of the body. Oestrone is the main hormone present after menopause as the function of the female ovaries diminishes.

An imbalance of oestrogen can occur through various factors and more often than not, this imbalance is seen when the hormone levels are low. Excess oestrogen is rare but can be due to the use of oral contraceptives or hormone replacement therapy (HRT) during menopause. Low levels of oestrogen can occur due to poor diet, excessive exercise and diseases of the pituitary gland in addition to ageing.

According to the review ‘Understanding weight gain at menopause’, the hormonal changes women experience mainly begin to occur during the perimenopause stage. That is, the period during which the women’s body is making the natural progression towards permanent infertility. Most women start to experience this change in their 40’s but some can notice the signs as early as their mid-30s. Research suggests the hormonal changes through perimenopause substantially contribute to the increase in abdominal fat which leads to serious health concerns.

A recent study co-authored by the Mayo Clinic has discovered exactly why this drop in oestrogen levels causes weight gain. The results of the study revealed when the oestrogen levels are reduced, proteins cause fat cells to store more fat. The body also may use starches and blood sugar less effectively making it much harder to lose weight.

Unfortunately, that isn’t all. These cellular changes not only encourage fat accumulation but they also slow down the fat-burning by the body. Although you might feel you are consistently fighting a losing battle against the ‘post-meno belly’ fat, the study’s author, Dr. Michael Jensen an endocrinologist at the Mayo Clinic, states “it doesn’t mean you’re absolutely doomed, but it does mean it’s going to be harder” to lose the extra weight.

In animal studies, those with lower oestrogen levels tend to eat more and be less physically active. According to Mayo Clinic, this reduction of physically active is also seen in at least 60 percent of adults and this percentage increases with age. There is also evidence to suggest the reduced oestrogen levels can contribute to a lower metabolic rate. This means the body’s ability to convert stored energy into working energy is slowed.

The effects of hormone replacement therapy on weight loss 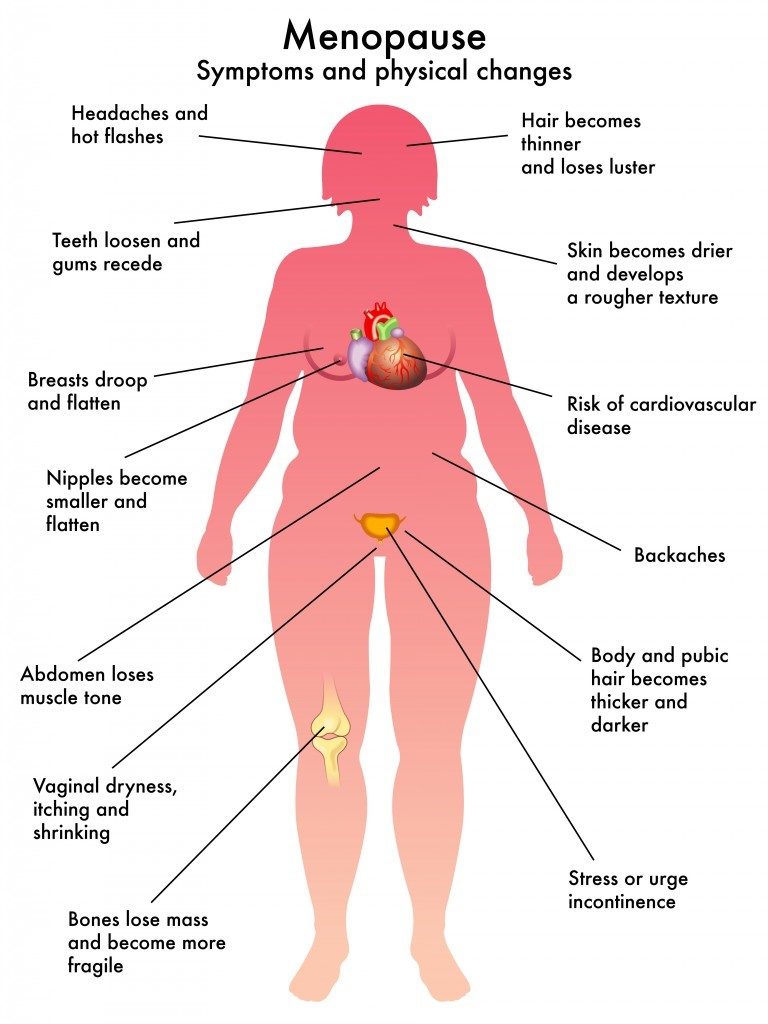 Hormone replacement therapy (HRT) in the past was often prescribed to women whose oestrogen as well as progesterone levels significantly drop as a result of menopause. HRT acts to artificially boost hormone levels and in turn reducing some of the symptoms associated with the metabolic change. Some of these symptoms that occur as a result of oestrogen levels declining, in addition to the accumulation of abdominal fat, include:

Over the years, studies have shown that HRT can improve muscle function, reduce heart failure, lower mortality and protect against brain aneurysms. As a result in 2002, HRT was commonly referred to as the “Elixir of Youth”, however, this opinion has deteriorated as more evidence started to link HRT with potentially life-threatening consequences. Worryingly, these include a greater risk of breast cancer and ovarian cancer. Consequently, the guidelines of HRT prescription has been adjusted and now doctors are only prescribing the drug in certain circumstances.

There have been inconsistent results in relation to HRT and weight gain. A 2013 study published in the Journal of Clinical Endocrinology and Metabolism found that women receiving hormonal therapy of oral conjugated equine oestrogen, averaged 1.0kg less weight gain over a 3 year period, than those who were assigned a placebo. However, with such high risks, it is safe to say HRT is no wonder pill when it comes to losing the extra belly fat gained in the lead-up or after menopause. Sorry ladies!

Shifting the weight gained during the period leading up to menopause and throughout can be a real challenge. Maintaining your current eating habits and exercise regime is not going to be enough to counteract the changes occurring within the body.

A 2012 study published in the Journal of the Academy of Nutrition and Dietetics found that changing eating behaviours were associated with weight loss. A reduction in desserts, restaurant eating, meats and cheeses, sugar-sweetened beverages and fried food showed a slight weight loss in the participants. Participants also saw positive results by increasing their intake of fish, fruits and vegetables. Another trial conducted by the Department of Epidemiology at the University of Pittsburgh found that weight gain and increased waist circumference experienced during the peri- to postmenopausal stages can be prevented with long-term dietary and physical activity changes.

What all studies have found is that shifting the weight gained throughout this stage is not easy, but is by no means impossible. The key is to eat less and up your exercise to combat the slowing of your metabolism. We recommend you:

After reading the various factors that contribute to weight gain after menopause, it probably comes as no surprise that more and more women are electing to undergo cosmetic surgery procedures like liposuction to help them get rid of the abdominal fat after experience menopause.

Cosmetic surgery by no means gives recipients a license to put their feet and devour cream buns without any consequences. Nor is it an easy way out. To maintain the desired results, these women need to continue to workout and adhere to a healthy diet. Sure, liposuction won’t stop your metabolism from slowing down, but it will help lose the dangerous abdominal fat and give you the extra motivation to keep it off.