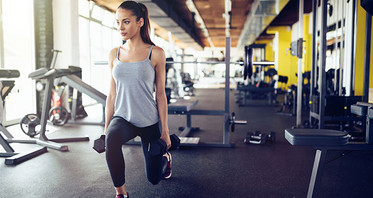 A new study has found those who engage in regular exercise have muscles that look like those of a 25-year-olds and respond quickly to the effects of inflammation.

It’s no secret we’re in the industry that helps people rejuvenate their face and body whether that’s through Dermal Fillers, Anti-wrinkle Injections or Liposuction with added skin tightening.

If you’re looking to hold onto your youth a little longer, this recent study published in the Journal of Applied Physiology is worth listening to.

The study has found regular exercise during adulthood may protect your muscle mass against cellular damage and age-related loss. Physical activity may also exert an anti-inflammatory effect, claim the authors of the study.

The study consisted of three groups:

The men’s thighs were measured as a muscle mass marker and blood and muscle tissue samples were taken in order to understand not only muscle strength or composition but it’s response to inflammation.

Inflammation is a normal reaction to stress or injury. When you endure strenuous exercise, be it resistance training or aerobic exercise, inflammation occurs to help repair and strengthen tissue.

It’s persisting inflammation that negatively affects our health. In fact, many health professionals would argue in the majority of chronic health conditions, inflammation is present driving or sustaining the issues. In the case of muscle health, inflammation may prevent them from growing larger and stronger even after physical activity.

It was immediately obvious from this data, the muscle mass reflected the age and the lifestyles of the participants. The youngest, active men had the largest thigh circumference, while the elderly sedentary men had the smallest. Those elderly men that engaged in regular physical activity had a muscle mass in between.

It has already been well established physically fit people tend to exhibit lower levels of inflammation than inactive people. But what hasn’t yet been determined is what happens to the inflammatory response active people of old age compared to those who have participated in minimal-to-no physical activity in their daily life.

To answer this question, the participants were asked to complete a short single session of lower-body weight training on a knee extension machine. This form of resistance training was chosen as none of the male participants lift weights in their daily life, so their muscles would experience unfamiliar stress regardless of their age and lifestyle habits.

A few hours after the strength training session, their bloods were taken and the men’s muscles were biopsied. The tissues were also analysed for inflammatory cells and gene markers.

The researchers found that the inflammatory response differed in the men of all three subject groups:

Although the study was small and the duration short, the research shows that starting regular training when you’re young may be key to keeping aging muscles healthy even when faced with inflammation.

The results also suggest a daily life of inactivity sets the muscles up to overreact to strain and struggle to recover from inflammation. This is likely to lead to fewer muscular gains when the individual does engage in exercise, even if that is targeted strength training.

Professor of exercise science at Ball State University in Muncie who oversaw the study says this information shouldn’t deter middle-aged and older individuals from engaging in regular training. “Even if inflammation gets in the way a bit at first, your muscles will respond and grow,” he tells the New York Times.

So if you want to look and feel young, reduce the risk of injury and look after your overall health, getting active as early in life as possible might be a key part of the puzzle.