Which Diet Will Help You Lose Weight and Keep It Off? 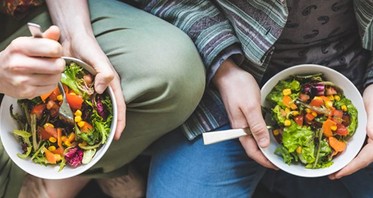 If you’ve tried to lose weight at some point in your life, you’re likely to have tried one of the many diets proclaiming they’re the answer to your weight struggles.

Atkins, Weight Watchers, ketogenic, raw food – the list of the most popular diets goes on and on. Each of these claims to help you shed the excess kilos by adopting either a low-fat or low-carbohydrate. Some diet companies may even suggest they’re the one for you based on your genetics. Then there are cosmetic procedure companies who promote liposuction as the ultimate weight loss tool or pharmaceutical companies who claim to have created the magic pill.

This study may settle the debate of which diet is best

Now a recent study has attempted to settle the debate of which is the best diet to kick those kilos to the curb once and for all. If you think low-carbohydrate is the answer, you may be disappointed. Likewise, if you’re pro low-fat to reduce your waistline this study may change your stance. That’s because the rigorous study conducted by researchers at Stanford University concluded people managed to lose weight regardless of which of the two diets they tried.

Perhaps the most interesting part of this study is what it didn’t prove. Let’s take a closer look:

This latest nutrition study was one of the largest with more than 600 participants ranging between 18 and 50 years old. They had a body mass index of 28-40 which classes the people as either overweight or obese.

Beyond their weight, the participants were healthy. The researchers had strict criteria exempting individuals taking medication for type 2 diabetes or hypertension, or those on statins as this could affect their ability to lose weight.

Each participant was randomly assigned to either a healthy low-fat diet or a healthy low-carbohydrate diet. Obviously, this was not a blinded study as they would know which group they were in based on their nutrition program.

Over the course of a year (an extremely long period for a nutrition study) the participants met for 22 information sessions. These were first held weekly and then made monthly in the last six months of the study.

Regardless of which diet the participants were assigned, they were encouraged to limit their intake of the avoided nutrient (i.e. carbohydrate-containing foods) to 20 grams per day over the first eight weeks. Then, participants were advised to slowly add the carbohydrates or fats back into their diets to the point they felt could be sustainable.

During the year-long intervention, everyone was encouraged to increase their vegetable intake, and reduce their added sugar, refined flour and trans fat consumption regardless of which diet group they were assigned. There was a focus on whole foods and processed foods were limited. Throughout the study, participants were encouraged to prepare and cook their food at home as much as possible.

How the results were measured

To analyse the success of each of the two diets or lack thereof, participants undertook a glucose tolerance test. This measures your insulin sensitivity which can be beneficial as insulin sensitivity or resistance can affect one’s response to a diet as well as how well they would stick to them.

As some believe genes play a role in weight gain and their sensitivity to carbohydrate or fat foods, the participants were genotyped. About 30 percent of the people studied were found to have a low-carbohydrate genotype, and 40 percent a low-fat genotype.

Data for the study were collected at three points during the year: at the beginning, six-month mark and at the year-end. As well as this, during the trial, researchers visited the participants unannounced three times to see how compliant they were.

It’s worth mentioning how well this study was conducted. It ticked all the boxes for a well-designed study of this type including a large cohort, long study period and two comparative diets. Results could be measured; there were several data collection dates and even unscheduled participant visits.

So what were the results?

The participants were found to have adapted their diet according to their group’s instructions.

Low-fat group: on average consumed 20 percent of their calories from fats and 48 percent from carbohydrates.

Low-carbohydrate group: on average consumed 45 percent of their calories from fats and 30 percent from carbohydrates.

While there were strong differences between their macronutrient intake, the amount of weight lost wasn’t significantly different.

At 12 months the weight loss averages were as follows:

It must be genetics or their insulin sensitivity that made the difference; we hear you say. Actually, no. Regardless of the amount of insulin secreted, no one lost more or less weight on either the low-carbohydrate or low-fat diets. Genes also made no difference to the amount of weight the individual lost.

What this study does and doesn’t tell us

This study tells us, there is no strong case for adopting either a low-carbohydrate or low-fat diet. Both diets performed so similarly from the amount of weight lost to the little gained when you look at the averages and the results at an individual level.

Let’s start which what this study doesn’t tell us:

While some believe this study proves eating a whole food diet, cooking at home and avoiding processed foods leads to weight loss, it doesn’t. While that was the instructions given to the participants, there wasn’t a control group where that advice wasn’t given. So it can’t be concluded that this was a proving factor, although we wouldn’t be surprised if it were a contributor.

It is also believed that this study illustrates how ditching the calorie counting method enhances weight loss. While participants weren’t instructed to count calories as they may do by following a diet such as Weight Watches, they did reduce their caloric intake by an average of 500-600 calories a day. They may not have counted them, but it doesn’t prove calories aren’t important for weight loss.

So, it must be the fact that they avoided added sugars throughout the study, right? Well, no. It wasn’t just the low-carbohydrate group that ditched the added sugars so there is nothing to prove about the impact added sugars have on weight loss.

Now, onto what the study does tell us:

The study does tell us that our genetics and insulin levels may not play as big a role as previously thought in weight loss. There are studies that do conclude this as a key factor, but they either had a smaller cohort, shorter trial period or weren’t as well-designed. It is still possible our genetics and insulin levels influence weight loss, but may not be as significant as once thought.

The study also tells us that support during the weight loss period may be essential to achieving positive results. The individuals regularly met with others and received significant guidance throughout the study.

It’s worth keeping in mind, the focus of the study was mostly on individuals who were classified as obese. Adopting one of these diets in a similar manner may not be as effective for those who are only looking to lose just a couple of kilos or to refine their figure in a similar way to Coolsculpting.

What this study tells us is that there is no one diet that will be effective. It highlights we need to be a little more wary of the extravagant claims diet companies make. Successful diets are those that you can adhere to long term. They’re the ones you’re likely to see the slow changes, not those that help you lose weight drastically.

What should you take away from this study? There’s no one diet, one pill or one cosmetic procedure that will end your battle with the bulge. Finding a diet that you can stick to, that suits your lifestyle and that doesn’t leave you deprived is the best diet for you. No study, no matter how well designed, will tell you that.